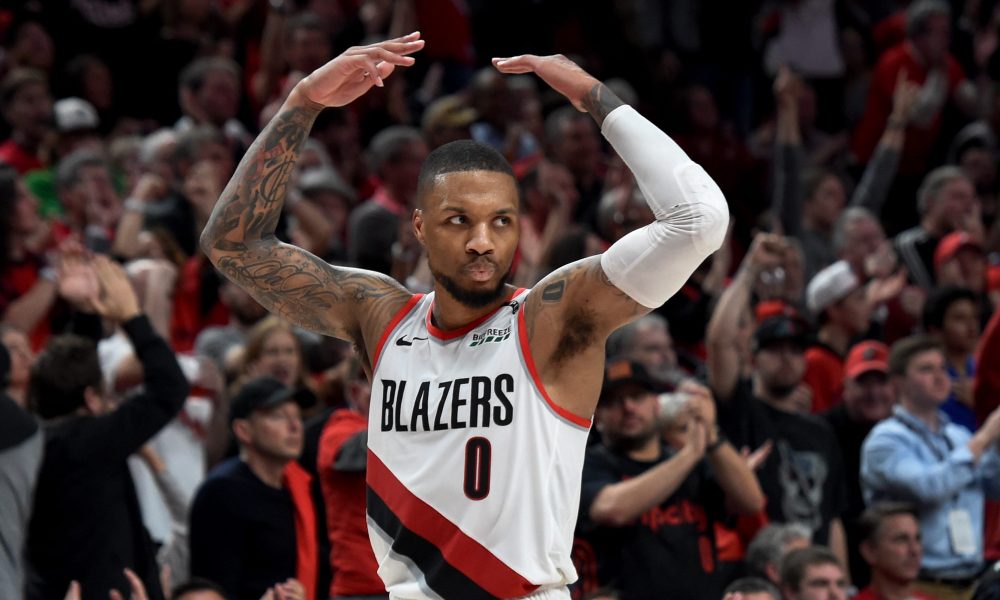 In what was the lowest combined total game score of the current season, the Boston Celtics did just enough on offense as they defeated the Indiana Pacers, 84-74. Star point guard Kyrie Irving topscored with a game-high 20 points, and also tallied 7 assists, 5 rebounds and 2 steals. Stretch forward Marcus Morris also contributed 20 markers, while sophomore forward Jayson Tatum chipped in 15 points and 2 steals. The game started on a really slow note, with both teams tied at 20 after the opening quarter. Then Indiana took over with a seven-point halftime lead, but that proved to be the visiting team’s last hurrah. The Celtics broke the game apart by holding the Pacers to just 8 total points in the third quarter, giving themselves enough cushion in regulation.

Despite not having defensive ace Marcus Smart in this round, Irving says that their defense is the key to this series, via the Celtics’ official team page in NBA.com.

“Yeah, I expected it. I just think that, just on the offensive end, there were things  that were going to happen, but defensively, I knew that out length, our versatility,  were going to be a positive for us, especially in this series. We know them very well. We played them four times throughout the year. We know each other pretty well. Defensively I knew we were going to be in the right spots. It was just matching that effort, being smart about it, knowing who we want to gap off of. Really just focusing on the game plan. Just doing the right things.”

The Pacers struggled massively on offense, with only two of their players finishing in double-digit scoring. Veteran combo guard Cory Joseph came off the bench to scatter 14 markers, while Bojan Bogdanovic had a quiet scoring night of 12 points with no made three-pointers.

Blazers backcourt duo puts on a show against visiting Thunder

The Portland Trail Blazers relied on the able shoulders of superstar Damian Lillard as they turned back Russell Westbrook and the Oklahoma City Thunder, 104-99. Lillard led all scorers with 30 points, while also filling the stat sheet with 4 boards, 4 assists and 3 steals. His backcourt partner CJ McCollum netted 24 points and 6 rebounds, and starting center Enes Kanter pulled in a double-double of 20 points and 18 boards in the win. It was a game of runs in the first half as the Blazers erected a 14-point lead at the end of the first canto, only to see their lead trimmed by the Thunder to just six entering the second half. In regulation, Portland had a comfortable 91-83 lead with just four minutes remaining on the clock, but the Thunder launched a 9-2 mini-run, capped off by a Paul George triple to cut the deficit to one. Then Lillard, one of the best clutch performers in the league, hit a deep three-pointer to put the Blazers up by four, dampening the Thunder’s hopes to stealing homecourt advantage in Game 1.

Lillard says that the team’s ability to stand to pressure and weather the Thunder rally was of vital factor to the win, per the Associated Press.

“We knew it was going to be a fight all night long. Even at the beginning of the game when we were up like 17 at one point, I wasn’t looking at the scoreboard like, ’Let’s put them away.” I was like, ‘Let’s just stay solid, keep competing, keep playing hard.’ And then when they make their runs, and when they get back in the game, (you)   just weather those storms.”

The Thunder, who had the golden opportunity to steal one in Portland, had big games from Westbrook and George. Russ finished with another triple-double of 24 points, 10 rebounds and 10 assists, while PG13 scattered a team-high 26 markers, on top of 10 boards and 4 steals.

The league-best Milwaukee Bucks played well above expectations as they carved a convincing 121-86 victory in their series opener against the Detroit Pistons. Leading MVP candidate Giannis Antetokounmpo proved to be unstoppable as he completed a double-double of 24 points, 17 rebounds and 4 assists, including coast-to-coast layups and dunks that set the tone for the dominant Bucks. All five Milwaukee starters scored in double-digits, while George Hill and Pat Connaughton came off the bench to contribute 16 and 10 markers, respectively. The Bucks stormed off the gates with a massive 38-18 lead at the end of the first quarter, leaving the Blake Griffin-less Pistons no chance to salvage the night.

Bucks starting point guard Eric Bledsoe, who had 15 points and 5 assists, says that the team’s defensive schemes were clearly the x-factor in the win, per the Associated Press.

"I think it was top-notch today. Brook was protecting the paint all night. We were  getting steals, playing our game and getting out in transition. We started early so that helped us out."

Sophomore shooting guard Luke Kennard was the lone bright spot for the Pistons, finishing with 21 points on four made three-pointers. Andre Drummond had a double-double outing of 12 points and 12 boards, but was ejected after a hard foul on Antetokounmpo. Detroit played without Griffin, who is still recovering from a knee injury and is reportedly out for the team’s first-round contest against Milwaukee.

Even the Utah Jazz vaunted defense stood no chance against superstar guard James Harden as The Beard and the Houston Rockets take Game 1 with a commanding 122-90 victory. Harden carried the leadership mantle with a brilliant showing of 29 points, 10 assists and 8 rebounds, while young budding center Clint Capela came through with 16 points and 12 boards. While star playmaker Chris Paul only had 14 points and 7 assists in the win, the Rockets supporting cast greatly helped in the winning cause as seven Houston players finished in double-digit points. Aside from their high-powered offense, the Rockets also displayed quite a masterful defensive outing, limiting Jazz scorer Donovan Mitchell to just 19 points and forcing Utah to a lowly 39% clip from the field.

The Jazz defense also experimented a lot with Harden, with defenders overplaying Harden’s left side to prevent him from going left. Still, the MVP award frontrunner found a lot of ways to be effective, saying that those schemes didn’t really affect him, per Salman Ali of the Rockets Wire.

“I’m not surprised at anything. I’ve seen literally every defense you can possible see. It’s just a matter of adjusting.”

Rudy Gobert led Utah with 22 points and 12 rebounds, while Ricky Rubio had 15 points, 6 assists and 2 steals in the loss. Small forward Joe Ingles disappointed the most for the Jazz, coming up with only 3 points on just one made field goal in the series opener.