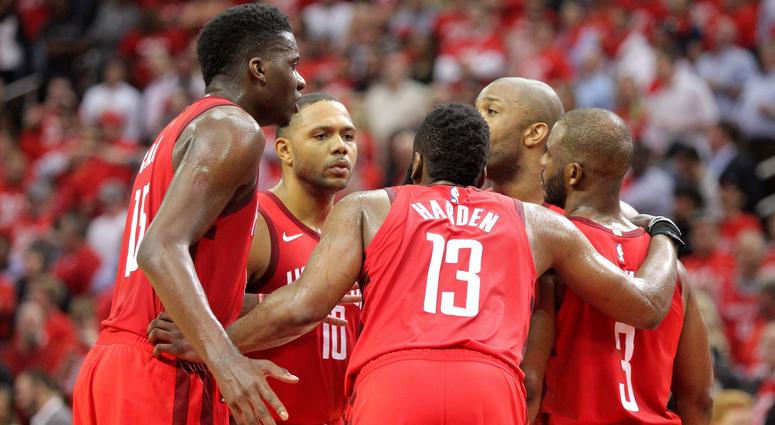 Rockets take Jazz out of the playoffs with Game 5 victory

More known for being a high-powered offensive team, the Houston Rockets relied on their underrated defensive schemes to carve a 100-93 win and officially take the Utah Jazz out of the postseason. James Harden turned in an MVP-worthy performance with 26 points, 6 rebounds, 6 assists, 4 blocks and 3 steals. Clint Capela contributed on the winning cause as he finished with a double-double of 16 points and 10 rebounds, and Chris Paul chipped in 15 points, 8 rebounds, 5 assists and 3 steals. But the name of the game was Houston’s defensive brilliance, forcing the Jazz to commit consecutive turnovers during the crucial stretches of Game 5. The Rockets also held Jazz star shooting guard Donovan Mitchell to miss 18 of his 22 total shots, scoring only 12 points and committing 5 miscues in the deflating loss.

Paul, who has played against numerous elite contenders in the playoffs, says that the tough Jazz match-up will improve their character moving forward, per Martin Rogers of USA TODAY.

"That’s a good team over there. You know how deep the West is. We knew they weren’t going to go away easy. That’s how it is in the playoffs, it is totally different to the regular season. By the time you get to Game 5 everybody knows (how you   play)."

Jazz point guard Ricky Rubio led the way for the visiting team with 17 points, 11 assists and 3 steals, though he missed a crucial three-pointer that could have given Utah enough leverage to make the game more interesting in the dying seconds. Royce O’Neale had 18 markers off the bench, but both Mitchell and Rudy Gobert combined for only 21 points. Jazz head coach Quin Snyder reiterates that he is still proud of his squad despite the first-round exit, per the team’s official page in NBA.com.

"It wasn't the prettiest game. Sometimes that's the case when you have two teams that really want to win and are competing. Houston's such a unique team, and they're really difficult to play against."

The Jazz will face an interesting offseason as they try to pair Mitchell with another potent scorer to improve the team’s offensive power. For the Rockets, they will have a couple of days rest as a potential semi-finals match-up with the Warriors is on the horizon.

Pushed to the brink of elimination, Lou Williams and the rest of the Los Angeles Clippers answered to the call as they defeated the Golden State Warriors, 129-121, extending their season to another game. Williams was instrumental in regulation, putting up consecutive clutch baskets as he topscored for the Clippers with 33 points, on top of 10 assists and 4 boards. Danilo Gallinari produced 26 points and 7 rebounds, while Montrezl Harrell came off the bench to tally 24 markers. A Williams incredible four-point play in the dying minutes turned on the spark for the Clippers as they relentlessly fought all odds to bring back the series to Los Angeles, where they have the golden opportunity to tie the series and force a Game 7 in Oakland.

Clips head coach Doc Rivers praised his feisty squad for squashing the odds against them and playing great basketball against the defending champs, via The Canadian Press.

"I don't want to get ahead of myself. They're up 3-2 still, but I just loved how we  played, I really did. All we talked about is being us. I told our guys, they've been them in the series. We have yet to put a game where we are us through the game."

On the other hand, Warriors head coach Steve Kerr says that it was Clippers defensive point guard Patrick Beverley who spelled the difference in Game 5.

"I thought Patrick Beverley came in, just kicked our butts right away. He came out with more energy than we had and that set a tone."