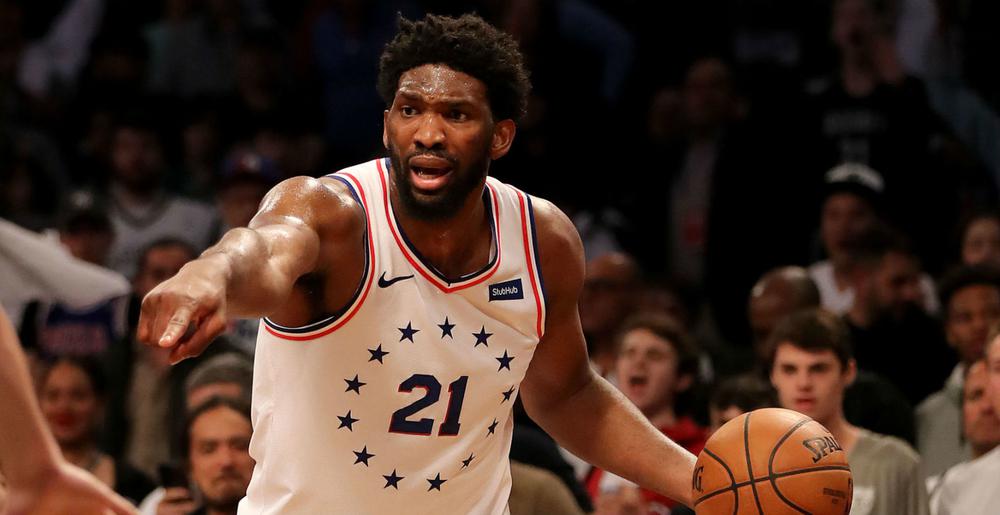 The Philadelphia 76ers got their character and chemistry tested as they hacked out a close-call 112-108 victory over the Brooklyn Nets, taking a 3-1 lead on their way back to Philly. After resting his knee during the Sixers’ Game 3 win, All-Star center Joel Embiid returned to complete a brilliant all-around performance of 31 points, 16 rebounds, 7 assists, 6 blocks and 2 steals. Tobias Harris tallied 24 points and 8 rebounds, while All-Star point forward Ben Simmons chipped in a near triple-double of 15 points, 8 boards and 8 assists.

The young Nets squad looked poised to even the series as they took a six-point lead entering the deciding quarter, and also made clutch shots at the end. A D’Angelo Russell dish to the cutting Joe Harris gave Brooklyn a 108-107 lead, but the Sixers would get lucky in the ensuing possession. It appeared that the Nets were about to steal the ball from a strong pass that Embiid failed to catch, but the Philly big man was able to reach it in time, tipping the ball to a wide-open Mike Scott at the corner. The 6-foot-8 stretch forward, who only had 8 total points in the win, launched the triple that deflated the whole Brooklyn crowd.

The playoff intensity heated up during a point in the game when both Sixers star Jimmy Butler and Nets veteran Jared Dudley were ejected from the game. Dudley gave Embiid a slight push when the latter fouled Nets center Jarrett Allen, sending Allen crashing to the ground. During the post-game interview, Embiid said that he didn’t retaliate because he is very valuable to his team, per Bryan Armen Graham of The Guardian.

“He’s a nobody. Opponents try to do stuff like that just to try and get us out of the   game. That’s why I didn’t react. I did not do anything and I didn’t think it was a  flagrant foul because I played the ball. In that type of situation I just got to stay  composed and be mature and let it go because my teammates need me more than [the Nets] need him.”

Usually utilized off the bench, Caris LeVert was inserted to the starting line-up and finished with a team-high 25 points, 6 assists and 5 rebounds. Russell had 21 points, 7 boards, 6 assists and 2 steals, while Allen pulled in 21 markers on top of 8 rebounds and 4 assists.

Nuggets rally past Spurs to even series

After starting out flat in the opening quarter, Nikola Jokic and the Denver Nuggets went on a spirited comeback to soundly defeat the San Antonio Spurs, 117-103. Jokic led the way for the West’s 2nd-seeded team as he scattered 29 points, 12 boards and 8 assists. Coming from a 6-point outing in Game 3, Jamal Murray returned with a bang as he put up 24 points and 6 assists in the pivotal Game 4 win. Another key piece in the Denver win was the performance of swingman Torrey Craig, who provided a needed spark as he made five of his seven attempts from beyond the arc and finished with 18 markers and 8 rebounds. Craig played 37 minutes in the game, after just playing a combined 29 minutes in the first three games of the series.

Nuggets head coach Mike Malone says that teamwork was the name of the game for his team, singling out Craig’s impressive night, per ESPN’s Ohm Youngmisuk.

"Our guys answered. It wasn't just vets. It was a lot of young guys. Torrey Craig gets his first playoff start. He was in the G League last year and he has that kind of a  game."

The Spurs, who failed to capitalize from their double-digit first quarter lead, got 24 points and 9 rebounds from All-Star big man LaMarcus Aldridge. DeMar DeRozan had 19 markers, but was ejected in regulation when he threw the ball in the direction of an official after what looked to be a bad foul call. Spurs’ Game 3 hero Derrick White was limited to just 8 points in the loss.

Despite a foul-plagued Giannis Antetokounmpo going unusually quiet on the scoring department, the Milwaukee Bucks still found a way to take down the Detroit Pistons with a resounding 119-103 win. All-Star forward Khris Middleton topscored for the Bucks with 20 points, 8 rebounds and 4 assists, while starting center Brook Lopez chipped in 19 markers, on top of 7 boards and 5 blocks. Antetokounmpo, who had 14 points and 10 rebounds, never got his rhythm going as he incurred five fouls in the win, forcing him to sit out long stretches of Game 4.

Bucks head coach Mike Budenholzer had heaps of praise for the balanced offensive attack that his squad has displayed, per Forbes’ Andrew Wagner.

“It’s great to see. I think it’s great for the group [to play without Giannis          Antetokounmpo]. Like we said before the game, you’re going to miss guys. Everybody has got to be ready and everybody has to understand what we want to do and how we want to play."

It was a frustrating loss for the Pistons, who got a huge boost from their returning All-Star, Blake Griffin. Griffin put up 27 points, 7 rebounds, 6 assists and 2 steals, but had little help from a Pistons squad that is still finding answers to counter Milwaukee’s excellent offense this series.

The Houston Rockets are in the brink of sweeping their first-round assignment as they take Game 3 of their match-up with the Utah Jazz via a 104-101 victory in Salt Lake City. James Harden, who only made three of his 20 total attempts, still finished with 22 points, 10 assists and 6 steals in the crucial win. Chris Paul tallied 18 markers and 4 assists, while Clint Capela logged in a double-double performance of 11 points and 14 boards. Harden didn’t make a field goal attempt until midway through the fourth quarter. However, The Beard stayed relentless in attacking Utah’s defense, making 16 trips to the foul line.

Harden reiterated that despite going 0-15 in the first three quarters, being aggressive as a scorer is his job on the floor, via the Associated Press.

"Keep shooting. Keep being aggressive. My job is to go out there and produce. Be aggressive and in attack mode. Nothing changes."

Donovan Mitchell led the Jazz with 34 points, 6 boards, 5 assists and 3 steals, but no other Utah player scored more than 10 markers in the loss. It was another wasted opportunity for the Jazz as they make necessary adjustments to extend their season beyond their Game 4 contest with the Rockets.