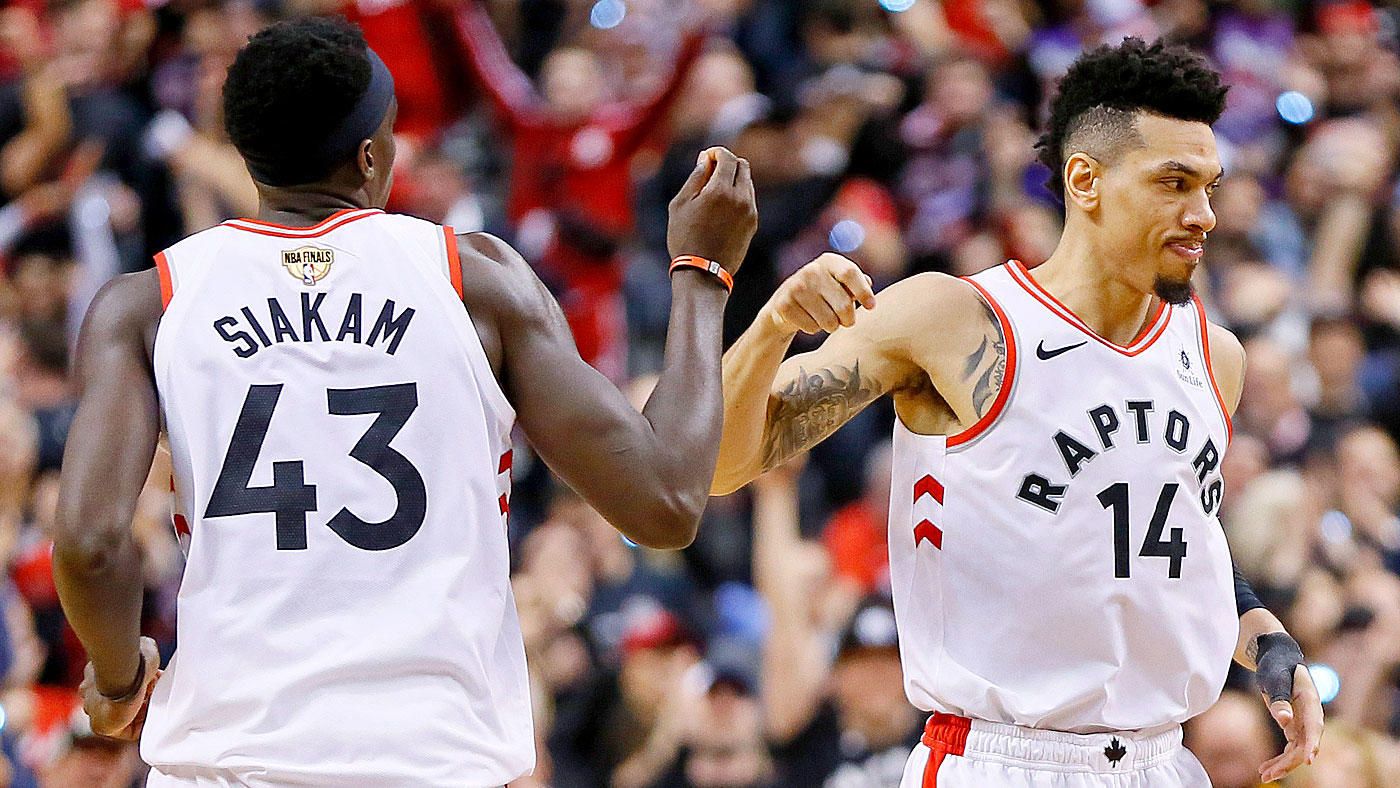 The Toronto Raptors proved that their first franchise NBA Finals appearance is no fluke as they played excellent basketball on both offense and defense as they turned back Stephen Curry and the Golden State Warriors with a morale-boosting 118-109 Game 1 victory. Young budding star Pascal Siakam negated any notions that the Raptors are a one-man show as he impressed with a very efficient night of 32 points built on a stellar 14-17 shooting clip, on top of 8 rebounds, 5 assists and 2 blocks. Kawhi Leonard had his usual effective performance of 23 points, 8 boards and 5 assists, while veteran All-Star center Marc Gasol scattered 20 points, 7 rebounds and 2 steals. The most interesting subplot of the game was Siakam’s surprisingly brilliant performance as he shook off any jitters caused by playing in basketball’s grandest stage for the first time. The young Cameroonian forward even made 11 consecutive shots at one stretch, scoring just from everywhere on the court – around the rim or beyond the arc. Back-up point guard Fred VanVleet continued his positive influence on the team, racking up 15 points and a team-high +11 in efficiency. He also drilled what could be the dagger of the game in regulation as he hit a fall-away three-pointer that bounced on the backboard, on the rim, and finally went through the hoop.

Siakam’s spectacular shooting display isn’t a one-time wonder as VanVleet witnessed how the lanky forward would work on his perimeter shooting day in and day out, per Jackie MacMullan of the ESPN.

"I was joking with him the other day. We used to shoot together in my rookie year, and me and the guy rebounding used to duck sometimes because his shots would come off the rim so hard.

He had some bad misses. But what you are seeing now is the result of a lot of hard work. You can just see his confidence soaring."

The Raptors also did a great job defending the Splash Brothers, limiting their shots and double-teaming them at almost every pick-and-roll play that the Warriors employed. Curry still finished with a game-high 34 points, 5 boards and 5 assists, but only shot 18 attempts though he made all of his 14 free throws. Klay Thompson tallied 21 points and 5 rebounds, yet he just had 17 attempts in the game. Without Kevin Durant and with DeMarcus Cousins still very rusty in first game after more than a month, you would expect that the Warriors backcourt duo will rack up more than 20 attempts apiece.

The Warriors also committed 16 turnovers in the loss, with Draymond Green accounting for 6 miscues. Even though he finished the game with a triple-double of 10 points, 10 rebounds and 10 assists, Green insists that the team gave up a lot of open shots for the Raptors and that the defensive tone should start with him, per Jeff Zillgitt of USA TODAY.

“I have to be more aggressive on the defensive side of the ball. Aggressiveness starts with me and everybody else will follow that. If I'm on my heels, everyone else is on their heels. That was kind of the story of last night. I started the game not as aggressive as I could be on that side of the ball, and it showed in our team defense.”

The Raptors shot a stellar 51% clip from the field as a team, a testament to their excellent offensive execution and also to the Warriors’ failure to turn on the switch on the defensive end. Cousins, who made a surprising return after a torn quad injury in the first round of the playoffs, played 8 minutes and tallied 3 points, 2 assists and 2 steals. Also making an interesting appearance is Raptors shooting guard Patrick McCaw, who won two championships with the Warriors. McCaw played a total of 6 minutes and made one three-pointer.