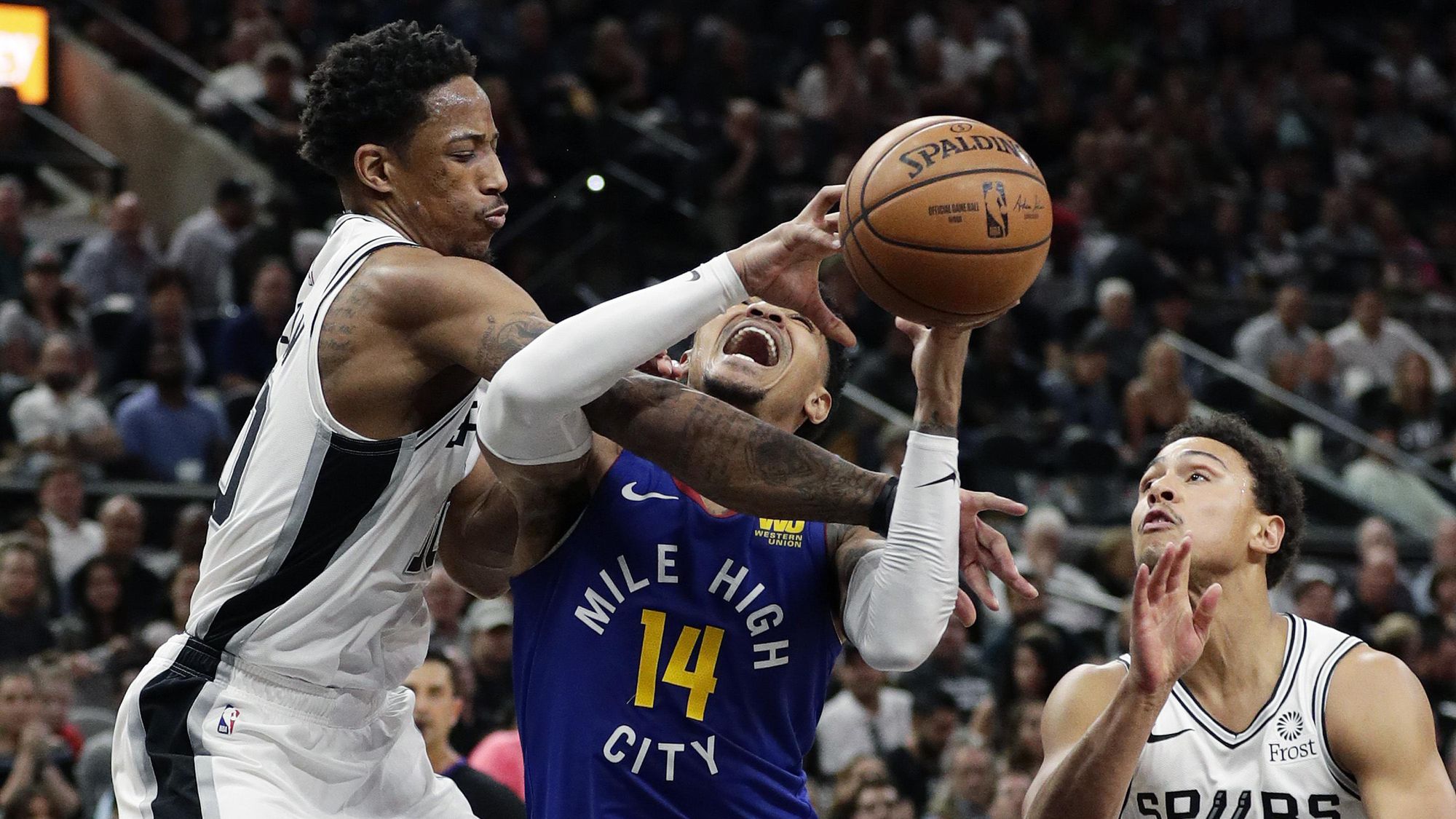 Spurs force Game 7 to push Nuggets to brink of elimination

Behind a strong fourth quarter finishing kick, the San Antonio Spurs have extended their season after defeating the 2nd-seeded Denver Nuggets, 120-103. LaMarcus Aldridge led the charge for the home team as he finished with another double-double performance of 26 points, 10 rebounds and 5 assists. Not to be outdone is star shooting guard DeMar DeRozan, who chipped in an all-around performance of 25 points, 7 rebounds and 7 assists, including a stellar 12-16 clip from the field. The Spurs’ offense was clicking on all cylinders in Game 6, shooting a tremendous 57% overall clip from the floor. San Antonio only had a four-point lead after the first half, but a strong fourth period, coupled with an inspired defensive performance broke them away from the Nuggets.

DeRozan says that it was the team’s ability to sustain everything the Nuggets threw at them that made the difference in Game 6, per Sean Meagher of The Oregonian.

"They've been great at throwing a punch at us and running away with it. We tried to sustain that and understand whatever they do we have to match it, be more   aggressive, understand we have to keep our rhythm, being aggressive on both ends and we did that."

Indeed, the Spurs spoiled Nuggets star center Nikola Jokic’s massive 43-point performance as the Spurs perimeter defense held Denver to miss 18 of their 24 shots from beyond the arc. Spurs head coach Gregg Popovich emphasized that it was an overall effort from his players that gave them enough cushion in regulation.

"We had a lot of people participate tonight. Lot of people came and had good games. I think the Nuggets have had that pretty regularly and we had that tonight, so, that was great to see."

The Nuggets, who were the favorites to win the series, failed to capitalize on Jokic’s incredible night of 43 points, 12 rebounds, 9 assists and 2 steals. Jamal Murray contributed 16 points and 6 assists, and Gary Harris had 14 markers. However, the team didn’t get enough contribution from their bench unit, who were thoroughly outscored by the Spurs second unit, 36-13.

The series will go back to the high altitude home turf of the Nuggets as they try to turn back the veteran Spurs squad and claim the right to face Damian Lillard and the Portland Trail Blazers in the second round of the NBA Playoffs. It will be interesting to see how Nuggets head coach Mike Malone adjust to guarding the Spurs dynamic duo of Aldridge and DeRozan, but it is of definite necessity that the Nuggets defense show up in the most important game of their season so far.