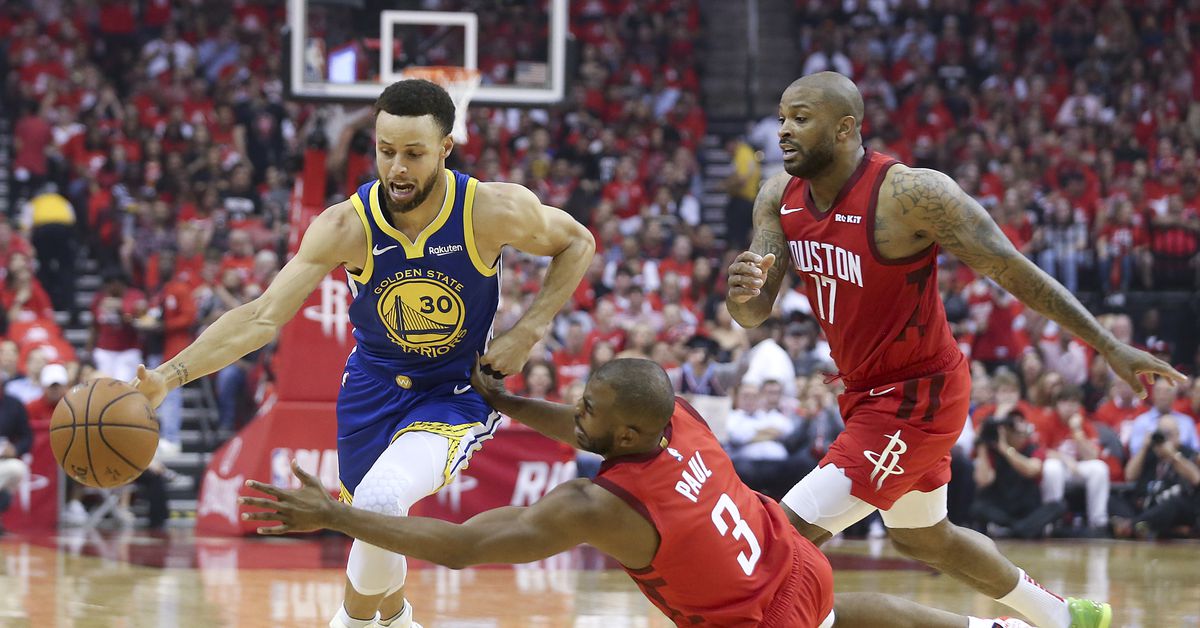 Curry comes alive as Warriors knock off Harden and Rockets

There’s no telling just how good this Golden State Warriors dynasty has been. The defending champs reminded us of just that as they brushed off the absence of Kevin Durant to eliminate James Harden and the Houston Rockets with a classic 118-113 victory. Stephen Curry couldn’t have picked a better time to come alive this playoffs as he led the charge for the Dubs with 33 points, 5 rebounds and 4 assists. All those 33 markers came in the second half, including 23 big points in the deciding quarter. Klay Thompson was on-target all game long, finishing with 27 points and 2 blocks, including the trifecta dagger to give the Warriors a six-point lead cushion in the dying seconds. Andre Iguodala arguably had his most efficient game of the season with a stat line of 17 points, 3 assists, 5 steals and five makes from beyond the arc.

Warriors head coach Steve Kerr was in awe of his championship squad and he had so many reasons to be proud of his players, per Josh Peter of the USA TODAY.

"These guys are a historically good basketball team. You don’t do this, you don’t do what these guys have done without an incredible combination of talent and character. I could go down the list, but I thought Steph epitomized that tonight."

Harden topscored for the Rockets in the deflating loss with 35 points, 8 rebounds, 5 assists and 4 steals, while Chris Paul was outstanding all game long as he finished with 27 points, 11 boards and 6 assists. The Rockets did everything they could to push the Warriors to the brink of elimination, but it was the defending champs’ usual suspects of Klay and Steph that did them in.

Even though they haven’t won the 2018-19 championship just yet, Warriors defensive anchor Draymond Green, who had 8 points, 10 rebounds and 7 assists, says that this Game 6 win has got to be up there in terms of the squad’s accomplishments, per Reid Forgrave of CBS Sports.

"This one feels good. Just cause all circumstances going into it. Just a team that's  said for years, 'We're built to beat them.' Then Kevin goes down and everyone's not giving us a chance. I heard (in Game 6) we were the biggest underdog in the Steve Kerr era. You take all those things into account, this one feels amazing. It felt good."

The Warriors will now head into another Western Conference Finals appearance, where they await the winner of the Nuggets-Blazers series. There’s also a hint of optimism that both Durant and starting center DeMarcus Cousins would play in the WCF, a big sigh of relief for the tired legs of Curry, Thompson, Iguodala and Green.

As for the Rockets, they have plenty of things and decisions to ponder on in the offseason. Obviously, their current system hasn’t been able to beat Golden State so it won’t be surprising if the Rockets front office make some major roster moves in the summer. It remains to be seen if they would retain CP3, who has shown signs of aging with his dipping performance this year.