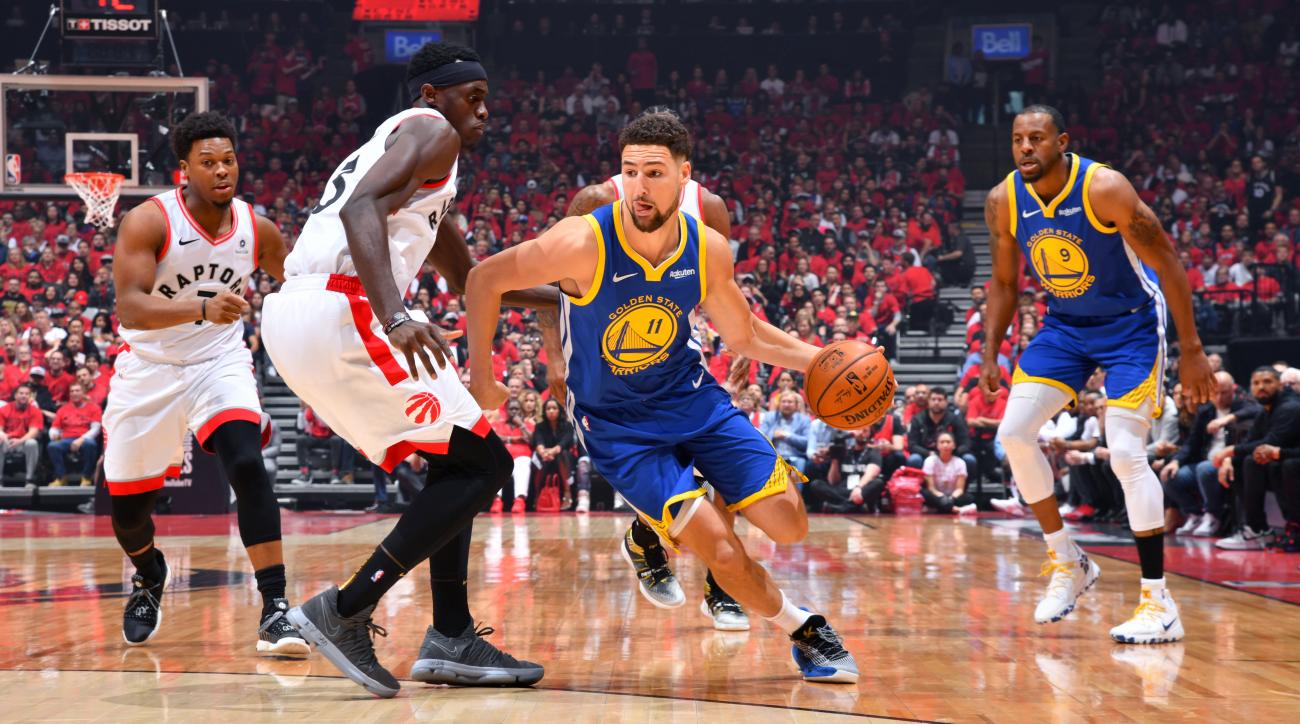 The bodies keep falling for the Golden State Warriors, but they keep on finding ways to get up. Stephen Curry struggled to hit his shots early in the game but came alive as the Warriors rallied from the waning seconds of the second quarter until the third period. Curry finished with 23 points, 4 assists and 3 steals, while Klay Thompson topscored for the defending champs with 25 points, 5 rebounds and 5 assists. Draymond Green had another all-around performance on both ends of the floor, finishing with a near triple-double stat line of 17 points, 10 boards, 9 assists and 2 steals. It looked like the Raptors have carried their Game 1 momentum early on as they built a 47-35 lead in the second quarter, with Curry struggling mightily from the field. The two-time MVP looked dehydrated in the first quarter as it turned out that he was feeling under the weather throughout the game.

Still, Curry was able to shake off his early struggles and poured in 14 points in the second quarter to ignite the Warriors’ incredible run. From the midway point of the second period, the Warriors would mount a 37-12 run to take a 72-59 lead in the third quarter. Warriors head coach Steve Kerr points out to the mini-run they had in the second period that motivated his players to play their brand of basketball in the second half, per Jeff Zillgitt of USA TODAY.

"We were down 12 and the place was going nuts, we couldn't score, and Steph and Klay both got loose and the game loosened up a little bit and we scored. We weren't  exactly making stops, but we cut the lead to five and could kind of breathe at halftime. I think our guys felt renewed life at that point and came out and just had a  great run to take control of the game, and we were able to finish it out from there."

Another interesting subplot that rose from Game 2 was DeMarcus Cousins’ very efficient outing of 11 points, 10 rebounds, 6 assists and 2 blocks. Nobody expected that Cousins will play extended minutes in the win, but he was obviously moving in a more comfortable rhythm than he did in Game 1. While Cousins’ performance is certainly a cause for optimism moving forward, the Warriors’ win came with a price. Kevon Looney’s night was cut short when he went down with what appeared to be a rib injury. ESPN’s Adrian Wojnarowski reported that an MRI after the game showed that Looney has suffered a fractured collarbone and is indefinitely out of the NBA Finals. Thompson also sustained a hamstring injury in the fourth quarter, and had to sit out the rest of the night.

While Thompson is not expected to miss Game 3 at the Oracle Arena, Warriors veteran forward Andre Iguodala emphasized how the team has fought through injuries year after year, per Jackie MacMullan of the ESPN.

"We've been through a lot. All everyone sees is a lot of winning, and it's easy, and it  looks like we're overpowering everybody. But a lot of work goes into that. And we've had to fight these injuries, every year ..."

Iguodala himself is labouring through a leg injury that we saw him re-aggravate in Game 1. But the All-Star forward played through the pain and scored the dagger triple to ice the win for the Warriors.

Kawhi Leonard led the way for the Raptors with 34 points and 14 boards, including a perfect 16-16 clip from the free throw line. Back-up point guard Fred VanVleet chipped in 17 points and 3 steals off the bench. But the Raps’ unsung heroes in Game 1 had quiet scoring performances in the loss with Pascal Siakam only tallying 12 points and Marc Gasol coming up with only 6 markers. Kyle Lowry, who had 13 points and fouled out late in the deciding period, expressed his remorse on the team’s woeful showing in the third quarter.

With Game 3 scheduled on Wednesday at the Warriors’ home arena, it remains to be seen how the Raptors bounce back at the road and if the defending champs could parade a healthier line-up for the pivotal game.