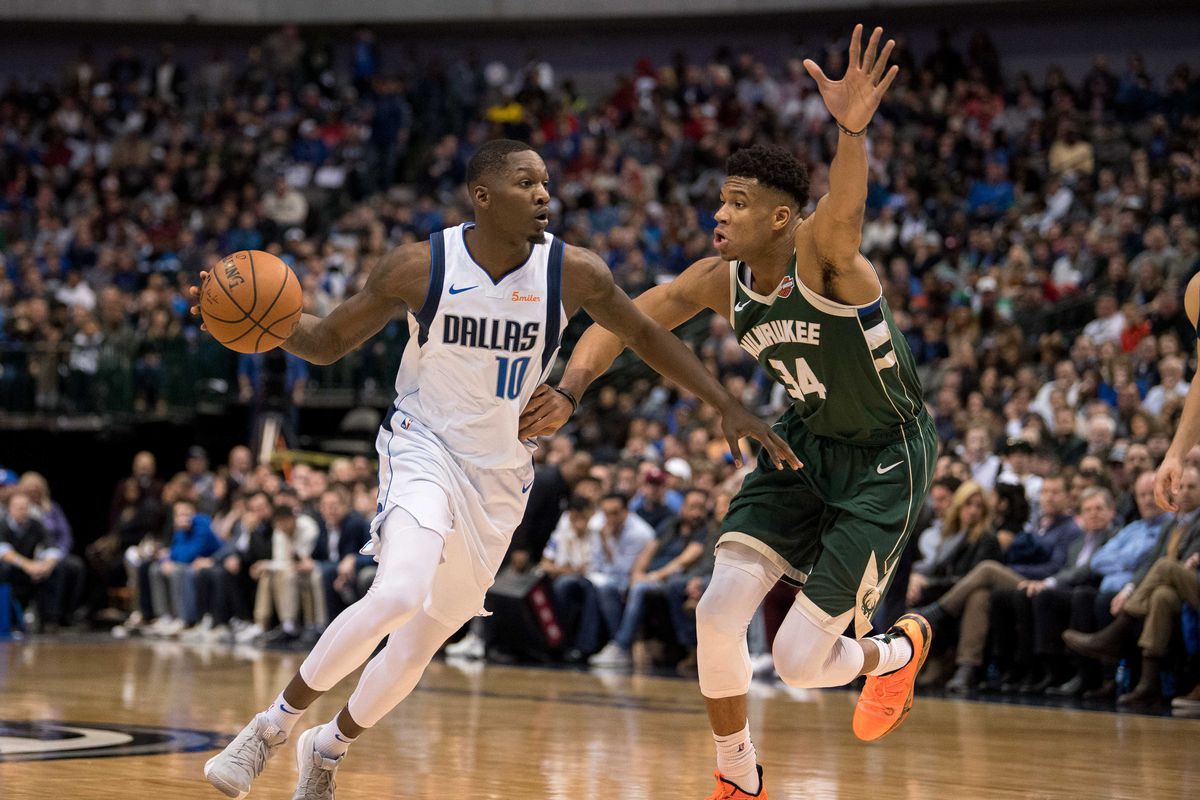 The visiting Milwaukee Bucks had to make full use of a Giannis Antetokounmpo double-double performance as they defeated the Dallas Mavericks, 118-111. The Greek Freak amassed 34 points, 11 rebounds and 4 assists, while making three of his four tries from beyond the arc. Another bright spot for the Bucks was the productive outing of back-up center Dragan Bender. Bender, a former fourth overall pick, had three three-pointers on his way to 17 points off the bench. The Croatian stretch big man also filled up the stat sheet with 6 boards, 3 assists and 2 blocks. After three very forgettable seasons with the Phoenix Suns, Bender moved on and was signed by the Bucks this summer.

It was a very efficient shooting display for Milwaukee, who torched the opposition as they put up a stellar 43% clip from the long-range bomb. Along with Bender’s break-out night for the Bucks, veteran sharpshooter forward Ersan Ilyasova was also sensational. The big man had 18 points to lead the second unit, while firing five three-pointers. The 12th-year power forward is not showing any signs of slowing down, considering that he is coming off another international stint with the Turkey national team. Ilyasova says that playing more high-level basketball during the offseason gave him a real boost in his confidence for this upcoming NBA season, per Matt Velasquez of the Milwaukee Journal Sentinel.

Donte DiVincenzo, a sophomore shooting guard, also came up with double-digit scoring off the bench as he racked up 14 markers along with 4 rebounds and 3 assists. Holding on to a six-point lead after the first half, the Bucks broke the game wide open as they finished the third quarter leading by 17 points.

Luka Doncic had another solid scoring performance as he netted 27 points, while grabbing 7 boards and making five threes. New star acquisition Kristaps Porzingis struggled from the floor as he only came up with 11 markers. Hulking big man Boban Marjanovic topscored for Dallas’ second unit with a near double-double outing of 16 points and 8 rebounds.

The home crowd of the New Orleans Pelicans finally got a taste of the Zion Williamson show as their team hacked out a close-call 128-127 victory over Rudy Gobert and the Utah Jazz. Williamson led the way with 26 points and 5 rebounds, including another solid shooting performance as he missed just three of his 12 attempts. The high-flying rookie also made seven of his nine free-throws, and showed off the range with a rare three-pointer. His fellow rookie, Nickeil Alexander-Walker also impressed with 22 points and 4 assists off the bench. Brandon Ingram contributed 18 markers, while Lonzo Ball had his highest scoring output as a Pelican as he scored 15 points.

It was a comeback win for the young Pelicans team as they erased an 11-point lead by the Jazz entering the final period. Despite the victory, head coach Alvin Gentry points out that they really need to spend more time working on their defensive schemes, as per SB Nation’s The Bird Writes.

“We have to get better in our defense. We’re trying to put in a new system, and this team is not a good team to play when you don’t have all of your defense in. They shot the ball extremely well, but the thing I think I like most about our guys right now is that we just keep playing and keep plugging away at it. It doesn’t matter who we have in, we seem to find a way to keep ourselves in touch so when we do make a run we can put ourselves back in the game.”

This game against the Jazz is the Pelicans’ only home contest in the entire preseason. But the folks at the Smoothie King Center sure loved what they saw as to the maturity and potential of their young guys. Star point guard Jrue Holiday didn’t play as he is still recovering from a minor quad injury.

Recently-acquired veteran forward Jeff Green led the Jazz with 20 points, while another new face in Bojan Bogdanovic poured 15 points, 8 boards and 2 steals. The Jazz’ new backcourt duo of Mike Conley and Donovan Mitchell combined for 14 total assists, although they both had quiet scoring performances.

Five players put up double-digit points as the Washington Wizards used a balanced offensive attack to emerge victorious against the New York Knicks, 115-99. All-Star combo guard Bradley Beal topscored with 21 points, while former Laker big man Mo Wagner finished with 18 points, 4 boards and 2 steals. Another ex-Laker center in Thomas Bryant amassed a double-double night of 10 markers and 10 rebounds. Veteran swingman Justin Anderson was the team’s energy bunny off the bench, as he racked up 15 points, 3 steals and five three-pointers.

But defense was the name of the game for the Wizards. During a second quarter explosion that saw them score 41 points, they also held the Knicks to only 17 total points. Michael Longabardi, the team’s new defensive coordinator, stressed the importance of the basics of defense to his squad, per Candace Buckner of The Washington Post.

“We want to take away every layup we can, so no layups. And no rhythm threes, especially from the strongside corner. And then we want to defend without fouling, and the most important thing, we want to finish the possession with a rebound. If we can make that our staple, we have an opportunity to be in games and potentially win games, and that’s what we’re hoping to do.”

Marcus Morris led the Knicks with 21 points, while prized rookie RJ Barrett contributed 15 points and 7 boards. Julius Randle, the Knicks’ biggest free agent acquisition during the summer, had 14 points, 8 rebounds and 4 assists in the losing effort.