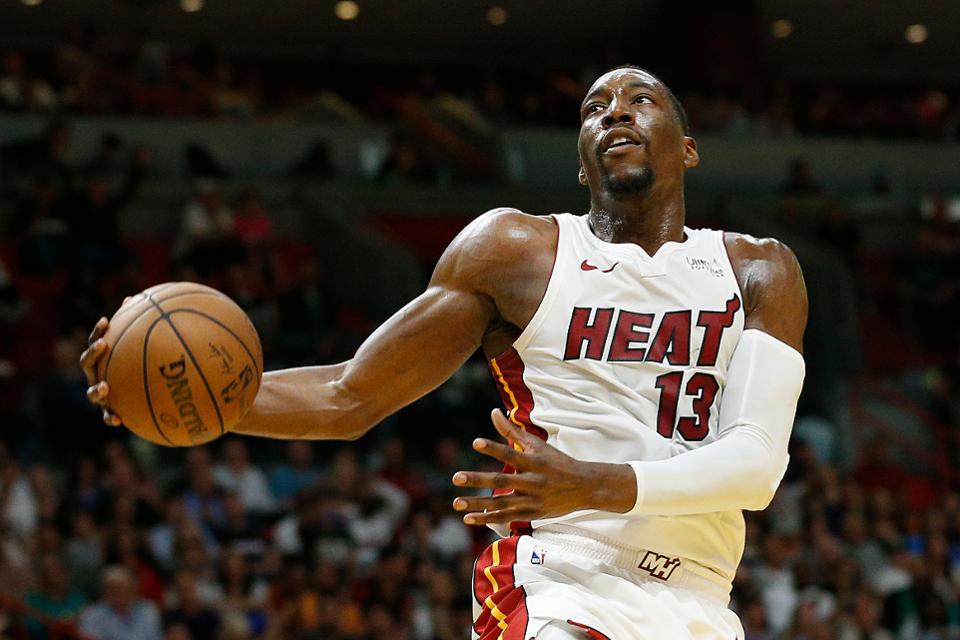 The Miami Heat again displayed their solid team chemistry as they came back in regulation to defeat the Utah Jazz, 107-104. Jimmy Butler topscored for the squad with 20 points and 8 rebounds, while rookie gunner Tyler Herro poured in 17 markers off the bench. But the Heat’s most important player was third-year big man Bam Adebayo. The versatile center came through with an all-around stat line of 18 points, 12 boards, 6 assists, 3 steals and 3 blocks. His hustle on both ends of the floor set the tone for the Heat’s successful comeback attempt during the payoff period.

Aside from Adebayo’s excellent versatility in the win, the Heat also got a timely boost from their rookie. Herro tallied nine points in the final quarter, scoring multiple buckets over the defense of Jazz star shooting guard Donovan Mitchell. Even with Butler playing alongside him in the fourth quarter to rest, it was Herro who anchored the team’s offense. Miami head coach Erik Spoelstra didn’t fail to notice his young guard’s composure in making the big plays during the game’s crucial minutes, as per Brad Botkin of CBS Sports.

"And those plays that he was making, what was important about those plays is that Goran [Dragic] and Jimmy [Butler] were on the court at the same time, and we were running our offense through [Herro]. And [Dragic and Butler] felt fully confident with that because he was attacking that coverage more efficiently than anybody else.  That speaks a lot when you have those experienced All-Star veterans wanting you to make the play."

This is the Heat’s 22nd win in 30 games this season. Dragic also came off the bench to tally 15 points and 6 boards, while Meyers Leonard amassed a double-double outing of 11 points and 10 boards.

Veteran sweet-shooting forward Joe Ingles led the way for the Jazz with a game-high 27 markers. The Australian lefty do-it-all stalwart tried to shoot the Jazz out of misery as he hit seven treys in the loss. Defensive big man Rudy Gobert made his presence known on both offense and defense as he finished with a massive double-double stat line of 18 points, 20 rebounds and 5 blocks.

Mitchell, who struggled offensively with a 5-18 field goal clip, credited Herro for making him pay on the defensive end.

"He kicked my a--. Credit to him. He did his thing. He capitalized on my poor defense. And I take the blame for that. That's on me. He kicked my a-- for three straight  possessions."

The disappointing loss also ended Utah’s five-game winning streak. The Jazz will take a couple of days off before they go back home to Salt Lake City and host Damian Lillard and the Portland Trail Blazers on Thursday.

The Indiana Pacers continue to impress as they hacked out a thrilling 120-115 overtime victory over Kyle Lowry and the Toronto Raptors. All of the Pacers’ five starters tallied double-digit points, with sophomore point guard Aaron Holiday leading the way with 19 points and 10 assists. Veteran scoring forward T.J. Warren showed his full repertoire with an all-around performance of 24 points, 8 boards and 6 assists. Myles Turner hit five treys on his way to 24 markers, while Domantas Sabonis, T.J. McConnell and Jeremy Lamb chipped in 12 points apiece.

It was a tremendous morale-boosting win for the Pacers, who were without starting point guard Malcolm Brogdon and of course, the rehabilitating Victor Oladipo. They built an early 11-point lead at the end of the first quarter, only to see it fade as the defending champs turned in a strong third quarter push. But the Pacers still kept their composure in check, and outlasted the Raptors in the overtime period. Indiana head coach Nate McMillan praised his players for displaying resilience and toughness in the hard-earned victory, per the Associated Press.

“Resilience, that’s what we showed tonight. That’s one of the better teams in the conference. We knew they were going to be a team that scrapped, and our guys came and they fought. They kept their composure throughout the game, despite losing the lead, and stayed with it.”

Veteran All-Star point guard Kyle Lowry topscored for the Raptors with 30 points and 9 dimes. Serge Ibaka netted 23 markers, while budding star Fred VanVleet did it all for the defending champs as he finished with 21 points, 11 assists, 2 steals and 2 blocks. Raptors head coach Nick Nurse said that the team didn’t grab the opportunity to put away the Pacers when his players gained control in the second half, as per Ryan Wolstat of the Toronto Sun.

“We came to life there, four or five minutes into the second half and really controlled most of the game from there.

We got ourselves a five point lead and, you know, probably should have put it away there, but, give (the Pacers) credit. They had a bunch of threes late you know a bunch late in the fourth quarter and a bunch in that overtime.”

The Raptors will just have one day to rest before they host a Christmas Day match-up against Kemba Walker and the Boston Celtics.

The Denver Nuggets made the right plays when it mattered as they carved a close-call 113-111 win over the Phoenix Suns. Jamal Murray, who hit the game-winning jumper with a little over two seconds remaining in the game clock, led Denver in scoring with 28 points. Star big man Nikola Jokic came through with another triple-double night of 22 points, 12 rebounds and 10 assists. Will Barton contributed 13 points and 2 steals, while combo forward Jerami Grant came off the bench to chip in 11 markers and the game-saving block on Suns’ scorer Devin Booker during the game’s final possession.

Grant, the former Oklahoma City Thunder stalwart who was recently acquired by the Nuggets in the offseason, described how he successfully denied Booker from winning the game for the Suns, per Mike Singer of The Denver Post.

“I know we were switching one-through-five before, so I ended up on Book. It was another little screen, but it was like a little brush. I was chasing him over, I saw he   had an open shot, so I went for it.”

As for the Suns, this will be their seventh consecutive loss. Ricky Rubio topscored for the Suns with 21 points, 7 rebounds and 9 assists. Booker was fairly quiet on the offensive end as he only made three shots and was battling foul trouble all game long. Kelly Oubre Jr contributed 14 markers, while stretch big man Frank Kaminsky totalled 13 points off the bench.

Phoenix head coach Monty Williams expressed his remorse in his players’ failure to close out games during this losing streak, as per Duane Ranking of Arizona Republic.

“Yeah, It’s been a bit of a theme for us in these close games, but we had our chances. I think we had a nine-point lead with five minutes to go, we just could not close it out. In the second we had transition opportunities we didn’t capitalize, we threw a lob pass one time, and that’s just something, obviously you have to grow from it, but we just got to learn in those situations, every possession is so important.”

The Suns will have three days to regroup as they try to arrest their disappointing losing skid. They will have an upcoming back-to-back schedule starting with a road trip to Golden State to face the Warriors on Friday.