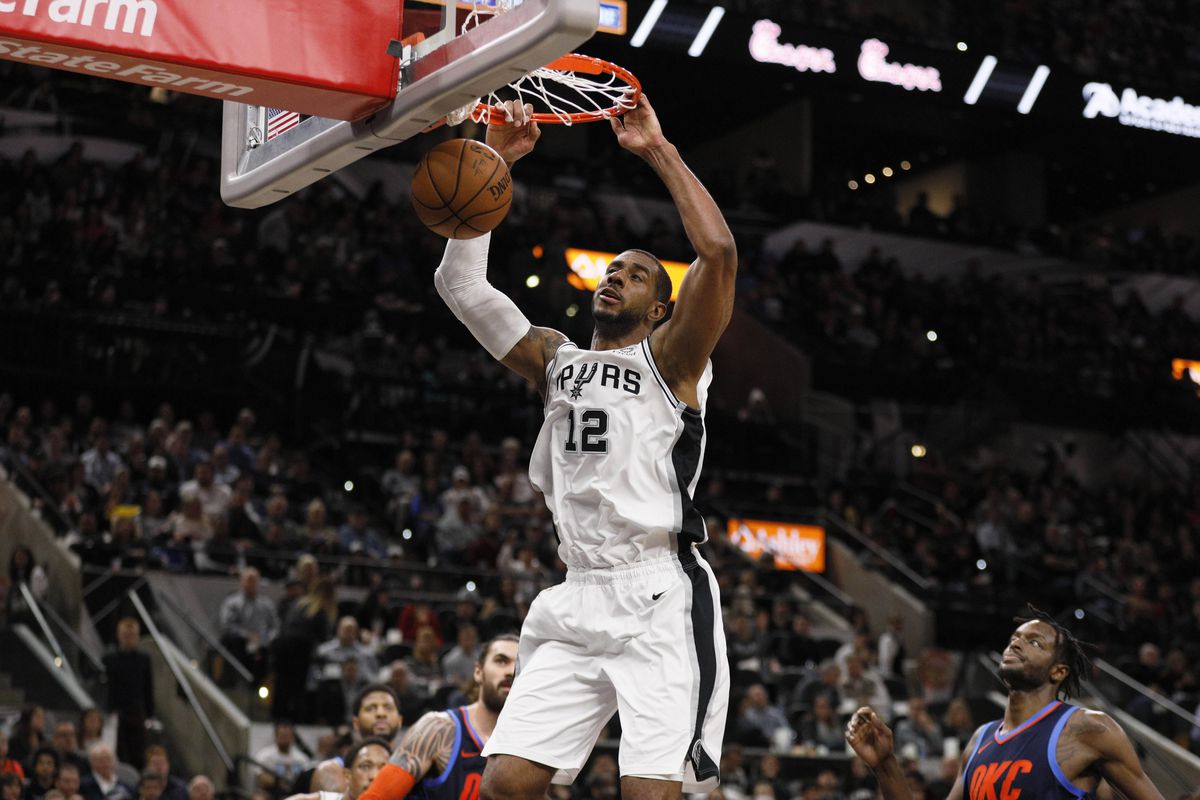 With DeMar DeRozan struggling with his shooting, LaMarcus Aldridge almost single-handedly carried the San Antonio Spurs in a thrilling 154-147 double overtime win over the Oklahoma City Thunder. Aldridge had the first 50-point night of his career, exploding for 56 points, 9 rebounds and 4 blocks. Young point guard Derrick White chipped in 23 points and 8 assists for the Spurs.

Russell Westbrook had another massive triple-double of 24 points, 24 assists and 13 rebounds, while Paul George had 30 points and 8 rebounds in the losing effort. The Spurs appeared to have a stable lead in regulation before Thunder shooting guard Terrance Ferguson, who had seven makes from deep, put up two straight three-pointers to keep the game close.

With a balanced offensive attack and a superb defensive scheme, the Miami Heat emerged victorious with a 115-99 win over the powerhouse Boston Celtics. All-Star shooting guard Dwyane Wade topscored for the Heat with 19 points off the bench, highlighted by two consecutive makes from beyond the arc to douse a rousing comeback attempt by the Celtics. Small forward Justise Winslow has again proved to be a steady playmaker, dishing 11 assists on top of 13 points and 7 rebounds.

Kyrie Irving had an all-around game of 22 points, 5 assists and 5 points for Boston. But the Celtics had little help from their bench unit, with sixth man Gordon Hayward only producing 6 points. The team also went viral when cameras caught power forward Marcus Morris and small forward Jaylen Brown shoving each other during a timeout.

Lou Williams topscored for the Clippers with 19 points and 5 assists off the bench, while Tobias Harris had 18 points and 11 rebounds. However, the Clippers’ defense were paltry all night, as Denver made a stellar 51% of their field goals in the game.

The Sacramento Kings took advantage of a Blake Griffin-less Detroit Pistons as they went back to .500% with a 112-102 victory at home. Shooting guard Buddy Hield, who has been on a hot shooting streak as of late, led the Kings with 18 points. Center Willie Cauley-Stein was dominant down low as he racked up a double-double of 14 points, 14 rebounds and 5 assists.

Andre Drummond had 12 points and 11 rebounds for the Pistons, who played without Griffin. It’s the fourth consecutive loss of Detroit, and their ninth in the last eleven games.