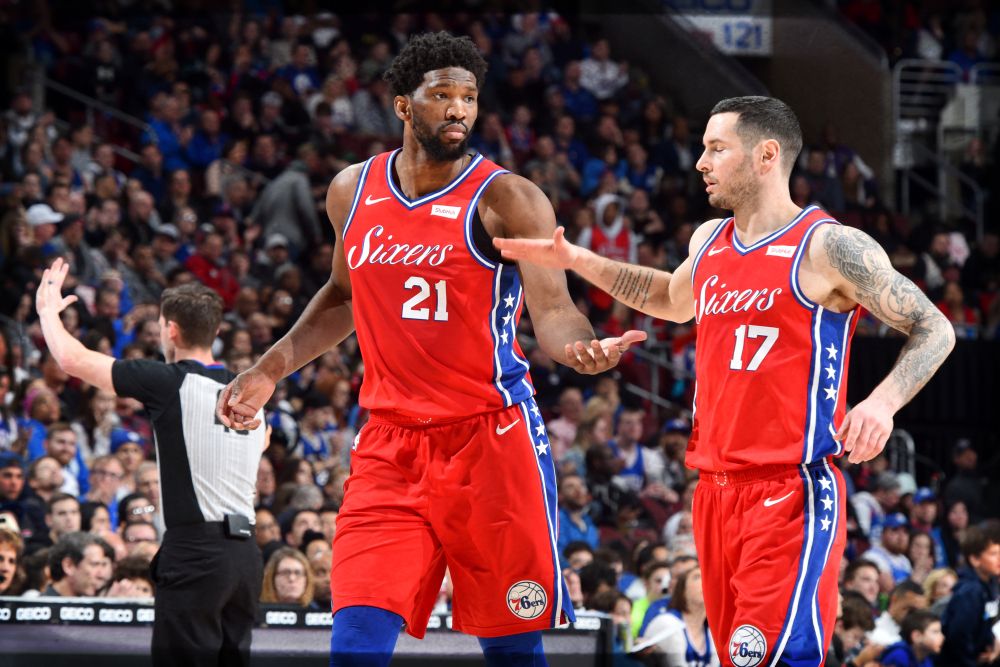 The Philadelphia 76ers made sure they get the work done this time as they hacked out a close-call 106-99 victory over the visiting Cleveland Cavaliers. All-Star sophomore point forward Ben Simmons led the charge for the home team, finishing with 26 points, 10 boards and 8 assists. Joel Embiid also turned in a double-double of his own, scattering 17 markers, 19 rebounds, 5 assists and 4 blocks in the Sixers’ 43rd win of the season. The Sixers were able to overcome Jimmy Butler’s absence as they turned to their defense and composure down the stretch of the close game. The win ties the Sixers with the Indiana Pacers in terms of win-loss cards, though Philly owns the tiebreaker and now owns the 3rd seed in the Eastern Conference.

The Cavaliers, who were just fresh from soundly defeating the Toronto Raptors in their previous assignment, got another solid scoring outing from rookie point guard Collin Sexton. Sexton finished with 26 points, while Cedi Osman chipped in 18 points, 8 boards and 4 assists in the loss.

The Los Angeles Lakers finally displayed their deadly form as they soundly defeated the Chicago Bulls, 123-107. LeBron James topscored for the Lakers with 36 points, on top of 10 rebounds, 4 assists, 2 steals and two highlight-worthy dunks that proved to be a morale-booster for a frustrated Lakers team. Kentavious Caldwell-Pope arguably had his best shooting night of the season, finishing with 24 points on four made three-pointers. Kyle Kuzma chipped in 21 markers and 5 boards, while veteran point guard Rajon Rondo completed a double-double of 14 points and 10 assists. The win snapped the Lakers’ five-game losing streak, but they are still 6.5 games behind the Utah Jazz for the last playoff spot in the Western Conference.

Veteran center Robin Lopez led the Bulls with 20 points and 7 boards, while point guard Kris Dunn produced an all-around night of 18 points, 9 assists and 7 rebounds in the loss.

In need of a morale-boosting win after losing four of their last six games, the Denver Nuggets came out firing on offense as they drubbed the Minnesota Timberwolves, 133-107. Young combo guard Jamal Murray had a very efficient night of 30 points on just 16 shots from the field, and also had 3 steals and 3 rebounds. All-Star center Nikola Jokic came through with 18 points, 8 rebounds and 7 assists, while veteran forward Paul Millsap continued his hot shooting with 23 points, including four makes from beyond the arc. The Nuggets’ offensive firepower was on full display as they a stellar 60% clip from the field and also from three-point territory. It was an important victory for the 2nd-seeded Nuggets after absorbing a beating from the Golden State Warriors in their last game.

Wolves star big man Karl Anthony-Towns led the losing team with 34 points, 10 boards and 3 blocks, but had little help from his teammates. Minnesota played with a short-handed lineup in the absence of key cogs Derrick Rose, Andrew Wiggins, Robert Covington and Jeff Teague. The loss drops the Wolves to a 32-36 record, six games behind the 8th-seeded Utah Jazz.

A close game entering the fourth quarter, the Portland Trail Blazers rode CJ McCollum’s hot hands to close out the streaking Los Angeles Clippers, 125-104. McCollum finished with 35 points, 4 assists and 4 rebounds, including 23 big points in the final period. The 27-year old shooting guard scored more points than the whole Clippers team in the fourth quarter, as the home team only had 20 markers in that stretch. All-Star point guard Damian Lillard tallied a double-double of 20 points and 12 assists, while Jusuf Nurkic also logged in a double-double of his own, finishing with 20 markers and 12 boards. The Blazers, who outscored the Clips by 20 in regulation, tied the Oklahoma City Thunder for the 4th seed in the conference.

Montrezl Harrell led the charge for Los Angeles as he put up 22 points, 11 rebounds and 3 blocks, while Lou Williams chipped in 18 markers from the bench. The loss snaps the Clippers’ winning streak at 5, and drops them to the 7thspot in the West.