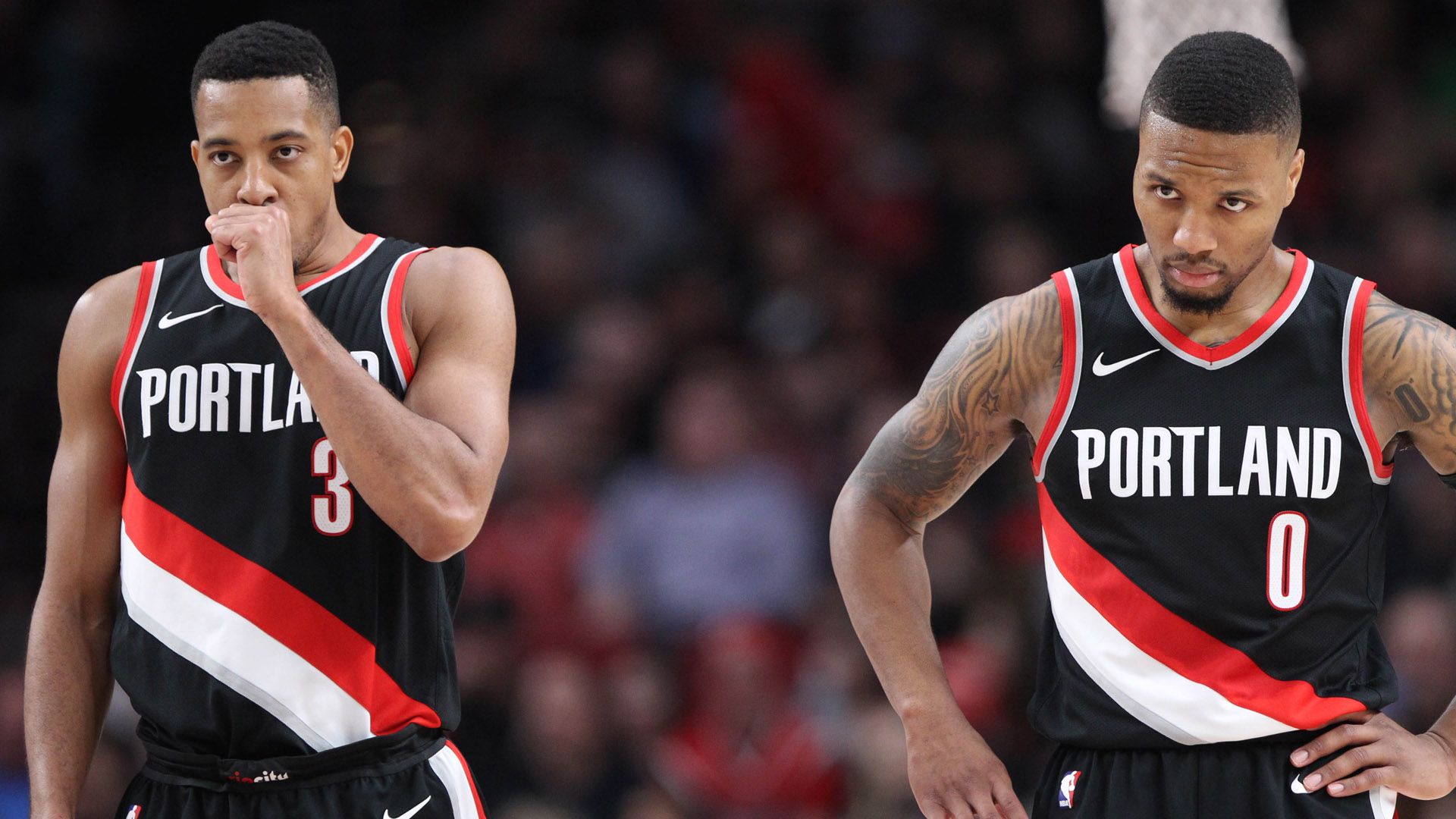 Dame and CJ combine for 63 in Blazers win

In a battle of two celebrated duos, it was the Portland Trail Blazers who emerged victorious as they hacked out a thrilling 121-119 victory over the Dallas Mavericks. CJ McCollum led all scorers with 35 points, while also pulling down 6 boards and dishing out 4 assists. All-Star point guard Damian Lillard netted 28 points and 5 assists as the Blazers notched their second straight win after losing their season opener at the hands of the Denver Nuggets.

It was a see-saw affair that saw both teams make runs of their own. The Mavericks raced to a 15-point lead after the first quarter, only to let the Blazers come back with a strong third quarter performance. But the play that stole the spotlight and attention was the Blazers’ use of the coaches’ challenge during a crucial play at the latter part of regulation. With only eight seconds remaining on the clock, the officials called a foul on Lillard. However, the foul was overturned following a coaches’ challenge by Blazers head coach Terry Stotts, stripping Mavericks forward Dorian Finney-Smith of chance to win the game through the free throw line.

After the game, Stotts told Dwight Jaynes of the NBC Sports Northwest of how Lillard forced him to issue the coaches’ challenge.

“Damian put me over the top. He was pretty adamant. Eight seconds and see what happens with the free throws. If Dame hadn’t been so adamant I probably wouldn’t have challenged. We’ve had this discussion. I told the players, when I ask you, you have to be truthful. Because most of you think you didn’t foul. I will trust them in those situations, but they have a responsibility to know if they foul them or not.”

Lefty gunner Rodney Hood had an efficient shooting night for the Blazers as he finished with 20 markers, while successfully hitting all of his three attempts from beyond the arc. Newly-acquired versatile swingman Kent Bazemore came off the bench to contribute 11 points and 5 rebounds.

Kristaps Porzingis topscored for the Mavericks with an all-around stat line of 32 points, 9 rebounds, 5 assists and 2 blocks. Sophomore point guard Luka Doncic almost had himself a triple-double night as he finished the game with 29 points, 12 boards and 9 assists. It was the Mavs’ first loss of the season after winning their first two games. After the game, team owner Mark Cuban immediately sounded off on the coaches’ challenge rule via his official Twitter account.

"I'm a fan of the nba challenge rule, but if a play is overturned and they don't show the replay that justifies overturning a call along with an explanation then it's going to have real problems. From the angles we saw in arena it looked like a clean strip but body contact first."

Maxi Kleber netted 14 markers in the loss, while combo guard Seth Curry contributed 12 points and 3 steals off the bench. Dallas will look to return to their winning ways as they battle Nikola Jokic and the Nuggets on Tuesday, while the Blazers face the San Antonio Spurs in their next assignment.

Morant and Crowder save the day for Memphis

A defensive stop from rookie point guard Ja Morant and a buzzer-beating triple from veteran forward Jae Crowder saved the day for the Memphis Grizzlies as they defeated Kyrie Irving and the visiting Brooklyn Nets, 134-133. Morant had himself a memorable first game against Irving as he turned in 30 points and 9 assists, while rejecting Irving’s attempt for a game-winner in the fourth quarter. Crowder only had six points in the victory, but his buzzer-beating three-pointer sealed the Grizzlies’ first win of the year.

Crowder praised his rookie teammate’s performance on both ends of the floor, pointing out how instrumental Morant’s defensive stop on Irving was, per David Cobb of the Memphis Commercial Appeal.

"That was probably my highlight for him of the game along with the points. He did a good job of scoring and facilitating but that defensive stop to push it to overtime was  huge.”

Dillon Brooks amassed 21 markers for the Grizzlies, while Jonas Valanciunas came up with a double-double performance of 16 points and 11 rebounds. Memphis also got a timely boost from their second unit as Solomon Hill and Kyle Anderson contributing 13 markers apiece, and rookie big man Brandon Clarke turning in 10 points and 7 boards.

Kyrie had another spectacular showing for the Nets, netting a game-high 37 points, on top of 7 rebounds and 7 assists. Caris LeVert also came up big with 27 points and 5 assists, while back-up point guard Spencer Dinwiddie came off the bench to total 16 points and 8 dishes.

The Nets will try to bounce back as they go back home to face the Indiana Pacers, while the Grizzlies will be visiting Los Angeles to compete against LeBron James and the Lakers.

The Oklahoma City Thunder pounced on their opponents right from the get-go as they carved a resounding 120-92 victory over the helpless Golden State Warriors. Back-up combo guard Dennis Schroder led the way for the Thunder as he amassed 22 points, 8 rebounds, 6 assists and 4 steals. Stretch forward Danilo Gallinari made four three-pointers on his way to 21 markers, while young budding point guard Shai Gilgeous-Alexander produced a near double-double outing of 19 points and 9 rebounds.

The Thunder quickly built a double-digit lead by the end of the first quarter, and 33-point lead after the first half. They dominated the game so much that by the eight-minute mark of the fourth period, they were already leading the Warriors by a wide 40-point margin.

Stephen Curry topscored for Golden State with 23 markers, on top of 8 boards and 5 assists. But the two-time MVP was a lone wolf on the offensive end, as the highest scoring production from another Warrior was only 10 points. D’Angelo Russell struggled mightily in the loss, coming up with only 6 points while only hitting three shots from the field. The 23-year old All-Star guard’s ejection for excessive complaining added more insult to his forgettable night.

Draymond Green, who had 10 points and 2 steals in the loss, points out to the team’s poor showing on the defensive end as their main stumbling block, per the NBA.com.

''It sucks. But I guess just about everybody except Tim Duncan has been through it.   But it sucks pretty bad.

Everybody loved our offense, but it wasn't our offense that was making us great. It was our defense. I've said that for years. Our defense right now is nonexistent. I don't even think we know what defense is right now.''

Green and the Warriors will go up against the retooled New Orleans Pelicans in their next assignment, while the Thunder will try to build up on this huge win as they face the Houston Rockets’ superstar duo of James Harden and Russell Westbrook.