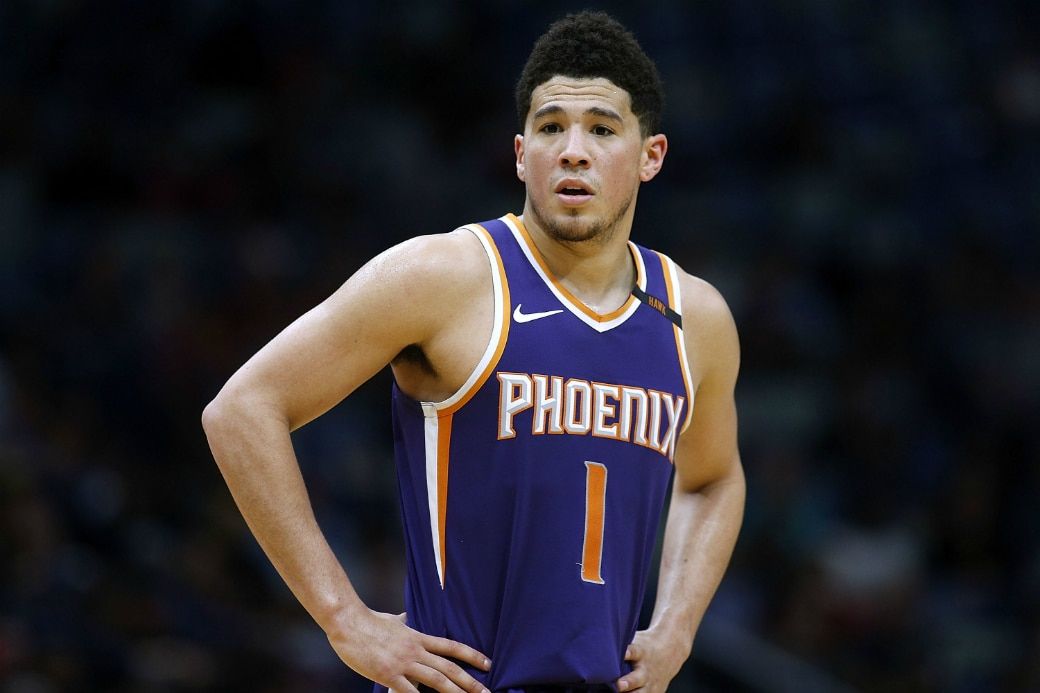 The Phoenix Suns are transforming right before our very eyes as they put away the previously undefeated Philadelphia 76ers, 114-109. Star shooting guard Devin Booker put up a game-high 40 points, including timely clutch shots during the payoff period. Ricky Rubio came up with a double-double outing of 21 points and 10 assists, while Aron Baynes continued his strong showing with an all-around performance of 15 points, 7 boards, 6 assists and 2 blocks.

Facing a six-point deficit at halftime, the Suns got their character and mettle tested with the comeback win. They moved the ball fluidly on offense, and were able to hit a solid 53% clip of their total field goal attempts. Booker, who is now averaging 26.1 points per contest, was very efficient as he only missed four of his 19 shots. Suns new head coach Monty Williams emphasized the completeness of Booker’s overall skill set, per Cody Cunningham of the Suns’ official page at NBA.com.

“I’ve said it for a while, he’s a complete basketball player. He’s competitive, not afraid of the moment, he makes big plays, and the thing I like about Devin is he’ll get off of it. It wasn’t just his scoring, he’s a willing passer. He gets off of the ball and finds guys for open shots, but in those moments, we have to get out of the way sometimes. It’s not a structure, it’s just a really good basketball player going to work.”

The Suns also got 14 points and 6 rebounds from their much-improved young forward Kelly Oubre Jr. Phoenix is now off to a surprisingly impressive 5-2 win-loss card, sharing the second spot in the West with the Los Angeles Clippers and the Denver Nuggets.

The Sixers, who played without All-Star center Joel Embiid, suffered their first loss of the season. Al Horford led the charge for Philly, finishing with 32 markers and 2 steals. Scoring combo forward Tobias Harris put up 24 points and 10 boards, while Furkan Korkmaz replaced Embiid in the starting five and produced 20 points built on four three-pointers. Ben Simmons showed up on the defensive end with 7 steals, but was quiet on offense as he only netted 6 markers.

Philly will try to bounce back from the loss as they visit Donovan Mitchell and the Utah Jazz, while the Suns face Jimmy Butler and the Miami Heat on Thursday.

The heavily-depleted Golden State Warriors came in without their All-Stars but they still found ways to carve a shocking 127-118 victory over the visiting Portland Trail Blazers. Rookie forward Eric Paschall had another spectacular night as he finished with a double-double stat line of 34 points and 13 rebounds. A 41stselection in this year’s draft, Paschall is already proving that he truly belongs in the NBA. Ky Bowman, an undrafted rookie, chipped in 19 points and 8 assists, while Damion Lee came off the bench to contribute 18 markers. Jordan Poole, the Dubs’ first-round draft pick, came through with 16 points.

Paschall, who celebrated his birthday with the amazing win, is just grateful for the opportunity to show what he and his young teammates can do on the court, as per the NBA.com.

"We've got a group of young guys that don't get this opportunity to come out here and  play 40 minutes and just come out here and ball. To do it against these guys -- that's  a heck of a team -- we're just doing a great job of staying together and keeping a positive attitude."

It was the second straight stellar game for the 23-year old rookie. Paschall totalled 25 point in a loss to the Charlotte Hornets last Sunday. Through the Warriors’ first seven games, he has eclipsed the 20-point mark three times and has scored in double-digits in five games. There’s no doubt that Golden State has found a gem in Paschall.

Damian Lillard led the way for the Blazers with a game-high 39 points, while newly-acquired defensive big man Hassan Whiteside amassed 22 points, 11 boards and 2 blocks. However, Lillard’s backcourt partner CJ McCollum had another forgettable night. McCollum posted only 14 points in the very embarrassing loss.

Lillard expressed remorse on the Blazers’ overall defensive performance. The All-Star point guard says that he and his teammates didn’t communicate very well on that end, per Jamie Hudson of the NBC Sports Northwest.

“I think the defense is where we lost the game. Allowing them to be comfortable and move the ball around. And, miscommunications, not being physical enough, not coming up with the ball… They got a lot of the things that they wanted, they got pretty comfortable… In stretches we played better defensively, we’d clean it up for a few minutes, and then fall off, and then clean it up, it was too much of that.”

The Blazers will try to improve their 3-4 record as they go through a back-to-back schedule against the Los Angeles Clippers and the Brooklyn Nets. On the other hand, the young Warriors squad will visit James Harden and the Houston Rockets on Wednesday.

James Harden and the Houston Rockets snapped their two-game losing skid as they defeated the Memphis Grizzlies, 107-100. Harden had his way throughout the night as he finished with 44 points and 10 boards, including seven makes from beyond the arc. Eric Gordon put up 16 markers, while Danuel House Jr came through with an all-around outing of 15 points, 9 rebounds and 3 blocks. The Rockets earned the win without the services of Russell Westbrook, who was given the night off to take a rest.

It was a morale-boosting victory for the Rockets, who were coming off a frustrating 29-point defeat at the hands of the Miami Heat. They displayed more activity on the defensive end, and limited the Grizzlies to just three total three-pointers the whole game.

Rookie point guard Ja Morant topscored for the Grizzlies with an all-around stat line of 23 points, 5 rebounds and 6 assists. Dillon Brooks chipped in a near double-double night of 17 points and 9 boards. Despite their measly showing from long-range, Grizzlies head coach Taylor Jenkins doesn’t sound too alarmed and says that the shots will eventually fall for his squad.

After the game, Harden applauded Morant’s performance. The 2018 Most Valuable Player likes how the rookie playmaker is involving his teammates on offense, per David Cobb of the Memphis Commercial Appeal.

"Mistakes are going to happen, obviously. You know he’s young. But I love his  aggressiveness. He is confident shooting the basketball and getting to the paint and allows his teammates to create opportunities. So bright future for him.”

The Grizzlies are currently sitting at the bottom of the West with a 1-5 slate to start the year. They have an opportunity to improve that card when they face the Minnesota Timberwolves on Wednesday.