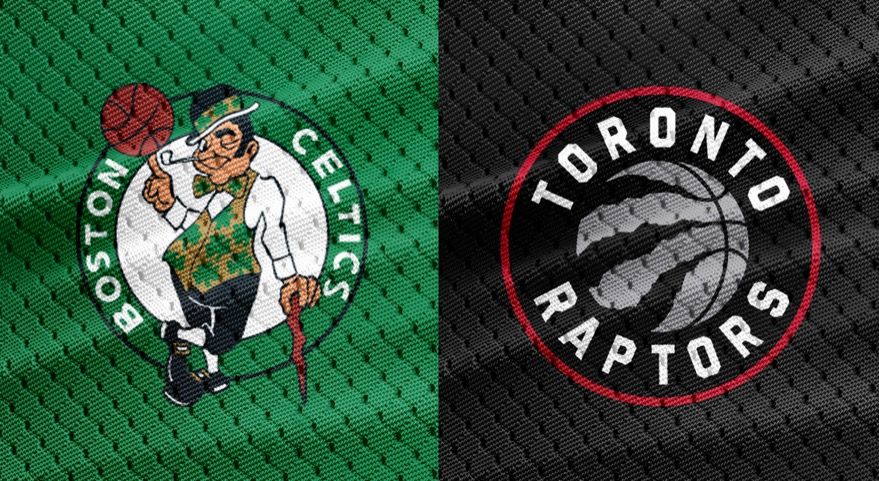 It took longer than what most fans initially projected but the Boston Celtics are headed to the Eastern Conference Finals despite almost losing an early-series lead. The Celtics moved on to the next round with a 92-87 win over the Toronto Raptors in Game 7 of their series on Friday in Lake Buena Vista, Florida.

Jayson Tatum led the Celtics, as he posted a double-double with 29 points and 12 rebounds to go along with seven assists. Jaylen Brown also had another productive night for Boston with 21 points on top of eight rebounds and four steals, while Marcus Smart chipped in 16 points and six assists. Kemba Walker shot just 2-for-10 from the field but had 14 points to go along with six rebounds for the Celtics, who almost blew a 2-0 lead in the series.

"I think when you’re trying to achieve something, especially winning a championship, you’re going to have to go through some things – some heartbreaks, some tough moments, a lot of adversity – and just see how you respond," Tatum said of winning the series in seven games despite almost taking a 3-0 lead. And I think we responded really well from almost being up 3-0, to being tied 2-2, to 3-3, and then coming into a must-win game, it was big."

Both teams grinded it out all-game long, but it was the Celtics who made bigger plays down the stretch. After leading by just a point after the first three quarters of the game, Boston started the final period with a 7-0 run and set the tempo of the game. They led by as much as 10 points in the fourth before the defending champions trimmed the lead down to two points, 89-87, with 1:21 left to play in the game.

The Raptors had a chance to tie the game during a fastbreak play with less than a minute left to play in the game, but Smart made a crucial block on Norman Powell's layup. Tatum made it a three-point game with 34.9 left to play before Walker sealed the game with two more free throws after Raptors guard Fred VanVleet failed to convert the potential game-tying three-pointer in the previous possession.

"Both teams laid it all out there," Celtics coach Brad Stevens said after the game. "This has been a grueling series. I give a lot of credit to them. Never, never go away. We had to gut one out to earn it. If you would have told me we shot what we shot from the free throw line, the 2-point line and the 3-point line and we win a Game 7, I would have said it’s probably unlikely. But we really guarded. And we had a number of good contributions in that area."

VanVleet paced the Raptors with 20 points and six assists, while Lowry posted 16 points on top of six rebounds and four assists. Serge Ibaka tallied 14 points and eight rebounds, while Pascal Siakam tallied 13 points and 11 boards. But despite finishing with a double-double, Siakam admitted that he should be blamed for Toronto's failure to defend their title this season after averaging just 14.9 points and 7.4 rebounds in the series.

"Obviously, I have to be better," Siakam, who averaged 23.6 points per game before the NBA restart, said via ESPN. "It was definitely a learning moment for me just learning from this experience and just learning that you've gotta be ready and I wasn't able to help my teammates. I take a lot of the blame, man."

Raptors head coach Nick Nurse, who was named NBA Coach of the Year this season, was disappointed for failing to advance, but he insisted that they have nothing to be ashamed of with what they achieved this season. The Raptors finished with the second-best record in the Eastern Conference this season despite losing superstar Kawhi Leonard and Danny Green in the offseason.

"It was a hell of a two-year run with the core group of these guys but I didn’t think that at all here until the game ended," Nurse said via Sportsnet Canada. "I wasn’t thinking about it being over at all. I was really planning on winning this series and getting ready for Miami tonight when I got back to the hotel. Now just thinking back again, a hell of a run for this team and some amazing moments and I think everyone  should be really proud of them."

With the win, the Celtics arranged an Eastern Conference Finals showdown against the Miami Heat. The Heat earlier clinched a spot in the conference finals after taking down the league-leading Milwaukee Bucks in their first-round showdown. Jaylen Brown expressed confidence of their chances of leading the Celtics to their first NBA Finals stint since the 2009-2010 season.

"This is a great group," Brown said of his team. "Tough group, resilient group. We got a lot of heart, a lot of fight about ourselves. We don’t back down from challenges and that’s what we need from each other. It’s inspiring just to be in the locker room with these guys because a lot of them, some of them are not even playing and they’re sweating because they feel like they’re in the game."

The Denver Nuggets looked on the verge of exiting the NBA bubble, but they managed to live another day. The Nuggets showed resilience anew, as they escaped with a come-from-behind 111-105 win over the Los Angeles Clippers in Game 5 of the 2020 NBA Western Conference Semifinals in Orlando, Florida.

Denver's superstar duo did their part as Nikola Jokic tallied a double-double with 22 points and 14 rebounds to go along with five assists and two blocks, while Jamal Murray ended up with 22 points on top of eight rebounds and seven assists. While Jokic and Murray did their usual role, it was Paul Millsap and Michael Porter who took the spotlight for the Nuggets in their run in the second half.

Down by 12 points after the opening half, Millsap sparked a rally for the Nuggets, as he scored 14 of his 17 points in the third quarter. Millsap had a run-in with Clippers forward Marcus Morris late in the second quarter, which proved to be the spark the 35-year-old veteran needed to lead his team's comeback in the second half.

"He stood up. His response to that situation really helped our team to respond,"Nuggets head coach Mike Malone said of Millsap via ESPN. "That gave us a group toughness. Paul played really well for us tonight. That play was really impactful."

Denver trailed by seven points to start the fourth period but they kept on trimming the lead until they finally took the driver seat, 89-88, after a three-pointer from Jokic with 7:06 left to play in the game. Denver led by as much as eight points before Kawhi Leonard helped the Clippers pull within two points with less than two minutes to play in the game. However, Porter knocked down a huge three-pointer at the 1:11 mark to make it a five-point game then converted four free throws in as many attempts down the stretch to seal the win for Denver.

"The guy is a tireless worker," Malone said of Porter via ESPN. "He's a gym rat. And for every shot he makes in a game, he's had thousands upon thousands of reps in a practice gym. So what it says is that he has confidence in himself, we have confidence in him, and maybe we didn't find him, he didn't make many shots before that, but every time that kid shoots the ball, I think it's going in."

Leonard led the Clippers with 36 points and nine rebounds to go along with four assists and three steals. Paul George ended up with 26 points on top of six rebounds and six assists, while starters Marcus Morris and Patrick Beverley ended up with 12 and 10 points, respectively. Morris voiced out his frustrations after the game, though, saying that they have been relying too much on being a good team "on paper" in the playoffs.

"We put the onus on ourselves," Morris said. " We should have put that game away; we should have stuck to what we were doing. That has been one of our Achilles' heels, kind of messing with the game when we get up. To get where we are trying to get to, and that's being champions, we have to be better. That has nothing to do with coaching. That is on the players."

The Clippers will look to close it out on Sunday in Game 6. George is not ready to push the panic button, saying that they are still leading the series and they just need to correct their mistakes in the next game.

"We're in the driver's seat," George said. "We had them where we wanted them. Again we should have put them away. They came back, they won a game, and it comes down to Game 6."