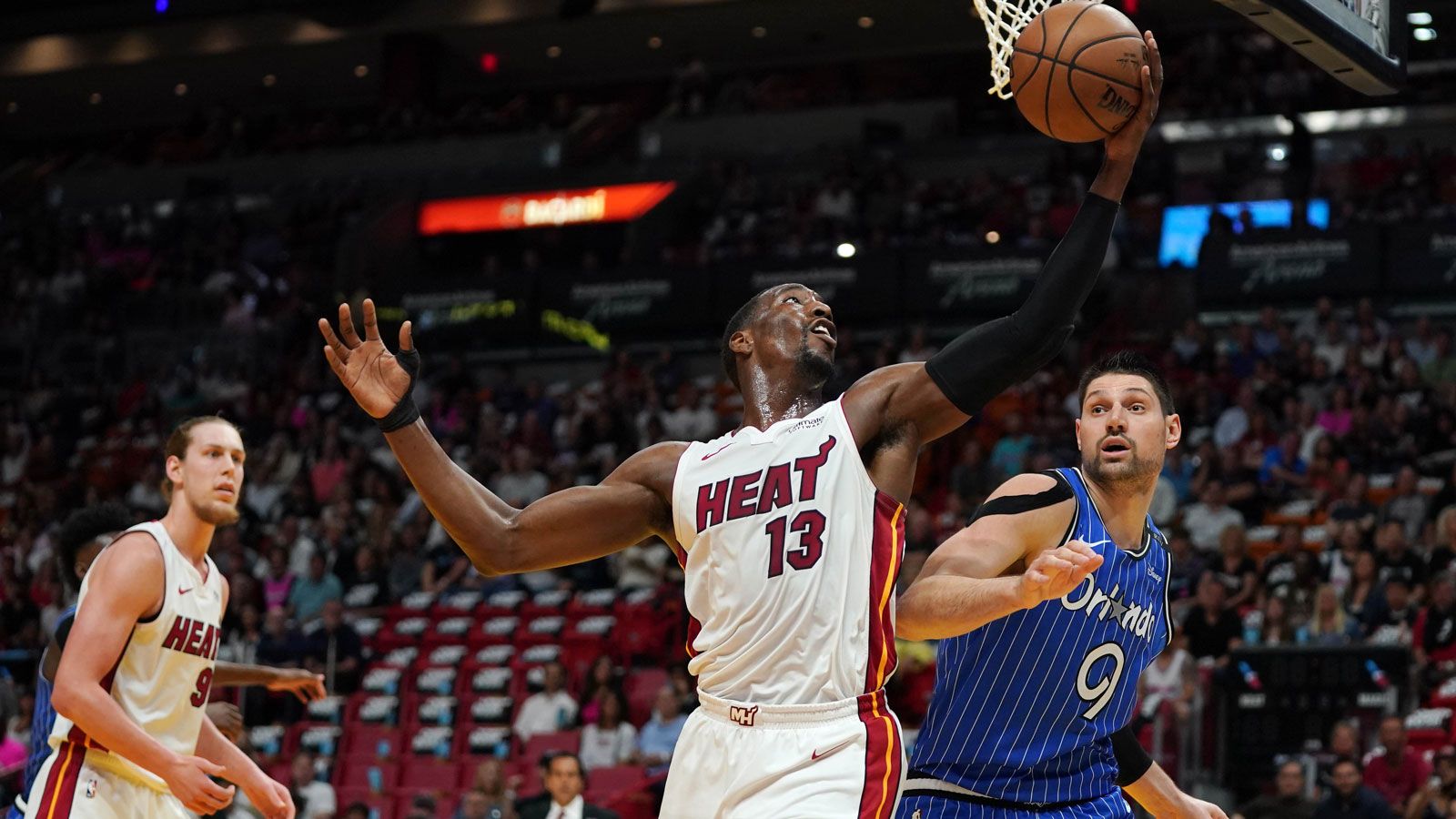 In a critical game that could spell their fate at the end of the season, the Orlando Magic have taken the 8th seed in the East as they defeated Dwyane Wade and the Miami Heat, 104-99. All-Star center Nikola Vucevic carried the mantle for the visiting team as he finished with a stellar all-around outing of 24 points, 16 rebounds and 5 assists. All Magic starters finished in double-digit scoring, with young budding forward Jonathan Isaac chipping in 19 points, and veteran point guard D.J. Augustin contributing 17 markers and 7 assists. After trailing the Heat by 14 points at the end of the opening period, Orlando would clamp down on defense as they held Miami to just 19 total team points in both the second and third quarters. The Magic also dominated on the boards, grabbing 55 total rebounds compared to the Heat’s 39. Orlando is now the hottest team in the league as they ride an impressive six-game winning streak.

Wade came off the bench to tally 22 points, 7 rebounds, 7 assists and 3 steals, while shooting guard Dion Waiters logged in 26 markers, including five makes from beyond the arc. It was a stinging defeat for the Heat as they lose their position on the last playoff spot in the conference, while also giving up the tiebreaker advantage to Orlando.

A highly-anticipated battle between the two leading MVP candidates this season turned to be a blow-out win for the Milwaukee Bucks as they held off James Harden and the visiting Houston Rockets for a convincing 108-94 win. All-Star forward Giannis Antetokounmpo put up an efficient night of 19 points, 14 rebounds and 4 assists, while point guard Eric Bledsoe tallied 23 points and 7 assists. The league-leading Bucks team used strong middle quarters to break away from the visiting squad, even limiting the offensive powerhouse Rockets to just 18 points in the third period. The win gives the Bucks their 56thvictory of the season, owning a commanding four-game lead over the Toronto Raptors for the top seed in the conference.

The Rockets got 23 points, 10 rebounds and 7 assists from Harden and 19 markers and 9 rebounds from veteran star playmaker Chris Paul. However, the Bucks’ defensive schemes put Harden in an uncomfortable spot as he made just one of his nine three-point attempts, and committed four turnovers in the loss.

After seeing their 27-point halftime lead evaporate in the deciding quarter, the Denver Nuggets turned to Jamal Murray to hack out a nail-biting 95-92 win over Blake Griffin and the Detroit Pistons. Murray topscored for the Nuggets with a game-high 33 points and 5 assists, including a dagger baseline jumper that gave the home team a four-point cushion in the waning seconds. Nikola Jokic came through with his usual double-double night of 23 points and 15 rebounds as Denver reached the 50-win plateau this season. Owning a big 66-39 lead at halftime after holding the Pistons to just 9 first quarter points, the Nuggets had a near collapse in the second half. An Andre Drummond steal-and-dunk at the fourth minute mark of the deciding period cut the Nuggets’ lead to a single-digit one. With only a little above a minute remaining, Pistons shooting guard Wayne Ellington hit a three-pointer to chip away the lead to just two points. But Murray was able to answer on the other end, while Griffin failed to hit a potential game-tying three-pointer at the buzzer.

Griffin led the charge for Detroit with 29 points, 15 boards and 5 assists, while Drummond scattered his own double-double of 13 markers and 17 rebounds. The loss dampens the Pistons’ bid to solidify their playoff position as they fall to a 37-37 record. The 9th-seeded Miami Heat are just a full game away as Detroit suffered their third loss in a row.

Despite being out of playoff contention, the Los Angeles Lakers aren’t putting their foot on the brakes as they defeated the Washington Wizards, 124-107. LeBron James led the Lakers with a brilliant versatile performance of 23 points, 14 assists and 7 rebounds, while shooting guard Kentavious Caldwell-Pope topscored with 29 markers. JaVale McGee had another solid outing of 20 points, 15 boards and 4 blocks, including an efficient 9-11 shooting performance from the field. The Lakers won every quarter of the game, and were seemingly having more funk to their step. The Lakers now sport a 33-41 win-loss card, winning their last two assignments and shaking off a prior five-game losing streak.

All-Star shooting guard Bradley Beal scored a game-high 32 points in the loss, but had little help from his teammates. Jabari Parker chipped in 18 markers off the bench as the Wizards struggled from the three-point territory, hitting just 6 of their 32 attempts. The slumping Wizards are now riding a five-game losing streak, and are virtually out of the postseason.