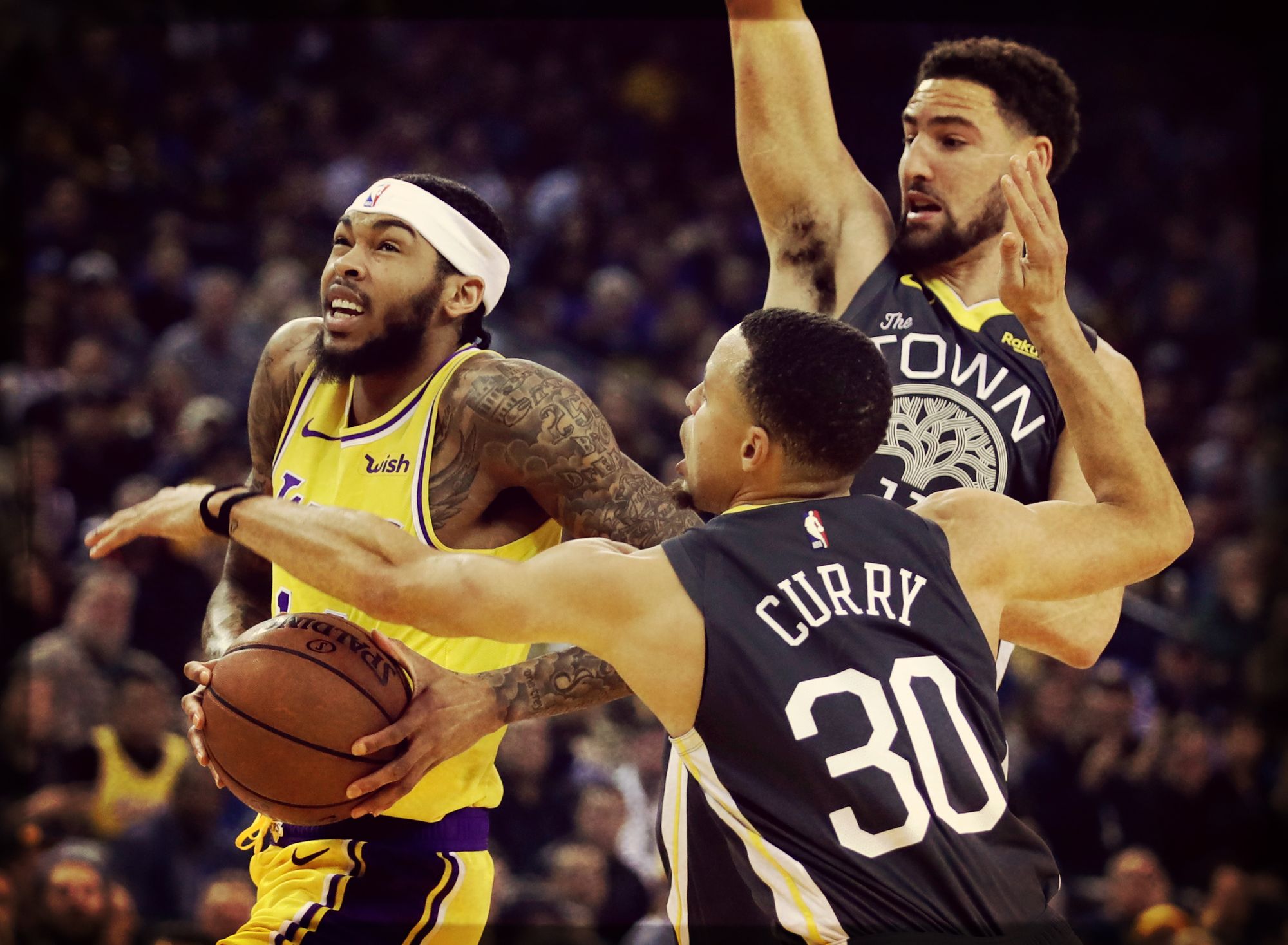 It appeared that the Detroit Pistons were headed for a blow-out win until Lou Williams and the Los Angeles Clippers unleashed a second-half explosion to steal the game from the Pistons, 111-101. Williams, one of the most underrated players in the league today, carried the Clippers’ offense and finished with 39 points and 9 assists in the win. He almost single-handedly lifted the visiting team in the second half with Tobias Harris struggling from the floor and tallying only 7 markers. The Pistons led by 18 after the first half, only to be ambushed by a suffocating Clips’ defense that held the home team to only 14 points in the fourth quarter.

Reggie Jackson led Detroit with 29 points and 7 assists, while Blake Griffin scattered 24 of his own, on top of 11 boards and 6 dishes. It was a much-needed win for the Clippers as they embark on a six-game road trip in the East coast.

Despite without the services of LeBron James, the Los Angeles Lakers were able to push the Golden State Warriors to the brink before the defending champs finally showed their true form in the final quarter to earn a 115-101 victory. All-Star shooting guard Klay Thompson topscored for the Warriors with 28 points and 5 rebounds, while Kevin Durant had a brilliant all-around game of 21 points, 11 assists and 5 boards. The Lakers had an eight-point lead at the midway mark of the third quarter, before Warriors center DeMarcus Cousins brought Golden State to life with an emphatic poster dunk on Lakers sophomore Kyle Kuzma. That dunk turned out to be a key moment as the Warriors embarked on a run to claim the lead before the quarter ended. Stephen Curry only finished with 14 points, but his clutch performance in the final period saw him score 12 points, including 10 straight markers to put the Lakers away for good.

Brandon Ingram again led the Lakers with 20 points and 4 boards, while point guard Rajon Rondo almost got a triple-double of 12 points, 11 assists and 8 rebounds. The Lakers opted to rest LeBron James after a grueling overtime game against the Clippers in their previous assignment.

The Milwaukee Bucks relied on a fast-starting first half performance to hand the Washington Wizards a resounding 131-115 defeat. Giannis Antetekounmpo led all scorers with 37 points and 10 rebounds, while fellow All-Star Khris Middleton impressed with 20 points, 7 boards and 6 assists in the win. The Bucks built enough cushion in the first half as they held off a third quarter comeback attempt by the Wizards.

Bradley Beal, who just earned his second All-Star berth, led the Wizards with 24 markers and 4 rebounds. Combo forward Jeff Green came off the bench to chip in 20 points in the loss. The Bucks have now won three straight contests, and 16 of their last 19 games.

The Sacramento Kings earned a much-needed victory as they defeated a powerhouse Philadelphia 76ers squad, 115-108. Buddy Hield was again a force to reckon with in offense as he tallied 34 points and 6 rebounds in the win, including seven makes from beyond the arc. The Kings led for the most part of the game, but Sixers star Jimmy Butler’s fourth quarter heroics brought the game to a close-call affair. Butler unleashed 15 of his 29 points in the final period, including difficult three-pointers that could have sank the hearts of the young Kings. But Sacramento had an answer to every Sixers’ basket as a Butler three-point attempt finally clanked off the rim in the waning seconds.

Joel Embiid completed a double-double of 29 points, 17 boards and 4 blocks, while fellow All-Star Ben Simmons impressed with 22 points, 8 rebounds and 4 assists for the Sixers.