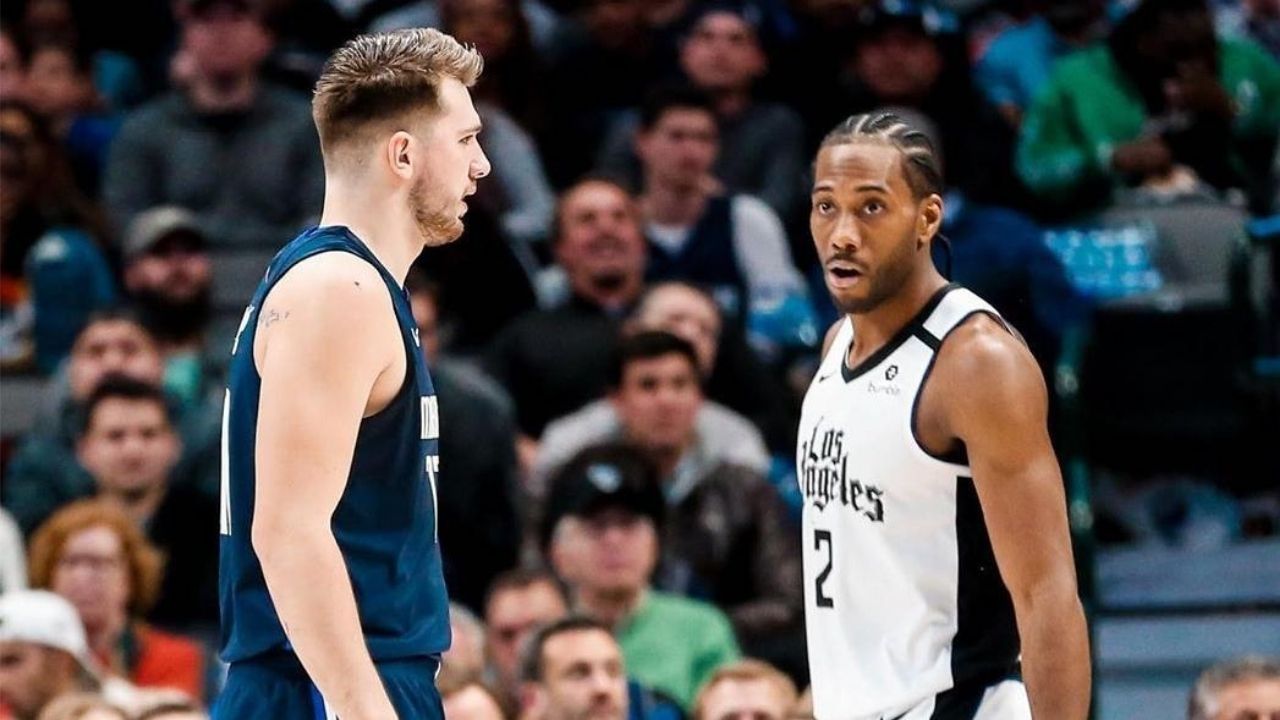 The Dallas Mavericks were tagged as a serious threat to any higher-ranked teams in the playoffs, and they showed on Wednesday why the series will not be a walk in the park for the second-seeded Los Angeles Clippers. The Mavericks ran away with a 127-114 victory over the Clippers in Game 2 in Orlando to tie their best-of-seven first-round playoff series.

Luka Doncic, who scored 42 points in his playoff debut on Monday, had another big night for the Mavericks. The 21-year-old superstar finished with 28 points to go along with eight rebounds and seven assists. Kristaps Porzingis posted 23 points and seven rebounds. The Mavericks were in danger of falling 0-2 in the series when Doncic was forced to sit due to foul trouble, but the Dallas' bench responded to the challenge in the third period.

With Doncic picking up his fifth foul early in the final period, Trey Burke, Seth Curry, and Tim Hardaway Jr. made big plays for the Mavericks. The Mavericks led by as much as 18 points with Doncic on the bench. Los Angeles had a comeback attempt late in the game, but Dallas held on the series-tying victory.

"This is how we're going to have to win games," Mavericks head coach Rick Carlisle said after the game via ESPN. "Our depth is going to be a big part of it."

"It’s a group that’s had some time together during the year during some stretches when Luka was out, so they know how to play together," Carlisle said via Dallas Morning News. "The other thing was, we were scoring but we were also scrappy defensively."

Kawhi Leonard led the Clippers with 35 points and 10 rebounds, while Lou Williams came off the bench to finish with 23 points on top of seven assists and four rebounds. Marcus Morris added 14 points and eight boards, while Reggie Jackson and Montrezl Harrell chipped in 11 and 10 points, respectively. Paul George had a rough night, as he finished with just 14 points on 4-for-17 shooting from the field, including a measly 2-for-10 clip from beyond the arc.

Clippers head coach Doc Rivers is not expecting things to be easier in the coming games, saying that the Mavericks looked like a sharp team. The one-time champion coach feels that all matchups in the bubble are close, considering the amount of preparations teams had before the restart.

"They’re sharp and they’re ready," Rivers said of the Mavericks. "The competition, it’s amazing. You can feel it. I don’t know if it’s more competitive, but it’s competitive out there. I think because everyone in the bubble has confidence right now because they put the work in. So that’s what’s going to make it hard."

Donovan Mitchell's 57-point performance went down the drain in the series-opener after taking a loss, but the superstar guard made sure that the Jazz will be in a better position in Game 2. Mitchell scored 30 points and dished out eight points to lead the Jazz to a 124-105 win over the Denver Nuggets on Wednesday.

Mitchell had his teammates involved, drawing the defense to him and making the right passes early in the game. But in the third period, the 23-year-old guard took the matter into his own hands, as he erupted for 21 points in the quarter to help the Jazz pull away from the Nuggets.

"The biggest thing for me is reading the situation," Mitchell said via ESPN. "My first  years, I kind of saw the rim, being a scorer. I prided myself over the quarantine just how to become play-maker. Find a way to get the team involved. It may not always be  scoring. I think today, just trusted my teammates."

Jordan Clarkson provided a huge lift off the bench as usual, finishing with a career playoff-high 26 points on 9-for-18 shooting, including a 4-for-9 clip from the three-point region. Rudy Gobert racked up 19 points and seven rebounds on top of three assists and two blocks, while Joe Ingles chipped in 18 points and six assists for the Jazz, who shot 51.7 percent from the field and 45.5 percent from beyond the arc.

Nikola Jokic had a double-double for the Nuggets with 28 points and 11 rebounds, while Michael Porter Jr. added 28 points and six boards. Jamal Murray, who scored 36 points in their Game 1 win over the Jazz, was limited to 14 points by the stifling Jazz defense. Murray said that he was not frustrated by Utah's defense at all, but Coach Malone pointed out that his superstars need to match their counterpart to be in a good position to win.

"Their best players played well," Malone said via The Denver Post. "We need our best players to play well. That’s the bottom line, it’s the playoffs."

Game 3 of the series is scheduled on Wednesday. The Jazz are awaiting the return of starting point guard Mike Conley, who had to leave the bubble for the birth of his son. The Nuggets, on the other hand, are expected to have Gary Harris back from injury at some point in the series.

The Toronto Raptors were far from their usual form on Wednesday but it was enough to beat the short-handed Brooklyn Nets. The defending champions escaped with a come-from-behind 104-99 win against the Nets in Game 2 of their best-of-seven playoff series.

Fred VanVleet had another solid night for the Raptors with 24 points, 14 of it coming in the third period, to go along with 10 assists and five rebounds. Kyle Lowry scored 21 points and grabbed nine rebounds, while Pascal Siakam racked up 19 points and six rebounds for the Raptors, but it was Norman Powell who took the spotlight for Toronto.

Powell had a big night for Raptors with 24 points on 11-for-17 shooting from the field to go along with six rebounds and two assists. VanVleet said that he felt before the game that Powell was due for a huge night, and the veteran guard made sure to encourage him to attack for the entire game.

"I told Norm before the game this felt like a Norman Powell game," VanVleet said via Sportsnet Canada. "He can get hard on himself when he doesn’t play up to his  standards. So just wanted to stay in his ear. He’s probably got an extra 20, 30 inches on his vertical than I do, so I wanted him to attack those same gaps that I was seeing and rise up. And he was able to do that with some big dunks and that one in the second quarter in particular was huge for us."

The Nets were in control for almost the entire match and looked poise to even the series. However, the Raptors shifted to next gear in the fourth period. Brooklyn still had a chance to force overtime with 15 seconds left to play in the game. With the Raptors holding a 102-99 lead, Nets head coach Jacque Vaughn designed a play for sharp-shooting forward Joe Harris, but Lowry had a crucial steal that led to a Powell dunk to seal the Game 2 victory.

Garrett Temple led Brooklyn in scoring with 21 points, while Joe Harris and Jarrett Allen both had 14 points and 14 rebounds. Caris LeVert had a double-double with 16 points and 11 assists, while Timothy Luwawu-Cabarrot and Tyler Johnson added 17 and 12 points, respectively for the Nets.

The Boston Celtics also made it 2-0 against the Philadelphia 76ers after scoring a 128-101 blowout win on Wednesday. Philadelphia had a strong start, but the Celtics got a huge lift from their reserves to take control of the match en route to the impressive victory.

The 76ers took a 14-point lead after the first period, but the Celtics took their game into another level in the second period. Led by their reserves, Boston took a 65-57 lead at the half and did not look back. Celtics head coach Brad Stevens credit their bench, saying that their reserves "took a game that was not going our way and changed it."

Celtics superstar Jayson Tatum paced the Celtics with 33 points and five rebounds, while Kemba Walker and Jaylen Brown added 22 and 20 points, respectively. Marcus Smart had 10 points, while Enes Kanter posted 10 points and nine rebounds off the bench for the Celtics, who got 41 points from their reserves.

On the other hand, Joel Embiid tallied 34 points and 10 rebounds, while Josh Richardson added 18 points. Shake Milton chipped in 14 points, while Tobias Harris scored 13 points on a measly 4-for-15 shooting from the field for the 76ers, who are playing without superstar Ben Simmons.

Philadelphia will look to bounce back in Game 3 of the series on Wednesday. Embiid remains confident that they can make it an interesting series, but they need to step up to have a chance against the third-seeded Celtics.

"It's a long series," Embiid said via ESPN. "We've got a long way to go. Obviously, this was a tough one tonight. We've got to lock in and get ready for Game 3."