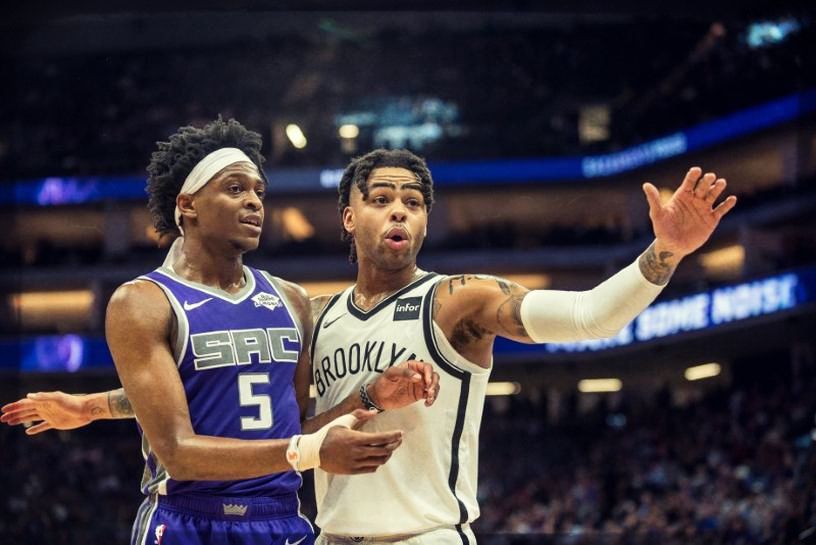 Playing without All-Star center Joel Embiid, the Philadelphia 76ers turned in a balanced offensive attack to carve a close-call 118-114 victory over Kemba Walker and the Charlotte Hornets. Sophomore point forward Ben Simmons topscored for the Sixers with 28 points, 8 rebounds and 5 assists, while veteran shooting guard JJ Redick chipped in a near triple-double of 27 points, 10 boards and 8 assists. A close game throughout the night, a Jeremy Lamb corner three-pointer tied the game at 109, but Jimmy Butler answered on the other end with a three of his own, putting the Sixers up by three with a little over a minute to go in regulation. Then Butler followed up his big shot with a dish to James Ennis, who made another shot beyond the arc with only 18 seconds remaining. The Hornets got a huge break when Lamb was fouled while attempting a triple, cutting the deficit to 115-114. Tobias Harris split his free throws to give Philly a two-point lead, then Lamb missed on a point-blank lay-up at the other end.

The Sixers are now on a six-game winning streak, and three games ahead of the Indiana Pacers for the 3rd seed in the East. Lamb led the charge for the Hornets with a double-double of 26 points and 11 boards, while Walker chipped in 21 markers. Charlotte fall to a 31-39 record, 3.5 games behind the Miami Heat for the last playoff spot in the conference.

In a bid to bounce back from their tough loss at the hands of the San Antonio Spurs, the Golden State Warriors did just enough to hold off the Minnesota Timberwolves, 117-107. Superstar point guard Stephen Curry torched the opposition with 36 points, built on eight made three-pointers, while Klay Thompson tallied 28 markers and 4 assists. All-Star forward Kevin Durant had an unusually quiet scoring night with only 17 points but dished out 9 assists in the win. The defending champs capitalized from beyond the arc, putting up 19 triples on a stellar 45% clip. Sweet-shooting big man Jonas Jerebko scattered 18 points off the bench.

All-Star center Karl-Anthony Towns’ massive double-double night of 26 points and 21 rebounds went for naught as the team only shot 25% from beyond the arc. Andrew Wiggins contributed an all-around performance of 20 points, 8 boards and 6 assists. The Wolves have now sustained four consecutive defeats as their playoff hopes diminish with only 11 games remaining on their schedule.

The Houston Rockets were in cruise control throughout the night as they made light work of the Atlanta Hawks for a convincing 121-105 victory. James Harden, one of the frontrunners for the MVP award this season, impressed with 31 points, 10 assists and 8 rebounds, while young budding center Clint Capela contributed a double-double of 26 markers and 11 boards. With the game tied after the opening period, the Rockets would clamp down on defense on the ensuing quarters, while torching the Hawks on offense. Houston displayed their perimeter shooting brilliance by making 19 shots from deep, totalling a very high 51% overall clip from the field. Danuel House Jr. came off the bench to tally six three-pointers on his way to finishing with 19 points.

Prized rookie playmaker Trae Young amassed a double-double of 21 points and 12 assists, while John Collins put up 20 points and 10 rebounds. The win was the Rockets’ 12th in their last thirteen games as they maintain their place on the third spot in the stacked Western Conference.

Nets show incredible fight as they rally past Kings

Trailing by a big deficit of 25 points after three quarters, the Brooklyn Nets did the impossible as they fought back to hack out a hard-earned 123-121 victory over the Sacramento Kings. All-Star point guard D’Angelo Russell led the Nets’ comeback with 27 fourth quarter points as he finished with a career-high 44 points, 12 assists, 4 rebounds and 4 steals. Russell scored from almost everywhere during the crucial stretch, draining pull-up three-pointers and penetrating for creative finishes around the rim. Combo forward Rondae Hollis-Jefferson proved to be a game-changer as he gave energy to a lifeless Nets squad, capping off his steady performance with an acrobatic lay-up that put Brooklyn up by two with only 0.08 seconds remaining on the clock. The 7th-seeded Nets improved to a 37-36 record with the comeback win.

Rookie forward Marvin Bagley had another excellent outing for the Kings as he put up 28 points and 7 boards in the loss. De’Aaron Fox chipped in 27 points and 9 assists. It was another frustrating close defeat for Sacramento, who was outscored 45-18 by the Nets in the deciding quarter. The Kings are now lagging seven games behind the Oklahoma City Thunder for the last playoff spot in the West.