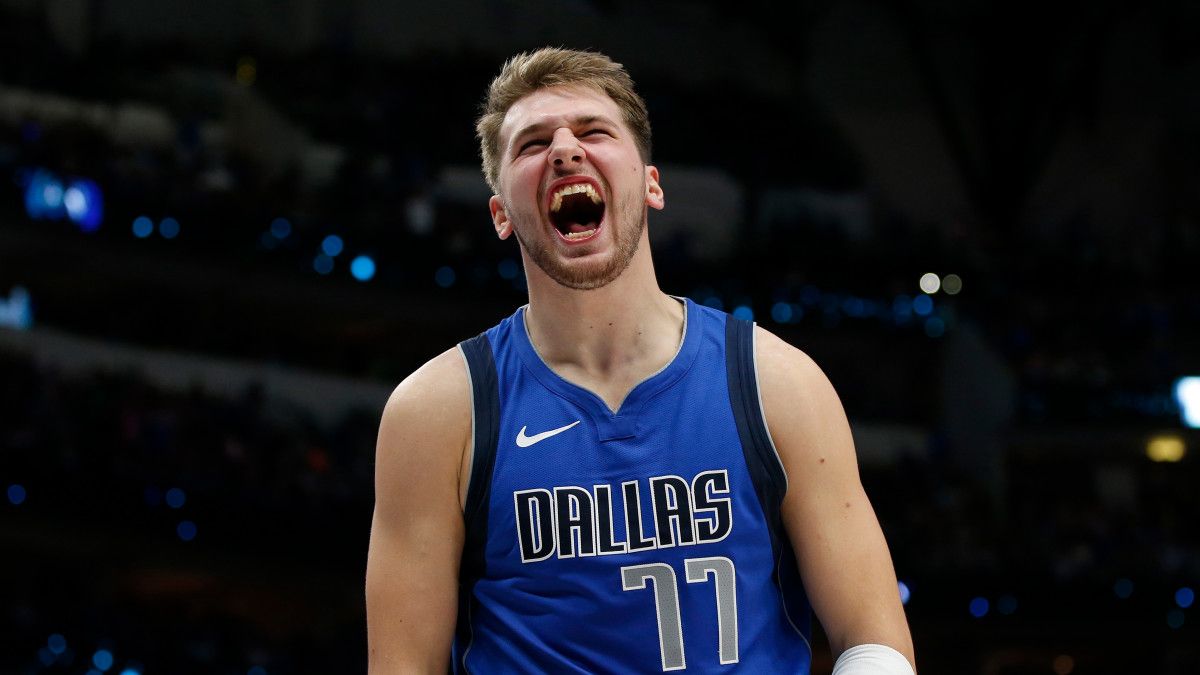 Luka Doncic and the Dallas Mavericks outgunned their counterparts as they hacked out a high-scoring 137-123 victory over James Harden and the Houston Rockets. Doncic wasn’t able to complete a triple-double stat line in the win, but topscored with a game-high 41 points. The amazing sophomore playmaker also dished out 10 assists, pulled down 6 rebounds and stole the ball twice. But it was not only Doncic who did the damage against the Rockets. Tim Hardaway Jr came up with his best game of the season, firing five three-pointers on his way to 31 points. Kristaps Porzingis also joined the fun as he finished with a double-double performance of 23 points and 13 boards.

While it is hard for a visiting team to establish their dominance right from the tip-off, the Mavericks were able to put up a stellar first quarter performance. They were unstoppable on offense as they scored 45 points in the opening period, and established an 18-point lead after the first half. The Rockets tried to attempt a comeback in the second half, but Dallas already had enough cushion to weather the storm.

Mavericks head coach Rick Carlisle points out to this victory as a “big win”, per Brad Townsend of The Dallas Morning News.

“The team is growing. This was a big win, there’s no question about that. You come in here, this is a big-time place to play and you’re playing against great players. So our guys deserve credit. But look, this is a process.”

It was also an efficient performance for Porzingis, who also had 3 assists and 2 steals. He has failed to crack the 20-point mark in his previous three games, but he bounced back big time at Houston. Porzingis says that the team is slowly improving their chemistry while learning how to stick with the coaches’ game plan.

“I think we like playing with each other. We hold each other accountable. We trust the coaching staff with the game plan and we follow it.

And we’re trying to have fun and play with intensity. It’s slowly coming all together and that’s why we’re winning games.”

James Harden led the way for the Rockets with a near triple-double night of 32 points, 9 rebounds and 11 assists. Russell Westbrook contributed 27 points and 6 assists, while young budding big man Clint Capela had a massive double-double outing of 21 points and 22 boards. It was another great night for the Rockets in terms of their offense. However, their defense obviously needs more improvement if they want to truly contend this year. The Rockets will try to end their three-game skid when they host Jimmy Butler and the Heat on Wednesday.

Spencer Dinwiddie continues to shine in the absence of superstar Kyrie Irving as he led the Brooklyn Nets to a morale-boosting 103-101 win over the New York Knicks. Dinwiddie produced a game-high 30 points, on top of 4 rebounds and 4 assists. All of the Nets starters had double-digit scoring nights. Young big man Jarrett Allen tallied 18 points and 10 rebounds, while Taurean Prince put on an all-around performance of 14 points, 11 boards and 5 assists.

The Nets were up by 10 points entering the fourth quarter, but the Knicks tried to fight back in the waning minutes of regulation. The Knicks were able to trim the deficit to just with a little above a minute remaining on the clock, but Nets veteran forward Joe Harris answered with a clutch basket and a pair of free throws to douse the fire.

Marcus Morris topscored for New York with 26 markers on a stellar 7-8 clip from beyond the arc. Julius Randle had 15 points and 8 rebounds, while veteran gunner Wayne Ellington came off the bench to chip in 12 points, all of which came from three-point territory. Randle emphasized that the team has to display more discipline on defense if they want to rack up more wins, as per Greg Joyce of the New York Post.

“They made tough shots, we made shots, but we didn’t get stops down the stretch. They’re good at being crafty late in the shot clock, crafty at getting the ball into the paint. Especially Spencer swooping through and all that type of stuff. Just gotta be disciplined. We didn’t have it.”

The Knicks, who are now sporting a disappointing 4-13 record, will travel to Toronto to go up against Pascal Siakam and the defending champs on Wednesday.

Despite a low scoring night from Nikola Jokic, the Denver Nuggets showed their excellent roster depth as they defeated the Phoenix Suns, 116-104. Veteran All-Star Paul Millsap led the Nuggets in scoring with 23 points, while Jamal Murray and Will Barton amassed 22 markers apiece. Jokic, who only had 8 points, contributed in other ways as he grabbed 13 rebounds and tallied 5 assists.

The Nuggets were trailing by five points by the end of the first half, but would come alive in the second half. They tightened the screws on their defense in the third quarter, holding the Suns to just 20 total points. Aside from their defense and much-improved offensive execution in the second half, Nuggets head coach Mike Malone also credits the team’s second unit, as per the NBA.com.

"I have to give a huge shoutout to our bench. In the second half, I thought our bench unit was were great. I thought [Plumlee] was phenomenal from beginning to end. Monte Morris, in that second half, that’s the Monte Morris that we need, aggressive, confident and attacking.

[With] Malik Beasley, we have so much depth that we can call on guys who haven’t  played, another example of a guy who stays ready, comes in the game and helps us get  a win. That stretch that the bench unit had until the six-minute mark of the fourth quarter was tremendous and I couldn’t be prouder of that group.”

The Suns, who played without starters Ricky Rubio and Aron Baynes, got solid contributions from unexpected sources. Cheick Diallo had 22 points off the bench, and Dario Saric put up a double-double night of 18 points and 17 rebounds. Back-up point guard Elie Okobo also contributed 16 points and 4 assists. However, the team’s primary offensive weapon Devin Booker only had 12 points in the loss, on top of five turnovers.