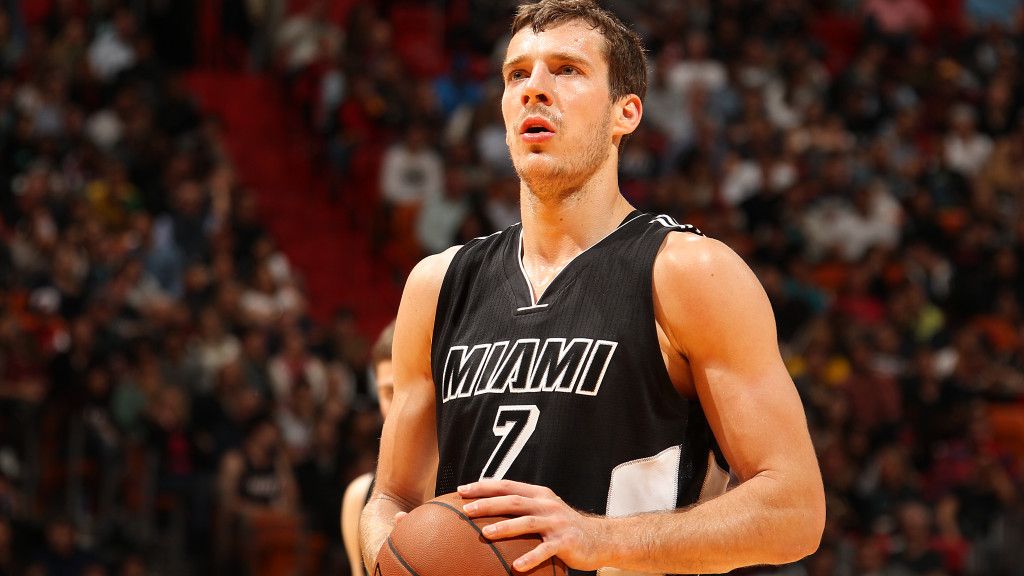 With main man Jimmy Butler nursing a minor back injury, the Miami Heat turned to their ever-reliable point guard as they defeated the Portland Trail Blazers, 122-111. Veteran scoring guard Goran Dragic came off the bench to lead the way for the Heat. The lefty Slovenian baller tallied a double-double outing of 29 points and 13 assists, including seven hits from three-point territory. Young budding big man Bam Adebayo stuffed the stat sheet as he finished 20 points, 8 boards and 6 dimes, while Derrick Jones Jr contributed 19 points, 6 rebounds and 2 blocks.

It was a great test of character for the Heat, who came in without key cogs Butler, and Justise Winslow. Despite being short-handed, Miami still raced to an early 12-point lead after the opening quarter and increased their advantage to 19 points as the game reached its mid-way point. It was a balanced effort for the Heat on the offensive end as seven of their players cracked double-digits in scoring. James Johnson, who has not played in the last 18 games, chipped in 12 points, 6 boards, 2 assists and 2 blocks in the win.

Heat head coach Erik Spoelstra singled out Dragic’s performance as the team carved their 26th win of the season, as per Anthony Chiang of the Miami Herald.

“Let’s not anybody forget that this is an All-Star player we’re talking about. It gives me a great hammer to be able to make that point to our roster, especially our young guys. But everybody else, that if you want to be part of a good team, you have to be willing to sacrifice. The definition of sacrifice is giving in, giving up, giving something that actually you feel it. And Goran very much would rather be a starter and he can be a starter.”

Damian Lillard topscored for the Blazers with a game-high 34 points, on top of his 12 assists and 3 steals. The Blazers missed the services of their second-best scorer, CJ McCollum. The spitfire combo guard sat out the game due to an illness, as Lillard emphasized that his backcourt partner’s absence greatly affected their performance, as per Jamie Goldberg of The Oregonian.

“It’s tough not having him. But they didn’t have their best player, so it’s not really much of an excuse. We just didn’t compete hard enough to start the game and we dug a hole. It’s hard to dig out of that on another team’s floor.”

Young point guard Anfernee Simons filled up the scoring void left by McCollum as he finished with 19 points and 4 assists in the loss. Saturday’s game also marked Hassan Whiteside’s first trip back to Miami after being traded to Portland in exchange for stretch big man Meyers Leonard. Whiteside came through with another double-double night of 21 points, 18 boards and 2 blocks. In need of a job in the NBA in 2014 after being out of the league for two years, Whiteside found solace in Miami as he proved to be a walking double-double machine each game. He would go on to sign a multi-year extension with the Heat, spending four more years with the team before being shipped last summer.

The hulking, shot-blocking center credited the Heat’s culture for shaping him to become the excellent player that he is today, as per Casey Holdahl of NBA.com.

"I think it was great, I became who I am. They took a chance on me and I   recommitted to them for four more years. We didn't get what we wanted to get, you always want to get that championship, but we battled."

Whiteside and the Blazers will have a full day of rest before they travel to Canada to go up against Kyle Lowry and the Toronto Raptors on Tuesday.

Clippers escapes another embarrassment in win over Knicks

Coming off a 26-point beating at the hands of the Memphis Grizzlies, the Los Angeles Clippers did just enough to beat the New York Knicks, 135-132. With Kawhi Leonard sitting out the second leg of their back-to-back schedule, the Clippers drew solid outings from their two super reserves. Both coming off the bench, Montrezl Harrell and Lou Williams put up 34 and 32 markers, respectively. Superstar forward Paul George also had 32 points of his own, but fouled out in the fourth quarter, in which the Knicks took advantage as they went on a 10-0 run to make the game more interesting.

With New York tying a franchise-record 45 points just in the first quarter, it looked like the Clippers were in for another shocking loss. But behind the pick-and-roll efficiency of Williams and Harrell, the Clippers answered with a 47-point second quarter and followed it up with 38 points in the third period. Clippers head coach Doc Rivers couldn’t help but express his relief on how his team escaped with a win over an opponent who shot a very high 57% clip from the field, as per Joe Reedy of The Associated Press.

''You can win games with bad offense and good defense. Tonight people can say either the offense was phenomenal or both teams struggled defensively. The players will say  one thing but the coaches will say the other.''

Marcus Morris had another stellar shooting display for the Knicks. The veteran sweet-shooting forward had a game-high 38 points, including a spectacular 6-7 clip from beyond the arc. Prized rookie swingman RJ Barrett contributed 24 points and 6 boards, while Julius Randle had an all-around outing of 16 points, 8 rebounds, 4 dimes and 2 steals. Despite the loss, Knicks new interim head coach Mike Miller credited his wards for showing a tough-minded character even after losing their big lead.

''It was one of the wilder games that I have been a part of. We put together a big first quarter and then it flipped. But we showed grit to stay in the game and put ourselves in position at the end.''

The Knicks will only have a full day of rest before they continue their current four-game road trip on Tuesday. The Los Angeles Lakers and the Utah Jazz are waiting for them as they close out their trip with a back-to-back schedule.

A crucial three-pointer from Anthony Davis and another triple-double stat line from LeBron James helped the streaking Los Angeles Lakers hack out a close-call 106-99 victory over Derrick Rose and the Detroit Pistons. Davis imposed his presence on both ends of the floor as he put up 24 points, 11 rebounds, 3 steals and 8 blocks. His corner three-pointer, his only triple in the win, with under a minute remaining on the clock proved to be the game-winning play of the night. LeBron, who was recently named as the Western Conference Player of the Week, produced another triple-double performance of 21 points, 14 boards and 11 assists.

Yet, the name of the game was the Lakers’ interior defense. With Davis leading the way on that end of the floor, the team compiled 20 total blocks, becoming the first team since 2001 to achieve such feat. Starting center JaVale McGee swatted 6 shots, and Dwight Howard came off the bench to tally 5 rejections.

LeBron praised his frontcourt teammates for their conscious effort to protect the rim, as per Broderick Turner of the Los Angeles Times.

Derrick Rose amassed a game-high 28 points and 5 assists for the Pistons. Andre Drummond came up with another double-double stat line of 12 points, 18 rebounds and 4 blocks, while ex-Laker Svi Mykhailiuk came off the bench to chip in 14 markers and 3 steals against his former team.

The Pistons played without injured star Blake Griffin, who is already contemplating a season-ending surgery. They will end their current road trip when they travel to Cleveland to face Kevin Love and the Cavaliers on Tuesday.