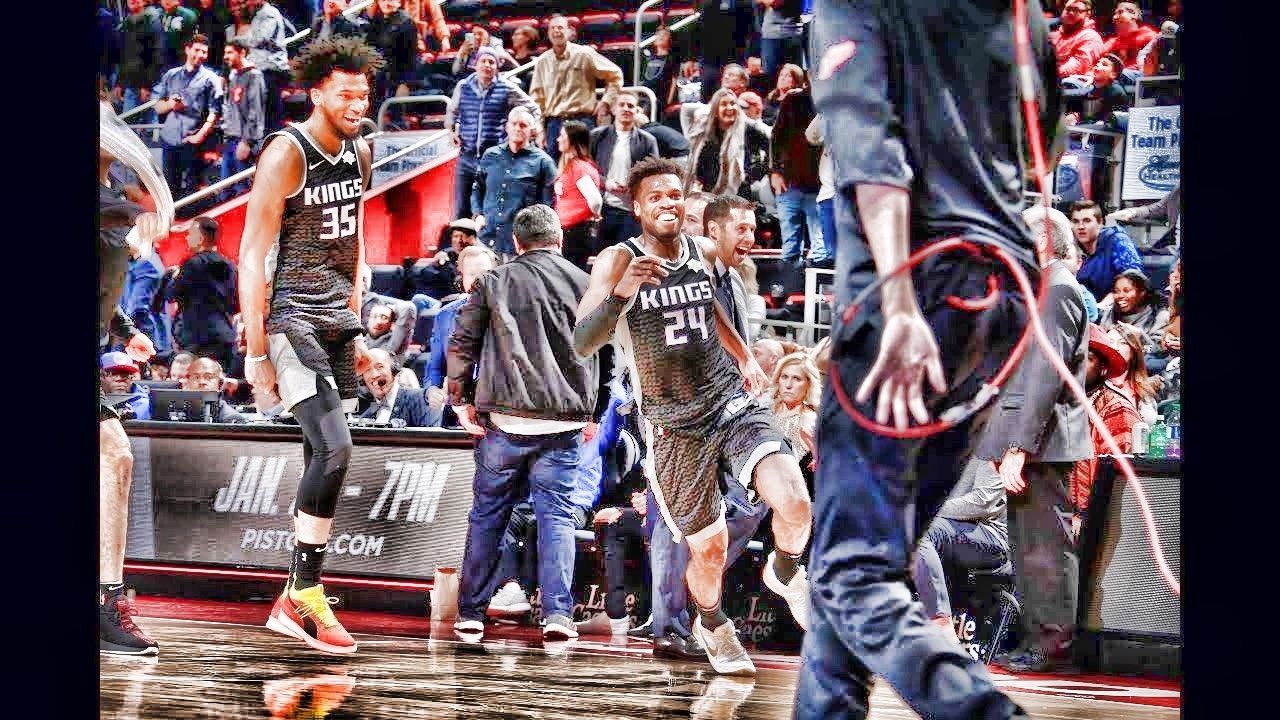 In one of the most exciting games of the season, the ending couldn’t be much more dramatic as Paul George hit a three-pointer off a foul to lift the Oklahoma City Thunder to a 117-115 win over the Philadelphia 76ers. With the game tied at 113 apiece, Jimmy Butler stole a Dennis Schroder pass, went coast-to-coast for the easy lay-up and a two-point lead for the Sixers with only seconds left in the clock. But George would hit a four-point play off an inbound play, as the Sixers failed to score again on the other end. George finished the game with 31 points, 6 boards and 5 assists. Russell Westbrook had his usual all-around game of 21 markers, 10 rebounds and 6 assists, but fouled out at the latter part of the game.

Joel Embiid, who shared some rivalry animosity with Westbrook throughout the night, led the Sixers with 31 points and 8 rebounds. Ben Simmons flirted with a triple-double of 20 points, 15 boards and 9 dishes, but committed 6 turnovers.

Buddy Hield and the Sacramento Kings carved out an impressive comeback rally as they escape the Detroit Pistons, 103-101. With only 03.4 seconds remaining in regulation, Hield received the ball off an inbound, and hit a difficult one-legged three to beat the buzzer and steal the game from the Pistons. Hield finished the game with 35 points and 9 rebounds, while shooting an efficient 7-out-of-9 shots from beyond the arc.

Blake Griffin led the Pistons with 38 points and 6 rebounds, while sophomore shooting guard Luke Kennard came off the bench to chip in 19 points. The Pistons, who played without the services of All-Star center Andre Drummond, fall to a 20-26 record.

James Harden and the Houston Rockets had to fight off a relentless young Los Angeles Lakers team to win at home, 138-134. It looked like the Lakers already had the game under control with a six-point lead in just under 40 seconds remaining in the final quarter. But Harden and Eric Gordon would hit two consecutive three-pointers that forced overtime after a Kentavious Caldwell-Pope heave from almost half-court missed. The overtime period saw both teams alternating successful makes on offense, but it was the Rockets who prevailed with important free throws to stave off the Lakers.

Harden finished the game with an impressive stat line of 48 points, 8 rebounds and 6 assists, while Gordon came out firing with 30 points and 5 boards. Kyle Kuzma topscored for the Lakers with 32 markers and 8 boards. Lakers small forward Brandon Ingram was quiet throughout the loss but came out clutch in the overtime, firing 10 of his 21 points in the extension.

The undermanned Lakers suffered another setback as point guard Lonzo Ball sustained an ankle injury that will sideline him for 4-6 weeks. Ball had 8 points and 11 assists before he went down with the injury.