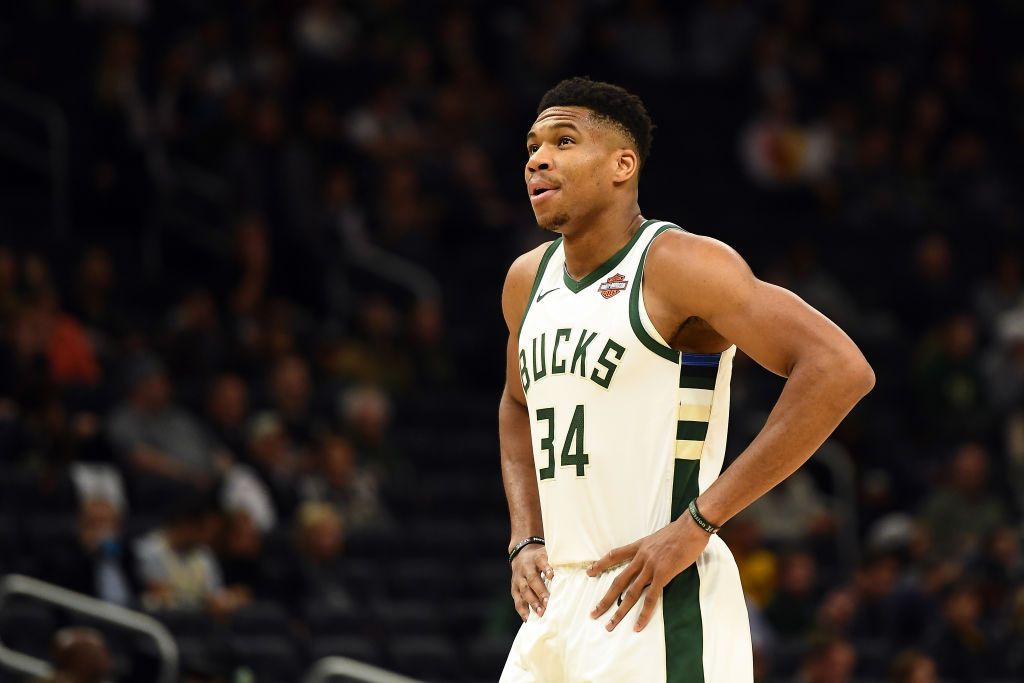 The Milwaukee Bucks used a solid start partnered with a strong finishing kick to put away the visiting Toronto Raptors, 115-105. Giannis Antetokounmpo came up with another dominant performance as he finished with 36 points, 15 rebounds, 8 assists and 4 blocks. The reigning MVP also received plenty of help from the team’s starters. Eric Bledsoe had a near double-double outing of 14 points and 9 boards, while All-Star forward Khris Middleton and center Brook Lopez chipped in 11 markers apiece.

The Bucks raced to a 19-point lead after the opening period, but the Raptors came in motivated after the halftime break. Milwaukee’s lead was cut to five entering the fourth quarter, although the Bucks were able to do enough to hold off Toronto in regulation. Antetokounmpo says that there was extra juice in defeating the Raptors especially after that Eastern Conference Finals loss last season, per Jack Maloney of CBS Sports.

"Oh yeah, definitely. I had a lot of motivation. Obviously a different team, Kawhi [Leonard] isn't on the team, but other guys have stepped up. Kyle Lowry -- man, 14 years in the league -- he's still playing amazing. [Pascal] Siakam steps up a lot for this team, [OG] Anunoby, all those guys. But yeah, the team that cost us the trip to the NBA FInals, obviously you gonna come out and play a little bit harder, gonna have a little extra juice in you, and I think that's what the team did tonight. When I woke up from my nap, that's what I was thinking."

Milwaukee’s second unit also came up big in the victory. Although none of them scored in double digits, they combined for a total of 41 points. Sterling Brown led them with 9 points built on three makes from deep, while sophomore guard Donte DiVincenzo turned in 8 points and 4 rebounds.

The Raptors will bounce back from this road loss when they face De’Aaron Fox and the Sacramento Kings on Wednesday. The Bucks, who are now sporting a 4-2 win-loss card, will visit Minnesota to go up against Andrew Wiggins and the Timberwolves on Monday.

Despite missing the services of the suspended Joel Embiid, the Philadelphia 76ers still found ways to hack out a thrilling 129-128 victory against the Portland Trail Blazers. Furkan Korkmaz, who came off the bench to contribute 11 markers, launched a corner three-pointer off a baseline play to give the Sixers the one-point lead and the win. Newly-acquired veteran star Al Horford showed his versatility by logging in 25 points, 7 assists and 3 blocks, while Tobias Harris netted 23 points and 7 rebounds. Ben Simmons almost hit a triple-double stat line of 18 points, 11 boards and 8 assists.

The Sixers faced a 10-point deficit entering the payoff period, but stayed within striking distance and within the flow of their offense. Philly was able to move the ball well in the win as they racked up a whopping total of 36 assists, while only turning the ball over 11 times. They also forced the Blazers to commit 18 turnovers, while holding scoring dynamite CJ McCollum to just 16 markers.

Hood pointed out to turnovers and the absence of their big men as the factors that cost them the win, per Jamie Goldberg of The Oregonian.

“Offensively, I think this was one of our better games -- just pushing the pace, finding shooters, moving the ball. We turned it over, but for the most part, we played well. Defensively, it was tough not having bigs down there, they really got into the paint and did what they really wanted to do. It was tough for us, but we put up a fight.”

The Blazers were incredibly thin on the frontcourt as they missed the services of Zach Collins and Hassan Whiteside. Jusuf Nurkic and Pau Gasol are yet to appear on the court as they are still recovering from major injuries. It’s still unclear if Collins or Whiteside will miss more games, but the Blazers are set to visit the Golden State Warriors on Monday. On the other hand, the Sixers will go up against Devin Booker and the impressive Phoenix Suns in their next assignment.

The Denver Nuggets brushed off their two-game slide as they rallied past the Orlando Magic to take a much-needed 91-87 victory. Jamal Murray topscored for the Nuggets with 22 points and an efficient 7-15 shooting from the field. Nikola Jokic, who poured in 16 points in the second half, totalled 20 points, 7 rebounds and 4 assists. It was a low-scoring game that saw Denver putting up a measly 17-point showing in the opening quarter. But Jokic came alive at the right time, dominating the Magic in the second half.

Nuggets head coach Mike Malone says that he challenged his young star big man to be more aggressive with his shots, per Mike Singer of The Denver Post.

All-Star center Nikola Vucevic led the charge for the Magic with a game-high 24 points, while Aaron Gordon had a near double-double outing of 21 points and 9 rebounds. The Magic will try to improve their 2-4 record when they visit Chris Paul and the Oklahoma City Thunder on Tuesday. On the flipside, Jokic and the Nuggets will try to get a winning streak going when they go back home to face Jimmy Butler and the red-hot Miami Heat squad on Tuesday.