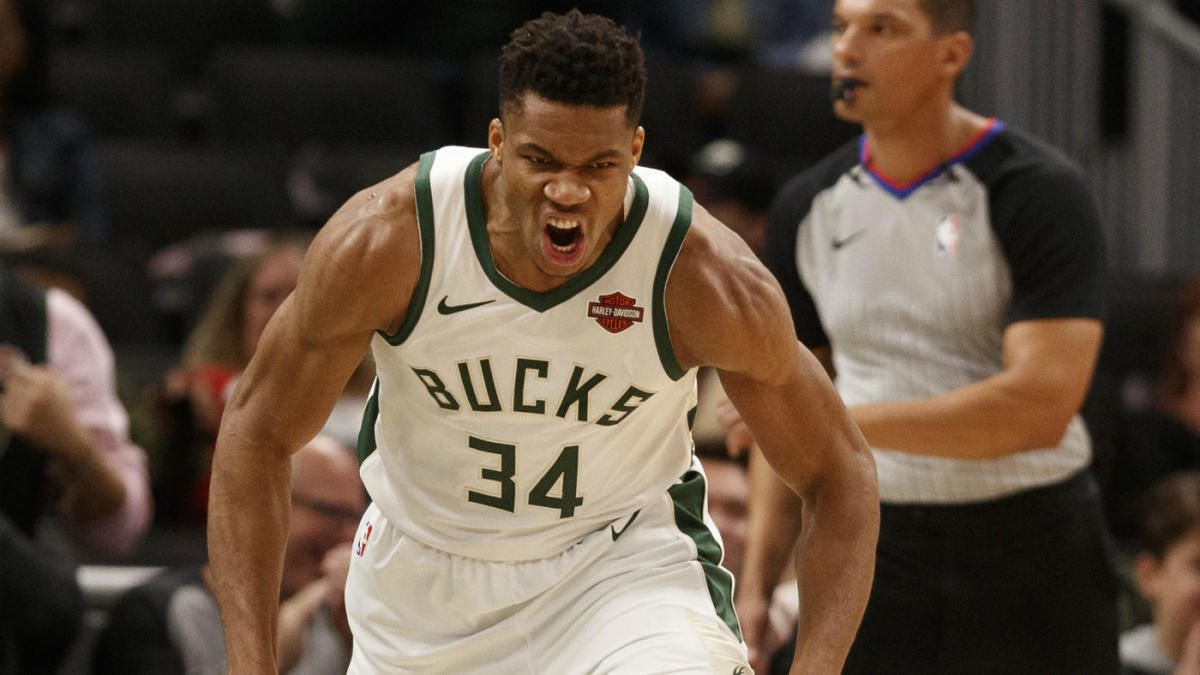 Giannis Antetokounmpo is solidifying his case for another MVP trophy as he led the Milwaukee Bucks to an important 112-118 victory over Donovan Mitchell and the Utah Jazz. The reigning NBA MVP exploded for 50 points, on top of 14 rebounds, 6 assists and 2 steals. Antetokounmpo feasted on the free throw line as he made 13 of his 19 trips to the charity stripe. He also showed his much-improved three-point stroke, making three treys in the win. Veteran sharpshooter Wesley Matthews had five makes from beyond the arc on his way to 19 markers, while Eric Bledsoe tallied 13 points and 5 assists.

It wasn’t a smooth ride for the Bucks all game long as they found themselves trailing by 9 points at the end of the first half. But Milwaukee turned on the switch in the third quarter, compiling 42 total points to have the tables turned. Brook Lopez, who struggled on offense after making just one of his nine attempts, made his presence known on the defensive end. He had 4 blocks in the game, including a game-saving rejection on the driving Mitchell for a chance to send the game to overtime.

Despite his individual brilliance, Antetokounmpo was more happy on how the team put on a collective effort in the absence of scorers Khris Middleton and George Hill, as per Matt Velasquez of the Milwaukee Journal Sentinel.

"All that matters is wins. We’re 14-3 right now, eight in a row. ... We can still extend this streak that we have. We’re playing good basketball, especially with Khris being out, George Hill being out it makes it even tougher. But the guys are playing hard, the guys are defending real well and we always find a way to be in the game and we always find a way to win. That’s what impressed me most."

Bojan Bogdanovic topscored for the Jazz with 24 points, while Donovan Mitchell tallied 20 markers in the loss. Utah’s second unit also produced solid contributions as all their four reserves scored in double-digits. Joe Ingles put up 15 points, 5 boards and 4 assists, and Georges Niang chipped in 13 points. The loss snapped Utah’s three-game winning streak, but will have the chance to bounce back when they travel to Indiana to face Malcolm Brogdon and the Pacers.

The Toronto Raptors put on a masterful defensive performance as they held off the Philadelphia 76ers, 101-96. Pascal Siakam continued his hot shooting streak as he produced a game-high 25 points, 7 rebounds, 3 assists and 2 blocks. Fred VanVleet reinforced Siakam with 24 points and 8 assists, while recently-acquired young forward Rondae Hollis-Jefferson came off the bench to amass a double-double night of 16 points and 10 boards.

Still, it was the Raptors’ activity on defense that spelled their success. After giving up 34 points to the Sixers in the opening period, the Raptors would limit them to 15 points in the second quarter and 16 in the payoff period. Not lost in the shuffle is Marc Gasol’s stellar defense on the Sixers superstar Joel Embiid. Embiid amazingly did not have a single point in the game, missed all of his 11 shots and even his three free throws.

Siakam, who made clutch plays one after the other, says that their goal prior to the game was to get physical with the Sixers, as per the Toronto Sun.

“Just being physical with them, not giving them easy shots, obviously making it tough for Embiid to catch it, or anything like that, and they made a lot of threes, so we made sure we got out on shooters, make them bounce it, so I think that’s what we did the end there to get the stops that we needed.”

Josh Richardson led Philly in scoring with 25 points, while Ben Simmons had a near triple-double stat line of 10 points, 9 rebounds and 14 assists. Tobias Harris contributed 18 points, and Mike Scott came off the bench to tally 12 markers. However, Embiid’s absence on the scoring column was too much for the Sixers to overcome. After the game, Embiid acknowledged the blame for the loss.

Philly fall to a 11-6 win-loss card and will host the Sacramento Kings on Wednesday.

Carmelo Anthony turned back the clock as he led the Portland Trail Blazers to a win against the Chicago Bulls, 117-94. Anthony led all scorers with 25 points, including four makes from beyond the arc. CJ McCollum chipped in 21 points, while Damian Lillard poured in a double-double outing of 13 points and 12 assists. It was a vintage performance for the 35-year old Anthony, who also notched his first win while donning the Blazers uniform.

Lillard expressed his joy in seeing his veteran All-Star teammate putting on a stellar shooting display, per Eric Woodyard of the ESPN.

"Three to the head. He had it rolling. Our whole bench, we was just excited to get it going. Him being here has been fun, and we all welcome seeing his bounce-back happen and it's going to be fun to watch."

The loss also snapped the Blazers’ four-game losing skid. They will have the opportunity to get a mini-winning streak going when they go back home to host Chris Paul and the Oklahoma City Thunder.