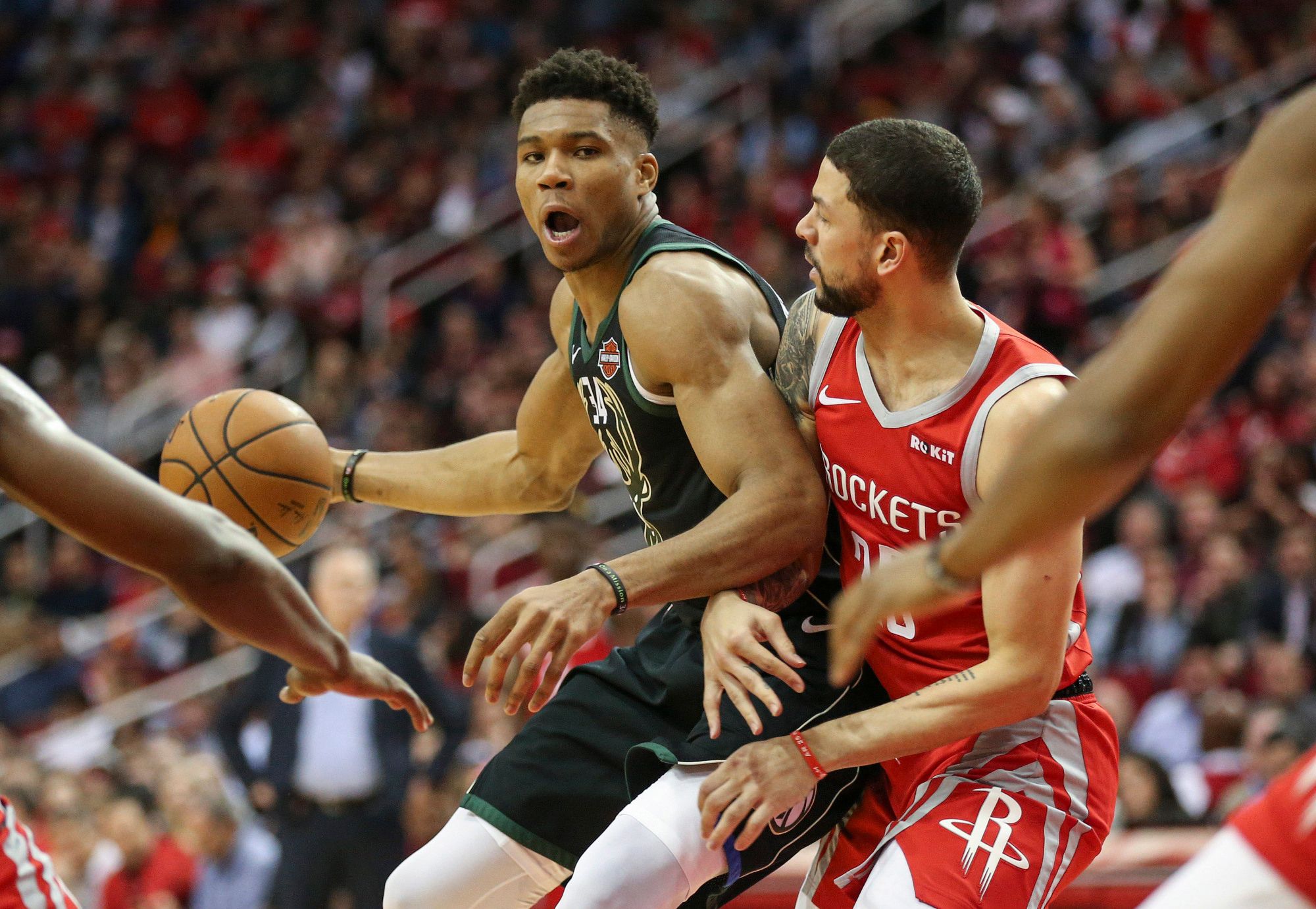 The East-leading Milwaukee Bucks had to pull every trick in the bag as they earned a much-needed road win against the Houston Rockets, 116-109. In a game hyped up by the matchup between the league’s current MVP award frontrunners, Giannis Antetokounmpo shone once again with a dominant double-double night of 27 points, 21 rebounds and 5 assists. The Greek Freak’s incredible night was punctuated by a clutch follow-up to a Khris Middleton miss to put the Bucks up by six points with only seconds remaining on the clock.

James Harden continued his stellar scoring run with 42 points, 11 rebounds and 6 assists. However, he missed very makeable shots in the crucial stages of the game and his 9 turnovers proved to be costly for the Rockets.

Kyle Kuzma led a balanced team offense as the LeBron-less Los Angeles Lakers beat the Detroit Pistons, 113-100. After a back-and-forth first half between the two teams, the Lakers finally found some momentum going as Kuzma heat up in the third quarter with 22 points. Led by point guard Lonzo Ball who had a game-high 11 assists, the Lakers showed some chemistry and teamwork even without key playmakers, LeBron James and Rajon Rondo.

Blake Griffin had 16 points and 6 assists for the Pistons, while Andre Drummond had only 6 points but grabbed 17 rebounds. Detroit has now lost three games straight, and has fallen down to the 9th spot in the East.

Beal stars in Wizards’ upset victory over the visiting Sixers

Just a mere hours from suffering an embarrassing loss in Philadelphia, the Washington Wizards get one back from the 76ers as they win, 123-106. Bradley Beal had another brilliant and efficient night as he put up 34 points and 5 assists, making six of his eleven shots from beyond the arc. Wizards small forward Otto Porter Jr also impressed with 23 points, 6 rebounds and 3 steals off the bench. With the win, the Wizards have improved their record to 17-25, just three full games behind the 8th-ranked Charlotte Hornets.

Joel Embiid had another double-double of 35 points and 14 rebounds, while Jimmy Butler chipped in 23 points and 9 boards. Sophomore Ben Simmons flirted with a triple-double with 15 points, 10 rebounds and 8 assists. However, he and Embiid combined for 14 of the Sixers’ 26 turnovers in the game.

Cleveland Cavaliers were defeated by the New Orleans Pelicans, 123-140