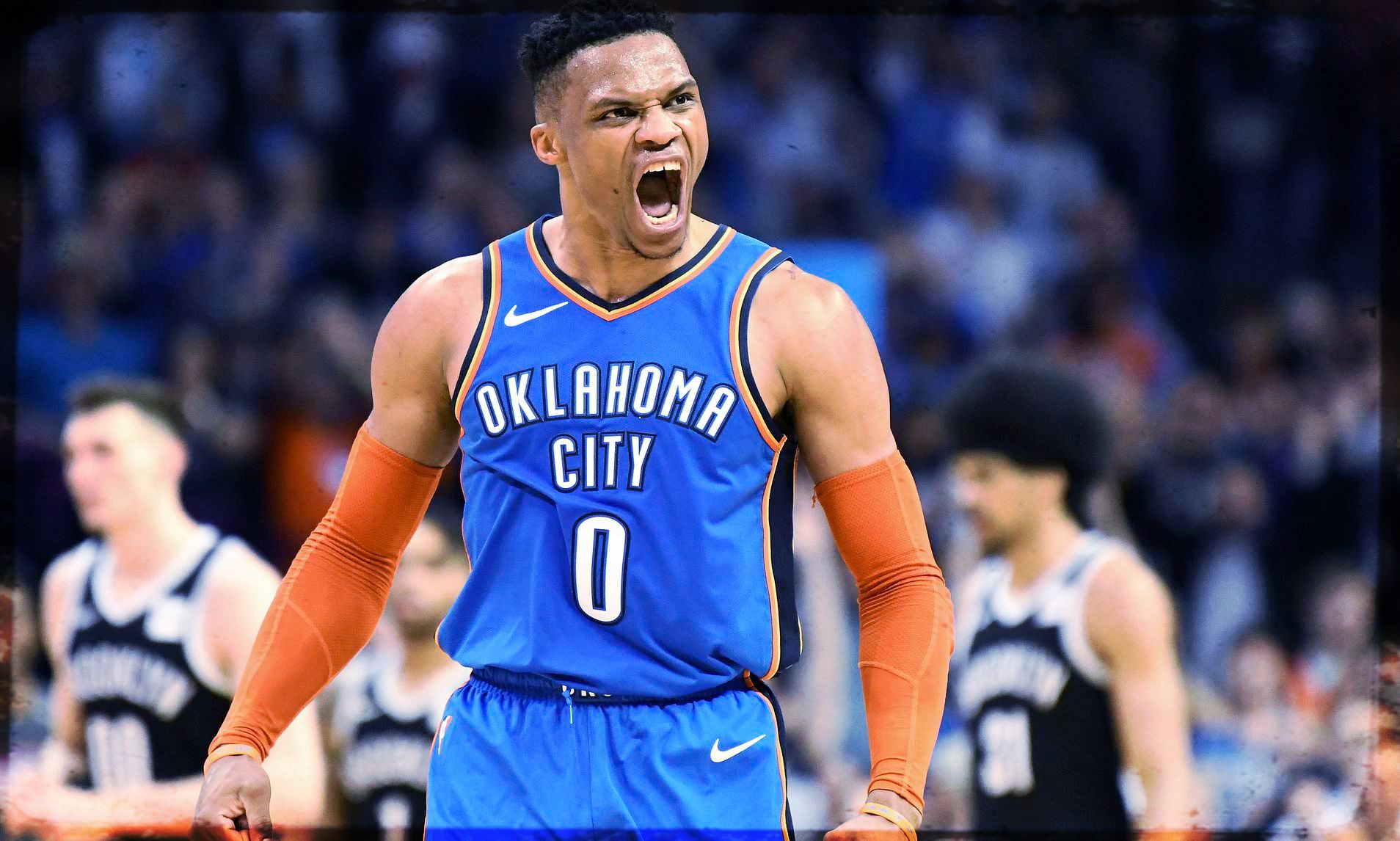 All-Stars Russell Westbrook and Paul George combined for 56 points as the Oklahoma City Thunder rolled past the Brooklyn Nets, 108-96. Westbrook displayed another versatile performance as he completed a triple-double of 31 points, 12 rebounds, 11 assists and 3 steals. George had his usual excellent scoring night, finishing with 25 points, 9 boards, 2 steals and 2 blocks. Entering the second half trailing by ten points, the Thunder would put on a masterful defensive performance as they held the Nets to just 18 total markers in the final quarter as they ran away with their 42nd victory of the season. The Thunder is now sporting a 42-27 record, tied with the Portland Trail Blazers for the 4th seed in the Western Conference.

Despite the loss, back-up point guard Spencer Dinwiddie was a positive spot for the losing team as he put up 25 points and 5 rebounds for the Nets. It is arguably Dinwiddie’s best scoring night after coming back from an injury. Brooklyn still maintains their place in the 6th spot of the East after soundly beating the Detroit Pistons in their previous assignment.

Wizards rally in the 4thto steal one from the Magic

The Washington Wizards made clutch baskets one after the other as they put away the visiting Orlando Magic, 100-90. All-Star shooting guard Bradley Beal was steady all game long, putting up 23 points, 7 assists, 6 rebounds and 2 steals, against only one turnover. But Beal also had plenty of help from the second unit as center Thomas Bryant came through with a double-double of 21 points and 10 boards, while scoring forward Jabari Parker chipped in 19 markers and 9 rebounds. It was a close game entering the final period until Parker hit six straight points, capped off by a spin move to the hoop to put the Wizards up by 91-82 mid-way through the quarter. The Magic fought to trim the deficit to four, but Bryant’s four unanswered points down the stretch ultimately iced the win for Washington.

All-Star big man Nikola Vucevic led the Magic with 20 points and 14 boards, while veteran point guard D.J. Augustin tallied 16 markers with 7 assists. The loss drops Orlando to a 32-38 record as they now find themselves 1.5 games behind the Miami Heat for the last playoff spot in the East.

There’s no doubt that the Miami Heat were in full playoff mode as they blasted the Detroit Pistons right out the gates with a commanding 108-74 victory. Young budding star Justise Winslow topscored for Miami with 16 points, 5 rebounds and 2 steals, while fellow young gun Josh Richardson tallied 13 points, 8 boards, 5 assists and 2 interceptions. Up by five after the first half, the Heat broke away in the third quarter as they clamped down on defense and held the Pistons to just 8 points in the period. None of the Heat players eclipsed the 20-point mark but seven players recorded double-digit points, with Kelly Olynyk contributing 9 points and Derrick Jones Jr. with 8 markers.

Blake Griffin had 13 points, 4 rebounds and 3 assists for Detroit, but frontcourt partner Andre Drummond only had 5 points and committed 5 turnovers in the loss. It was the second embarrassing loss for the Pistons after being soundly beaten by the Brooklyn Nets in their last game.

Playing without the injured Kevin Durant, DeMarcus Cousins’ best game of the season couldn’t come any much better as the Golden State Warriors escaped with a nail-biting 106-104 win over James Harden and the Houston Rockets. Cousins came through with a brilliant all-around performance of 27 points, 8 rebounds, 7 assists and 2 steals. Klay Thompson topscored with a game-high 30 points and 6 rebounds, while Stephen Curry contributed 24 markers and 5 assists. Down by thirteen off a Cousins mid-range jumper, the Rockets would mount a 14-2 run to get them in a position to steal the game. Rockets point guard Chris Paul converted on an and-one opportunity to cut the deficit to one point with only seconds remaining on the clock. But the Warriors played the numbers game, fouling Harden to put the superstar to the free throw line with Houston trailing by three. The Beard made his first shot, missed the second but the Rockets failed to secure the rebound.

Harden led the charge for the Rockets with 29 points and 10 assists, while Paul also had an excellent outing of 24 points and 6 boards. The loss drops Houston to a 42-26 win-loss card, still good enough for the 3rd seed in the conference.