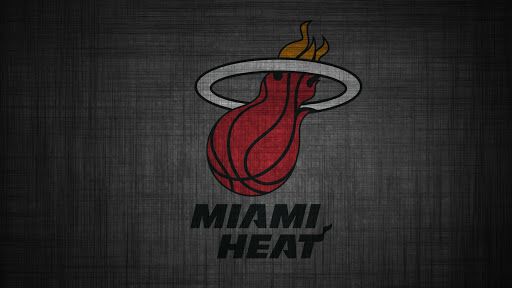 The Miami Heat managed to end their frustrating road trip in a positive tone as they cruised past the Golden State Warriors for a morale-boosting 113-101 victory. Two-way star Jimmy Butler led the charge for the Heat with an all-around performance of 21 points, 10 rebounds, 5 assists and 4 steals, while newly-acquired 3-and-D swingman Jae Crowder continues to impress as he fired four treys to tally 21 markers, 8 boards and 3 interceptions. First-time All-Star big man Bam Adebayo pulled in a double-double stat line of 13 points and 11 rebounds, while also netting 7 assists and 2 steals. Duncan Robinson, the team’s representative in this year’s 3-point shootout contest, produced 17 points on an impressive five hits from beyond the arc.

Coming off a three-game losing streak during their current road trip, the Heat displayed a needed sense of urgency in the first half. They put up a gallant stand on the defensive end, and broke the game right open in the second quarter when they built a 19-point lead by halftime. Along with their tremendous effort on the defensive end, the Heat also showed a very fluid ball movement on offense. They compiled an eye-popping total of 36 assists as a team, and shot a very good 49% clip from the field.

It is also no coincidence that they ended their losing streak in Butler’s return to the court after sitting out their last assignment due to a minor injury. Heat head coach Erik Spoelstra emphasized how important Butler’s versatility is to their system, as per Ira Winderman of South Florida Sun Sentinel.

“We look like a totally different team when our max player is out there. It makes us look a little bit smoother and a little more settled with our offense. The ball gets to the right places and he finds a way to get to the free-throw line. All these things are necessary when you want to win on the road.”

This game also marked the return of Andre Iguodala to the Bay Area. The 36-year old veteran defensive ace spent the last six years playing for the Warriors and winning three championships with them. With the Dubs trying to clear out cap space last summer, the team shipped him to the Memphis Grizzlies, where he never played a single minute this season. Right from Day 1 since being traded to the Grizzlies, both Iguodala and the Memphis front office already agreed that the vet will not play for them and a trade will be manufactured. That long-awaited trade came before the February trade deadline when Iggy was shipped to South Beach. The former Finals MVP played 16 minutes tonight, tallying 2 points, 5 boards and 2 dimes.

Warriors head coach Steve Kerr, who has established a close relationship with Iguodala, was happy that the team got a chance to honor the vet’s contributions to the franchise through a heartfelt tribute video.

"It was strange to see him in another uniform, but I was really happy to see him out  on the court. I think he landed in a great spot. I'm happy for him.

I’m happy, for selfish reasons, that the timing worked out and we got to see him   [Monday] night and honor him.”

Young shooting guard Damion Lee topscored for the Warriors with 26 markers on an outstanding 5-7 clip from three-point territory, while the athletic big man Marquese Chriss produced 17 points, 9 rebounds and 2 steals in the loss. Recently-acquired swingman Andrew Wiggins chipped in 18 points and 4 assists, and rookie guard Jordan Poole came off the bench to net 12 markers and grab 6 boards.

The Warriors will have one day to rest and regroup before they travel to Phoenix to go up against Devin Booker and the Suns on Wednesday.

Behind another efficient execution on their offensive sets, the Toronto Raptors extended their winning streak to 15 games as they roll past the Minnesota Timberwolves, 137-126. All-Star forward Pascal Siakam led the Raps in the scoring column with a game-high 34 markers, to go along with his 6 rebounds, 5 assists and 2 steals. Team captain Kyle Lowry almost notched a triple-double as he finished with 27 points, 7 boards and 11 dimes. Young defensive forward OG Anunoby also displayed his underrated skill set on the offensive end. Anunoby made three of his four three-point attempts, and netted 25 points, 12 rebounds and 3 interceptions in the win.

Trailing the Wolves at the end of the first half, the Raptors finally broke through with another excellent third quarter performance. They limited Minnesota to just 19 total points in that period as the Raps established a 12-point lead entering the final frame. It was again a solid outing for the team’s five starters as all of them scored in double digits. Furthermore, Toronto was very efficient on their offense as they eclipsed the 50% mark on their overall field goal and three-point attempts.

It was another excellent display of character for the short-handed defending champs. Key cogs Marc Gasol and Norman Powell are still out with injuries. Serge Ibaka, who has recently been on fire with his hot shooting percentages, sat out the game due to an undisclosed illness. Still, the depleted Raptors squad managed to pull through and come up with their 15thconsecutive victory.

Second-year head coach Nick Nurse says that he is indeed very proud of how his players have been stepping up as the injury bug continues to bite on the team, as per SportsNet’s Michael Grange.

“I think we can win, right? I think these guys have proven enough that they can win.

We’ve had a lot of injuries this year, but they just keep stepping up and playing and   we’ve just gotten used to it. You at least have to go out and give a great effort, give yourself a chance to win, and don’t let them play harder than you. If you think you’re under-talented or undersized or whatever, then you’ve got to take your energy and toughness up a notch and I think we’ve done that most nights.”

On the other side of the coin, the Wolves finally got their first look of their newly-acquired star. They beat the trade deadline with a blockbuster move to acquire scoring point guard D’Angelo Russell from the Warriors, a young All-Star who has very close ties with the team’s superstar big man Karl-Anthony Towns. Russell fired four three-pointers in his debut game for the Timberwolves, netting 22 points and 5 assists in 31 minutes of play. Towns topscored for the team with 23 points, while also tallying 10 boards and 7 assists. Rookie swingman Jarrett Culver, stretch power forward Juancho Hernangomez and sweet-shooting gunner Malik Beasley put up 15 markers apiece in the loss.

Despite the loss, there is plenty of positivity for Minnesota moving forward. Russell was very efficient with his shooting, although he incurred a team-high 6 turnovers. That is understandable, given that it his first game for his new team. Wolves head coach Ryan Saunders does not give much care on Russell’s turnovers, pointing out that the lefty star guard is basically playing without much knowledge of the team’s offensive sets, as per Chris Hine of the Star Tribune.

“He doesn’t know hardly any of the offense right now. He was playing off instinct, off feel, a few basic things we put in for him and for this group. But for him not necessarily knowing what we want out of each action, I thought he did a nice job.

D-Lo and the retooled Timberwolves will try to bounce back from this loss as they go back home to host the Charlotte Hornets on Wednesday.