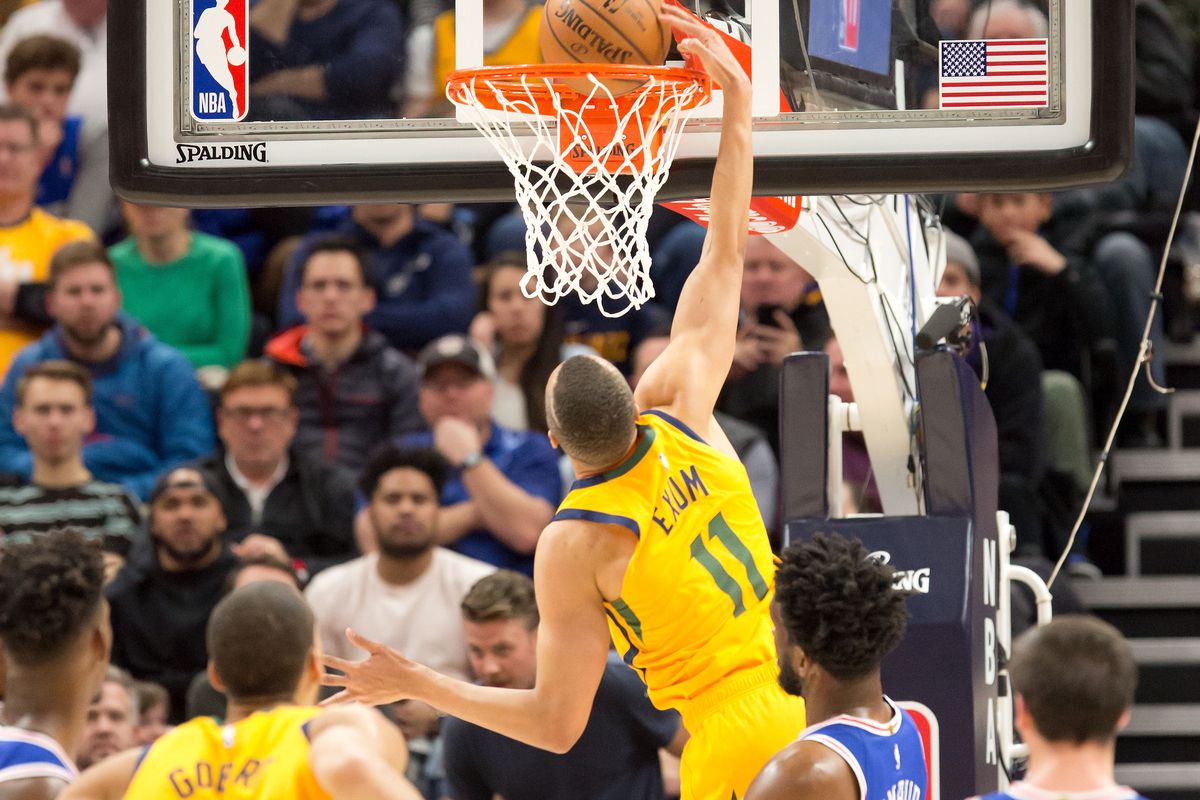 Defense pushes Sixers to 15thwin of the season

The Philadelphia 76ers stay unbeaten at their home turf as they turned back the visiting Utah Jazz, 103-94. Tobias Harris topscored for the Sixers with 26 points and 9 rebounds, and superstar center Joel Embiid pulled in a double-double outing of 16 points, 11 boards and 4 assists. Point forward Ben Simmons did a bit of everything as he tallied 14 points, 8 rebounds, 9 assists and 4 steals as the Sixers earn their 15th victory of the young season.

The Sixers, who are now sporting a 15-6 record, were active on defense throughout the game. They amassed 12 steals as a team and forced the Jazz to commit 19 total turnovers. Philly also closed out well on the perimeter as they limited Utah to just five treys and a measly 22% clip from beyond the arc. They were able to answer every run that the Jazz attempted to make, and Harris credits their activity on defense for their success, per Kevin F. Love of the SB Nation’s Liberty Ballers.

“Honestly, it was our defense that was really the catalyst for that. It was our defense and getting out and getting stops. And offensively, in the first half we just—we were able to make a lot of good looks. I thought Matisse came out there and played with a lot of great energy, made some really good shots. So overall, I thought we had different guys come in a step up and make plays and it just was a good game for us.”

Meanwhile, Utah has now lost two consecutive games after an embarrassing performance in their previous game against the Toronto Raptors. Rudy Gobert arguably had his most productive game of the year, netting 27 points, 12 rebounds and 3 blocks in the loss. Donovan Mitchell chipped in 18 points and 3 steals, while Joe Ingles came off the bench to contribute an all-around stat line of 13 points, 8 boards and 8 assists.

When asked about his thoughts on this two-game road trip slump, Gobert emphasized that they have to exert more effort on the defensive end.

“What I take away is that we need to play defense. We need to play defense in order to be good. We are a defensive-minded team and if we don’t take care of defense, then we are just going to trade buckets. We have to be a defensive-minded team and I think we were tonight, but not for the entire game. It has to be from start to finish. There needs to be more emphasis on defense.”

However, the road doesn’t get easier for the 12-9 Jazz squad. They only have one day to rest before they host a big game against LeBron James and the Los Angeles Lakers on Wednesday.

It was a game of runs for both teams but the Phoenix Suns emerged triumphant as they defeated the Charlotte Hornets, 109-104. Devin Booker and Kelly Oubre Jr led the Suns with 23 points apiece, while stretch forward Dario Saric came up with a double-double performance of 16 points and 10 rebounds. Starting point guard Ricky Rubio only had 9 markers in the win, but piled up 13 assists and 4 steals.

It was a great character win for the young Suns squad. They found themselves trailing the Hornets by five points in the waning minutes of regulation, but closed out the game with an incredible 12-0 run. Oubre proved to be the hero for the Suns, forcing a crucial turnover and hitting two clutch treys to get his team back in the lead. The Suns actually blew a 20-point lead entering the second half, but head coach Monty Williams praised his team’s resiliency in the end, as per Duane Rankin of the Arizona Republic.

"That's what it was. We talked about poise and that's what the showed tonight.   (Assistant coach Willie Green) has been talking about it because he's been in so many   situations at Golden State. You're never out if with a few minutes to go, whatever the case is, you got to play it out. Kelly steps up and hits two big 3s. The free-throw rebound (by Kaminsky) was huge. I think that was a five-point swing. Obviously as a coach, I'm not thrilled with what happened in third quarter. We scored 21 points. We just lost our way again. So for our guys, tonight is definitely a blueprint of what not to do in the third quarter, but I'm thrilled about how we started this trip off.”

For the Hornets, it was a game of mixed positives and negatives. They showed that they have what it takes to come back from a double-digit deficit, but they also learned important lessons on protecting a precarious lead especially in the game’s dying seconds. Veteran forward Marvin Williams topscored for Charlotte with 22 markers, while young budding point guard Devonte’ Graham put up a double-double night of 15 points and 13 assists.

It’s a disappointing start for the Hornets’ five-game home stand, but they will have an opportunity to bounce back when they face the depleted Golden State Warriors on Wednesday.

The Milwaukee Bucks raced to a hot start in the opening period as they immediately set the tone on their way to a cruising 132-88 beatdown of the helpless New York Knicks. Reigning MVP Giannis Antetokounmpo came up with a massive outing of 29 points and 15 rebounds. He also showed the league that he can hit his three-pointers at an efficient rate as he made three of his four attempts from beyond the arc. D.J. Wilson came off the bench to contribute 19 points, and All-Star swingman Khris Middleton chipped in 16 points and 7 boards.

But the league-leading Bucks aren’t bent on resting on their laurels. This victory extended their winning streak to 12 games, yet Giannis was quick to remind his teammates not to be satisfied with this feat, per Eric Woodyard of the ESPN.

Julius Randle had 19 points in the loss, while Damyean Dotson chipped in 15 markers off the bench. The Knicks absorbed their seventh loss in a row, dropping them to an embarrassing 4-17 record. New York will have two days to get ready for their Thursday match-up against Nikola Jokic and the Denver Nuggets.