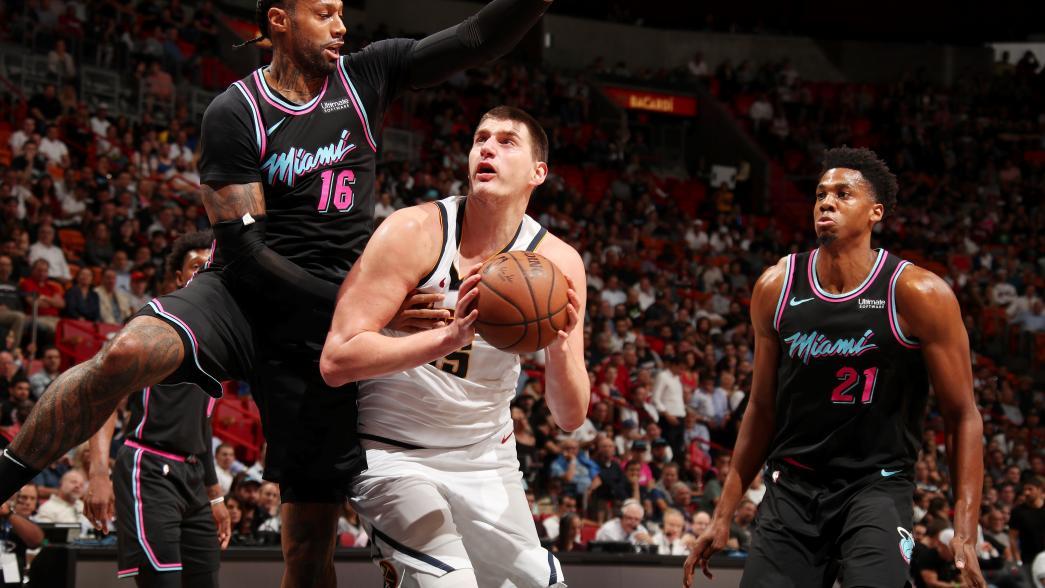 Nikola Jokic hit an almost-impossible game-winner as the West-leading Denver Nuggets escapes a close call against the Miami Heat, 103-99. It was again a triple-double night for Jokic as the versatile center finished the game with 29 points, 11 rebounds and 10 assists. With the game tied at 99 apiece, Nuggets head coach Mike Malone drew up an old-fashioned pick-and-roll play for point guard Jamal Murray and Jokic, resulting to the made floater with two seconds left on the clock.

Dion Waiters, who had just a couple of games in his belt after being sidelined by an injury before the season started, topscored for the Heat with 15 points and 4 assists. The Nuggets improve their record to 27-12 while the Heat went below .500 again with a 19-20 card.

Kawhi and the Raps hold off gallant Hawks’ stand

Superstar small forward Kawhi Leonard impressed with another all-around game as the Toronto Raptors avoided an upset axe by the Atlanta Hawks to win, 104-101. Kawhi scored 31 points on top of 6 assists, 4 rebounds and 6 steals. All-Star point guard Kyle Lowry chipped in 16 points, 6 assists and 4 steals to help the Raptors secure their 31st win of the season.

Hawks sophomore forward John Collins led the visiting team with 21 points and 14 rebounds while Jeremy Lin contributed 20 points and 9 assists. Vince Carter, who had 6 points for Atlanta, was welcomed by Toronto fans with a standing ovation.

Wiggins pumps in 40 as Wolves defeat the Thunder

Andrew Wiggins continued his hot-shooting streak as the Minnesota Timberwolves showed excellent character in carving out a 119-117 win over the Oklahoma City Thunder. Wiggins came out firing with 40 points, 10 rebounds and 4 assists, while Karl Anthony-Towns contributed 20 points and 9 rebounds. It was the Wolves’ first game and first win under new interim head coach Ryan Saunders, who took the lead coaching role after the team fired then head coach and president of basketball operations, Tim Thibodeau.

Paul George topscored for the Thunder with 27 points and 9 rebounds, while Russell Westbrook had 25 points and 16 assists. The Thunder have now lost two straight games and fell to a 25-15 record.

Klay heats up as the Warriors dominate the Knicks

Known as an excellent third-quarter team, the Golden State Warriors broke away in the second half to beat the visiting New York Knicks, 122-95. Klay Thompson poured in an efficient 43 points on seven three-pointers, while Kevin Durant had a complete game of 24 points, 6 rebounds, 6 assists and 2 blocks. It looked like the Knicks were about to push the defending champions to the wall in the first half, but the Warriors would carry a late-2nd quarter momentum to a dominant third quarter.

Mario Hezonja led the Knicks with 19 points and 6 rebounds, and Enes Kanter had 12 points and 16 boards.