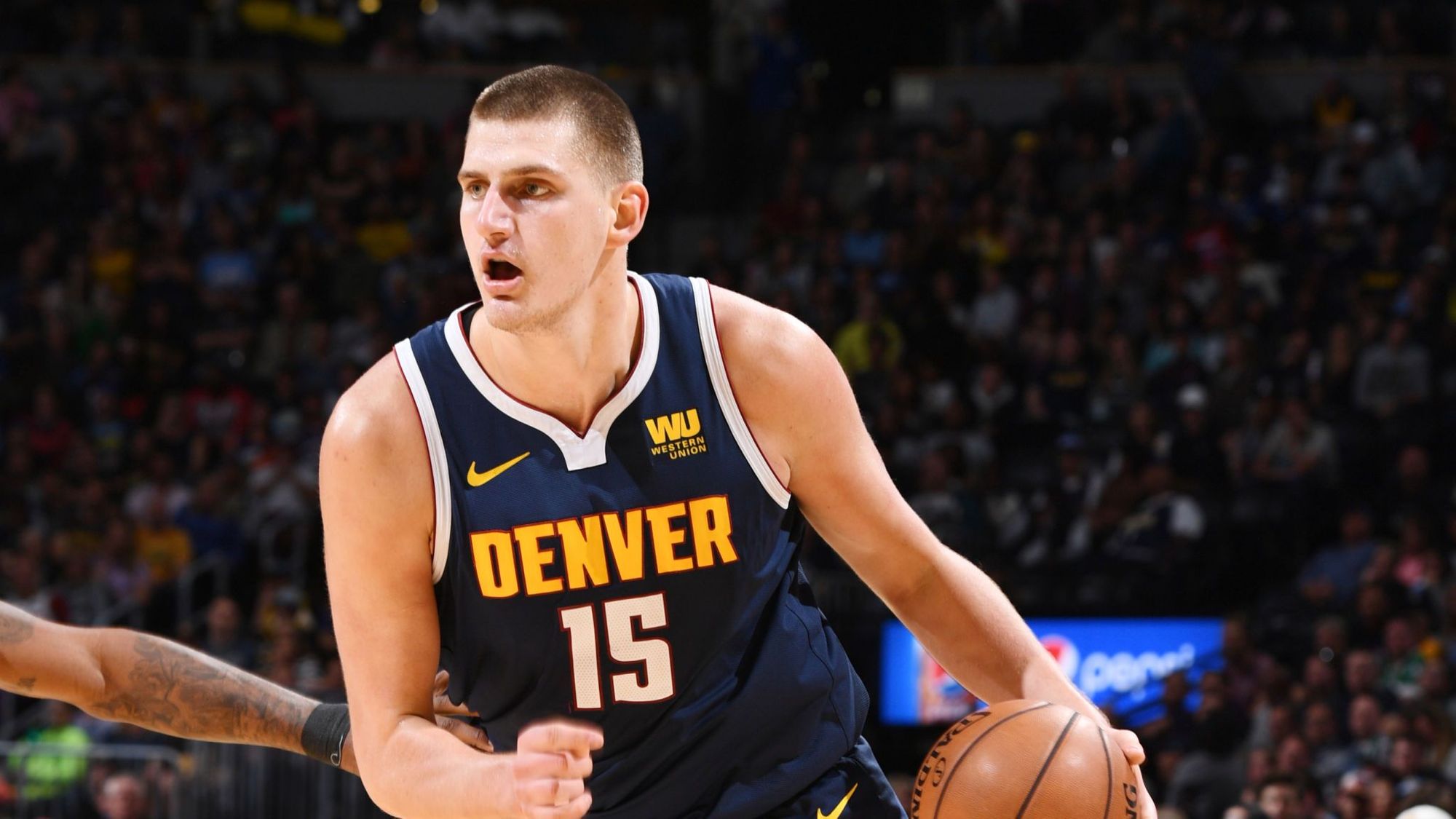 Nuggets rely on superstar’s career night to put away Hawks

Behind the dominance of their star big man, the Denver Nuggets bounced back from a previous loss to defeat the Atlanta Hawks, 123-115. Nikola Jokic starred in the win as he finished with a career-high 47 markers, including a solid 4-8 clip from three-point territory. The all-around center also pulled down 8 rebounds and dished off 5 assists as the Nuggets atoned for their recent disappointing double-digit loss at the hands of the Washington Wizards. Veteran swingman Will Barton, who just celebrated his birthday, came through with another all-around production of 28 points, 9 boards and 5 dimes. Jamal Murray chipped in 16 points and 8 assists, while back-up point guard Monte Morris came off the bench to contribute 14 markers.

Trailing the Hawks after the opening quarter, the Nuggets would put up a strong showing in the second period. They grabbed an eight-point lead after the first half, providing themselves with enough cushion to hold off any Hawks’ attempt for a comeback in the second half. The spotlight shone on Jokic, who deviated from his usual unselfish play to become the focal point of the Nuggets’ scoring in this game. Barton credited Jokic’s dominance, citing that his Serbian teammate could have gotten to the 50-point plateau if he wanted to, as per Eric Spyropoulos of NBA.com.

“He should have had 50. That’s what he does. He just wants to win and play winning basketball. But when he’s dominant down there we’re just a different team. Any time he’s aggressive, that’s always the game plan. We want to play through him.”

Still, the Nuggets have long ways to go before they can put themselves in talks of the best teams in the league. They are ranked poorly on the defensive end, prompting head coach Mike Malone to call out their efforts on defense. Before the game, Barton told his teammates to be more engaged on their defensive assignments and have more trust on each other on that end of the floor, as per Mike Singer of The Denver Post.

“We’ve got to go out there and do it. (Malone’s) said enough. Players got to do our job now. Coach ain’t out there guarding these guys. We are. We’re giving up too many   points. We’re giving up too many good individual performances. We’ve got to get back  to taking pride in our one-on-one defense, and then, if our one-on-one defense does break down, having the trust that our teammate’s going to be there.”

Sophomore point guard Trae Young topscored for Atlanta with 29 points, along with his 12 assists and a stellar 8-12 clip from the field. Young also hit four of his five attempts from deep, but struggled in taking care of the ball as he turned it over seven times. Kevin Huerter fired six treys on his way to 22 markers, while John Collins and rookie De’Andre Hunter contributed 17 and 16 points, respectively.

Collins, who has been playing well since coming back from a 25-game suspension, still had a positive takeaway from the loss, as per Sarah K. Spencer of The Atlanta Journal-Constitution.

“We knew we were going to be in the game the entire time. We were ready for it. We just tried to do our best to execute. A couple shots didn’t fall, a couple, some more tough calls down the stretch. Like I always say, that’s just part of being a competitor in this league, and you have to sort of work through it.”

The road doesn’t get easier for the bottom-dwelling Hawks squad. They will go up against James Harden and the Houston Rockets in their next assignment on Wednesday.

The Utah Jazz are still rolling as they hacked out a thrilling 128-126 victory over Brandon Ingram and the New Orleans Pelicans. Sweet-shooting forward Bojan Bogdanovic topscored for the Jazz with 35 points, while lefty do-it-all swingman Joe Ingles came through with 22 points, 6 assists and 2 steals. Donovan Mitchell was hounded by foul trouble, but still managed to put up 19 points, 4 boards and 6 assists as the Jazz tie the West-leading Los Angeles Lakers for the longest active winning streak in the league.

As both teams exchanged clutch shots one after the other, it was in the final possession that spelled all the drama for the night. As Bogdanovic’s three-pointer careened off the rim, Pelicans forward Brandon Ingram rebounded the ball and quickly raced to the other end of the floor to either send the game to overtime or win the game with a three-pointer. Ingram went for a game-tying lay-up, but was thwarted by Jazz’ defensive big man Rudy Gobert, ending the night with a win for the visiting team.

No call was made, making it impossible for Pelicans head coach Alvin Gentry to issue a challenge on the non-call. The NBA has since acknowledged the non-call, saying that Ingram was indeed fouled by Gobert in the potential game-tying bucket.

Ingram led the charge for the Pelicans with 35 points and 8 boards, while Lonzo Ball produced an all-around stat line of 21 points, 8 rebounds and 7 assists. Veteran sharpshooter JJ Redick chipped in 23 markers, and E’Twaun Moore tallied 13 points, 7 boards and 2 steals off the bench.

The Pelicans played without injured main man Jrue Holiday. Gentry credited his players for proving that they can compete even in the absence of their star point guard, as per NBA.com.

“I thought the guys were great. I thought the bench played really good. Nickeil (Alexander-Walker) gave us some minutes. Frank (Jackson) gave us a few minutes here and there. E’Twaun (Moore) came off the bench and played well. Josh (Hart) had a starting role – I thought he did a good job for us. We did everything we’re  supposed to do.”

The Pelicans will try to bounce back from this loss when they host Zach LaVine and the Chicago Bulls on Wednesday.

Doncic comes up with another triple-double outing

The Dallas Mavericks again banked on their brilliant sophomore playmaker as they held off the visiting Chicago Bulls, 118-110. Luka Doncic again did wonders for the Mavs as he finished with a triple-double stat line of 38 points, 11 rebounds and 10 assists. Dwight Powell had 16 points and 7 boards, while Tim Hardaway Jr chipped in 15 markers in Dallas’ 23rd victory of the season.

With co-star Kristaps Porzingis out with an injury, Doncic took full mastery of the Bulls’ defense. The 20-year old star put up 21 points just in the third quarter as he befuddled Chicago’s defenders with his savvy offensive skills. Dallas head coach Rick Carlisle couldn’t help but be amazed at how poised his young superstar is at this early stage of his career, as per Dwain Price of Mavs.com.

“He’s a great player, and I thought tonight the most impressive thing about his game was his demeanor and his disposition and his poise. Look, teams are sending athletic guys to be physical and bang him and all that.

He stayed level-headed. He had a couple of what I thought were logical, analytical   talks with the officials at the right times, and he kept playing. He was masterful     down the stretch.”

Lauri Markkanen led the way for the Bulls with a team-high 26 points and 9 rebounds. Zach LaVine contributed 20 markers, and starting point guard Tomas Satoransky finished with a double-double performance of 11 points, 5 boards and 14 assists.

The loss spells the Bulls’ fourth consecutive defeat. They will try to break that losing skid when they travel to New Orleans to face Lonzo Ball and the Pelicans on Wednesday.