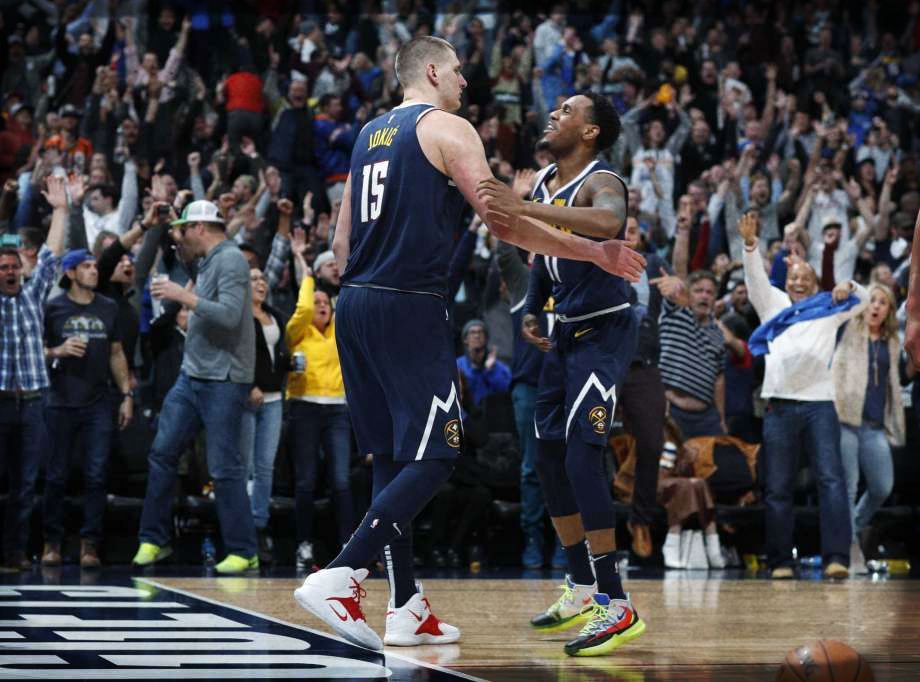 The Indiana Pacers showed the grit and character of an elite team as they mounted a huge comeback rally to prevail over the Oklahoma City Thunder, 108-106. Veteran shooting guard Wesley Matthews, who had 16 points and 7 rebounds in the win, made two crucial plays on both ends of the floor, giving the Pacers their 44thvictory of the season. With the Thunder up with a massive 78-61 lead in the mid-way point of the third quarter, the Pacers never gave up as they cut the deficit to a single-digit lead entering the final period. Indiana would continue their onslaught as they slowly but surely chipped away at the lead. A Myles Turner dunk with two minutes remaining in regulation gave the home team a 102-101 lead, followed by a lay-up by Bojan Bogdanovic to put the Pacers up by three. The Thunder would tie the game, but a Paul George turnover led to the Matthews putback shot for a Pacers’ two-point advantage. Thunder superstar Russell Westbrook missed a potential game-winning three-pointer in the ensuing play. Young budding big man Domantas Sabonis led Indiana with 26 points off the bench, while Bogdanovic tallied 23 markers.

George topscored for the Thunder with a game-high 36 points, 6 rebounds and 5 assists, while Westbrook came through with another triple-double of 19 points, 14 boards, 11 assists, 4 steals and 2 blocks. The win ties the Pacers with the 3rd-seeded Philadephia 76ers in the Eastern Conference.

The Boston Celtics used a strong second half finish to put away the relentless Sacramento Kings with a 126-120 victory. All-Star point guard Kyrie Irving recorded an impressive triple-double of 31 points, 12 assists and 10 rebounds, while Marcus Morries tallied a double-double of 21 markers and 13 boards. Trailing by six points after the first half, the Celtics would execute better on offense as they put up a 70-point second half performance to hold off a young playoff-hopeful Kings team. It was a solid outing for Irving, who despite shooting just a paltry 11-28 clip from the field, displayed his leadership with a rare triple-double.

Kings shooting guard Buddy Hield led the charge for Sacramento with a game-high 34 points and 7 assists, while sophomore point guard De’Aaron Fox scattered an all-around production of 19 points, 9 assists, 7 rebounds and 3 steals. It was another close-call defeat for the Kings, who suffered their third consecutive loss and dropped to five games behind the last playoff spot in the Western Conference.

The Toronto Raptors clamped down on defense in the fourth quarter as they put away the visiting Los Angeles Lakers with a convincing 111-98 win. All-Star forward Kawhi Leonard tallied 25 points, 8 rebounds and 4 assists, while shooting guard Norman Powell came off the bench to chip in 20 points and 8 rebounds. Holding a precarious six-point lead after three quarters, the Raptors executed a masterful defensive scheme that held the Lakers to just 14 points in the final period. The win improves Toronto to a 49-20 record, just 2.5 games behind the league-leading Milwaukee Bucks.

LeBron James had 29 points, 6 assists and 4 rebounds in the loss, while back-up point guard Alex Caruso contributed 16 markers, 5 boards and 5 assists off the bench. The Lakers, who are sporting a disappointing 31-38 record, should now be virtually out of playoff contention with only 13 games remaining on their schedule.

Down by 10 entering the deciding quarter, the Denver Nuggets proved that they are a championship-contending team as they rallied past the Dallas Mavericks for a 100-99 nail-biting victory. All-Star center Nikola Jokic came through with a buzzer-beating difficult shot to cap off his solid all-around outing of 11 points, 14 rebounds and 8 assists. Veteran power forward Paul Millsap topscored for the Nuggets with 33 points and 8 rebounds, but it was their solid defense in the fourth period that spelled the difference in the thrilling game. Mavericks prized rookie playmaker Luka Doncic almost had the most defining moment of his young career as he blew past big man Mason Plumlee and dunked the ball over two Denver defenders. However, Doncic would miss the and-one free throw, setting up the stage for the Jokic game-winner.

Doncic had a near triple-double night of 24 points, 11 boards and 9 assists, while fellow rookie Jalen Brunson chipped in 20 points and 5 rebounds. The victory gave Denver their 45th win of the season, as they find themselves just a full game behind the Golden State Warriors for the top spot in the West.