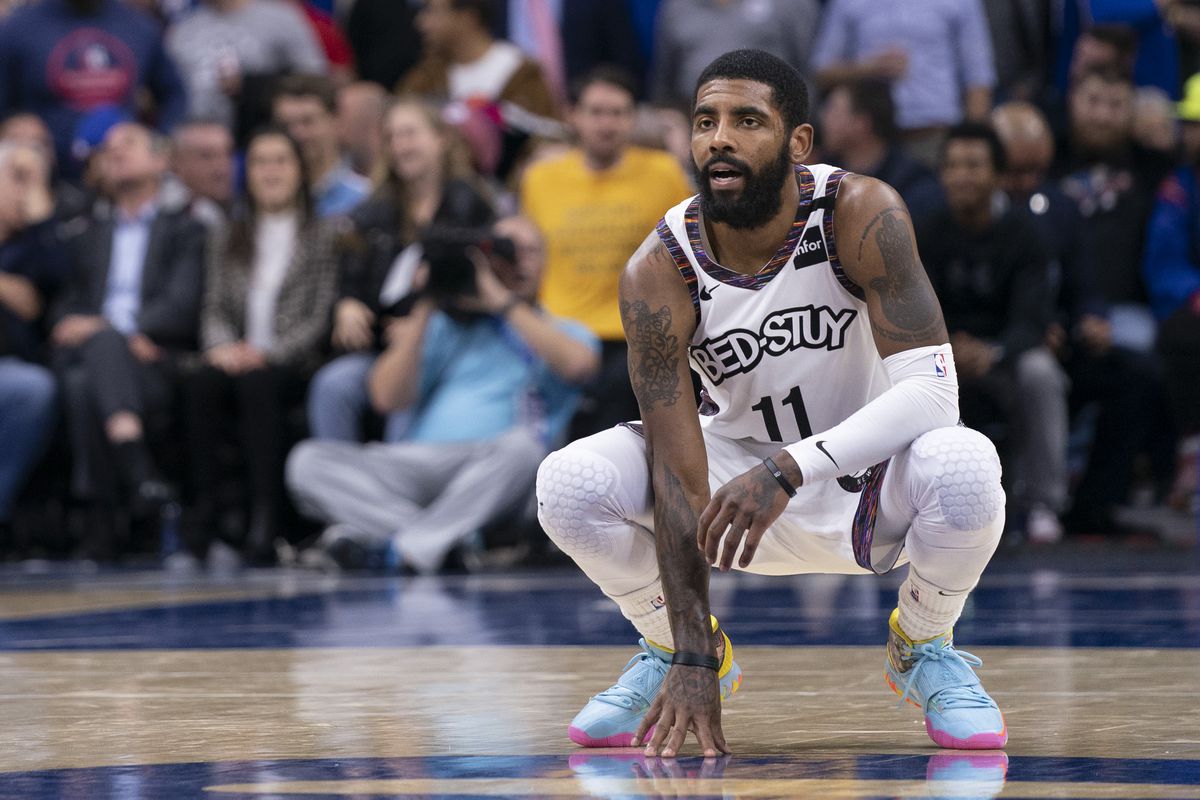 Coming off a disappointing string of games that saw them lose seven of their last eight contests, the Brooklyn Nets banked on the efficient Kyrie Irving to turn back the Atlanta Hawks, 108-86. With his last game dating back to November 14, Irving didn’t look rusty from his long layoff due to a shoulder injury. The All-Star scoring point guard missed just one of his 11 shots from the field, and finished with a team-high 21 points, 4 rebounds and 3 assists. Taurean Prince contributed 14 markers, while both DeAndre Jordan and Garrett Temple came off the bench to chip in 13 points apiece. Young budding big man Jarrett Allen came away with a double-double performance of 10 points and 12 boards as the Nets notch their second straight victory after pulling off an upset on the third-seeded Miami Heat in their previous assignment.

Obviously inspired by the return of their superstar, the Nets raced out to an early 21-point lead after the first quarter. The Nets would then coast all the way to the finish line as their activity and focus on the defensive end spelled them the much-needed win. Their defense forced the Hawks to shot a lowly 33% clip from the field, including just 25% from the three-point line.

Irving expressed his tremendous joy of again helping his teammates perform on the court, as per Brian Lewis of the New York Post.

“It was a long road back, man. A lot of questions I had to answer; just health for my shoulder, longevity, what would’ve been the best option for my health long term.

Now I’m here and I come back on my sister’s birthday — timing is everything for me   — I’m just happy and very grateful. But it was a long road back from rehab, missed 26 games. You never want to miss any games, leave your teammates out there. So it was good to be back.”

Without their injured main man Trae Young, the Hawks struggled to be efficient on their offensive sets. Rookie gunner Cam Reddish led the way for the visiting team with 20 points and 5 steals, including four hits from beyond the arc. DeAndre’ Bembry came off the bench to tally 12 points and 4 steals, while veteran big man Alex Len came up with 10 points and 4 boards.

Hawks head coach Lloyd Pierce emphasized that he was satisfied with his players’ performance but reiterated they were just having trouble hitting their shots, as per Sarah K. Spencer of The Atlanta Journal-Constitution.

The Hawks will try to snap their current four-game losing streak when they go back home to host Devin Booker and the Phoenix Suns on Tuesday.

The Utah Jazz turned in another balanced offensive attack as they defeated the Washington Wizards, 127-116. Bojan Bogdanovic led the Jazz in scoring with 31 markers, while recently-acquired combo guard Jordan Clarkson produced 23 markers off the bench. Defensive stalwart Rudy Gobert impressed with a double-double night of 21 points, 14 rebounds and 2 blocks, and Joe Ingles tallied 20 markers and 9 dimes as the Jazz extended their winning streak to nine games.

Despite falling behind the opening period and ending the first half trailing the Wizards by 11 points, the Jazz didn’t put their heads down. Instead, they put up a 38-point showing in the third quarter and erased the Wizards’ lead as they entered the final frame. Utah would ride the momentum going into the fourth quarter as Gobert anchored a much-better defensive performance for the Jazz in the second half.

Jazz point guard Emmanuel Mudiay, who started in the place of the injured Donovan Mitchell, emphasized that they made the accurate adjustments on their defense in the second half, as per Andy Larsen of The Salt Lake Tribune.

“Coach just came in the locker room at halftime and made an adjustment. They were hitting a lot of comfortable mid-range shots, so we just went back to our principles and made Rudy a presence. That changed a lot.”

Bradley Beal, who sat out the last five games due to a leg injury, finished with a team-high 25 points for the Wizards. Stretch power forward Davis Bertans fired four treys on his way to 18 markers, and starting center Ian Mahinmi put up an all-around stat line of 15 points, 6 rebounds, 7 assists and 2 steals in the loss.

Wizards head coach Scott Brooks commended his wards for starting out strong, but their defensive lapses and foul tendencies ultimately cost them the win, as per Jackson Filyo of WashingtonWizards.com.

“We came out and we scored quick. I think to go up 13 [points] and then after that it was we got them into the bonus quickly. I think they were in the bonus like at the seven-and-a-half, eight-minute mark of that third quarter. We were just fouling too much. The game was different from the first half than in the second half but they had a couple of hot players. [Jordan] Clarkson always seems to be a guy that we have trouble staying in front of and he proved it again tonight. We have to do a better job   of defending them.”

Washington will have two full days to rest and regroup before they travel to Chicago to go up against Zach LaVine and the Bulls.

Despite finding himself battling foul troubles all game long, Nikola Jokic still managed to lead the Denver Nuggets to a morale-boosting 114-104 win over Kawhi Leonard and the Los Angeles Clippers. Jokic, who had five fouls in the win, finished with an all-around performance of 20 points, 15 boards and 6 assists. Denver’s young backcourt duo of Jamal Murray and Gary Harris contributed 19 and 15 markers, respectively.

It was a great bounce-back win for the Nuggets after coming off a disappointing loss to the Cleveland Cavaliers last Saturday. A masterful display of offense in the second quarter gave them a comfortable 14-point lead at halftime, providing them with enough cushion to absorb runs from the Clippers in the second half.

Nuggets head coach Michael Malone credited his team’s conscious effort to be active on the defensive end, as per Eric Spyropoulos of NBA.com.

"I'm proud of our guys for settling down. Even though the defense overall wasn't great, I thought it was a big improvement from where it's been as of late. (We) accepted the challenge against a really good, physical team."

Kawhi topscored for the Clippers with a game-high 30 points, while Lou Williams was inserted to the starting line-up and finished with 26 points and 4 assists. Montrezl Harrell came off the bench to amass 25 points, 8 boards and 2 blocks, but it was not enough for the Clippers to come away triumphant.

The Clippers also missed the services of superstar forward Paul George, who sat out the heavyweight contest due to a hamstring injury. The Clips will try to bounce back from this loss when they host Kevin Love and the Cleveland Cavaliers on Tuesday.