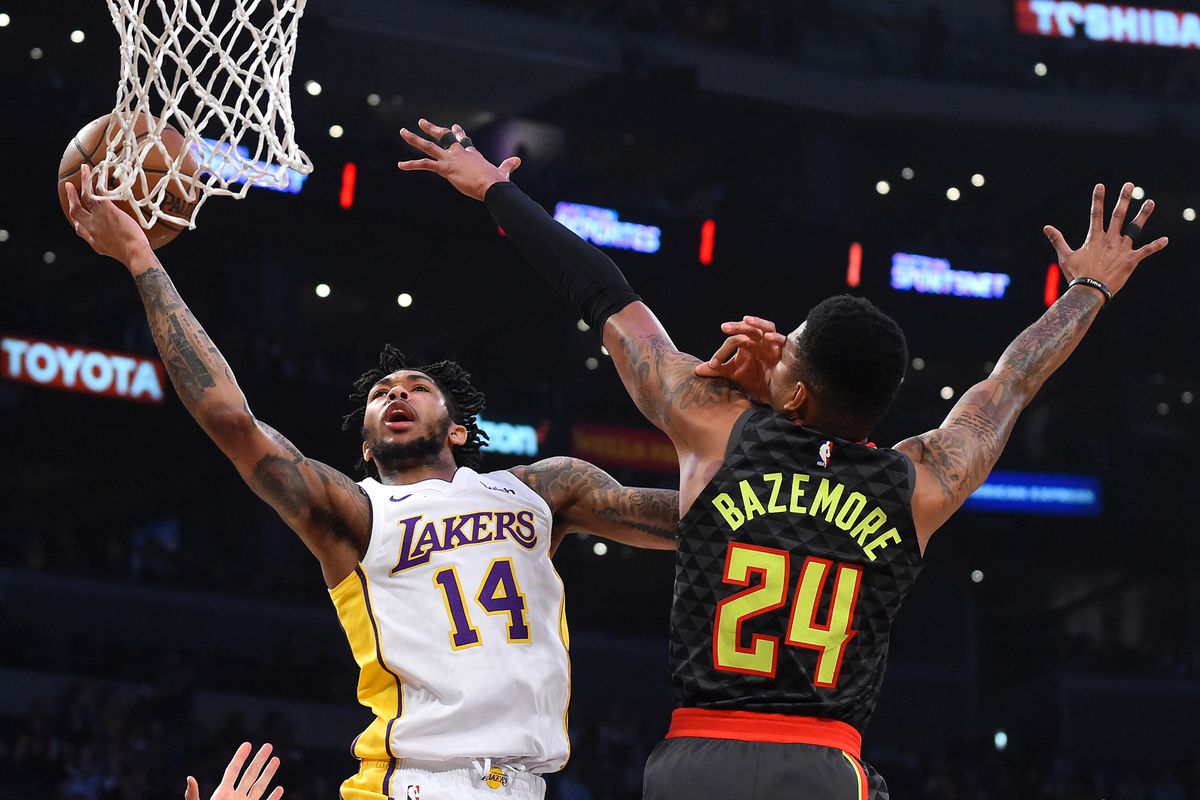 The league-leading Los Angeles Lakers stormed right out the gates and never looked back as they take an easy 122-101 win over the visiting Atlanta Hawks. With Lakers legend Kobe Bryant watching courtside, LeBron James turned in a masterful performance. He had a game-high 33 points, 12 assists and 7 rebounds, including six makes from three-point territory. Kyle Kuzma and Rajon Rondo both came off the bench and joined the scoring spree as they put up 17 and 15 markers, respectively. Lakers superstar big man Anthony Davis had a quiet offensive night of only 14 points, but the team’s supporting cast were able to reinforce their two stars.

The Lakers started the game with fireworks, building a massive 69-41 lead at halftime. But their offense wasn’t the only thing working good for them. Their stingy defense limited the Hawks to just 17 total points in the second quarter. The Lakers also closed out well on the perimeter, forcing Atlanta to shoot a measly 28% clip from beyond the arc.

James, who shook hands with Kobe at one point of the game, says that he really wanted to have a great game in front of the five-time NBA champ, as per the NBA.com.

“I'm just trying to put on a show for him and give him a reason to be like, ‘OK, we might come to another game.

I know he came to a game last year. Just having him in the building, knowing what he did to this franchise, and for me and my teammates what it means to be a part of Laker Nation, the Laker family, it's a beautiful thing. I was one of the kids who had the chance to come out straight out of high school. He did it and I was just watching him. It's just so surreal for me, a kid from Akron to be able to have a guy like Kobe take time out of his day. Even at this point in my career it's still special.”

Indeed, Kobe went home happy as his beloved Lakers squad improved their record to 11 wins against two losses. The Lakeshow will put their winning streak on the line when they host Chris Paul and the Oklahoma City Thunder on Tuesday.

As for the Hawks, this was their third straight loss and their sixth in the last seven games. Trae Young started out flat but eventually finished with a team-high 31 points and 7 assists. Rookie gunner Cam Reddish had 13, while Jabari Parker poured in 11 points, 8 boards and 4 steals. The Hawks will have two days of rest before they go back home to face reigning MVP Giannis Antetokounmpo and the Milwaukee Bucks.

Despite missing injured key cogs De’Aaron Fox and Marvin Bagley, the Sacramento Kings were still able to hack out a thrilling 100-99 win over the Eastern Conference-leading Boston Celtics. Buddy Hield led the charge for the upstart Kings as he finished with a game-high 35 points, while grabbing 6 rebounds and stealing the ball four times. Nemanja Bjelica held his own in the paint, amassing a double-double performance of 12 points, 14 rebounds and 4 assists. Harrison Barnes contributed 13 markers, and Bogdan Bogdanovic came off the bench to steady the ship with his 12 points and 10 assists.

It was a great test of character for the depleted Kings squad, who lost Fox and Bagley to injuries. Richaun Holmes came up clutch in the dying seconds, hitting two crucial free throws to give Sacramento the one-point lead. Luckily for the Kings, Celtics guard Marcus Smart’s floater bounced out of the rim after it seemed like it was already going in. Still, it wasn’t all luck for the Kings as they took care of the ball for the most part of the game, while moving the ball well and compiling a total of 22 assists.

Brown, who also had 2 steals in the loss, laments his team’s inability to start the game on the right foot, per Nick Friar of WEEI Sports Radio Network.

“(With) both of the last two teams that we’ve played, they came out with high energy  and we didn’t match their energy. If we don’t, we got to make sure we (are) mentally sound and start being in the right spots, taking care of the basketball, making the right reads, making the right plays. Because if not, those teams that start off well, they (are) going to build confidence throughout the game. So, we got to be even better to start the game to make sure that the game materializes how we want it to.”

The loss also snapped the Celtics’ 10-game winning streak. But the green-and-white guys are still on top of the East, sporting an 11-2 win-loss card to start the year. They will face Devin Booker and the impressive Phoenix Suns in the second leg of their back-to-back schedule.

The Orlando Magic weathered a late storm from the visiting team as they defeated the Washington Wizards, 125-121. All-Star center Nikola Vucevic led the way for the Magic with a massive all-around production of 30 points, 17 rebounds and 6 assists. Evan Fournier made five three-pointers on his way to 25 total markers, and Markelle Fultz had his best game of the early season with 19 points and two makes from deep.

It was quite the acid test for the Magic, who were already leading by 11 points entering the fourth quarter. But Washington attempted a comeback, scoring 44 total points in the payoff period. Still, the Magic did enough to weather the storm and came up with their third consecutive victory.

Bradley Beal again led the Wizards with 34 points, 6 boards and 8 assists. C.J. Miles came off the bench to chip in 21 points on six three-pointers, while Davis Bertans and Thomas Bryant contributed 15 and 14 markers, respectively. Wizards head coach Scott Brooks acknowledged his players’ efforts, but insisted that they have to do a better job in communicating on their schemes, per Candace Buckner of The Washington Post.

The Wizards will try to bounce back and improve their disappointing 3-8 record when they go up against DeMar DeRozan and the San Antonio Spurs on Wednesday.