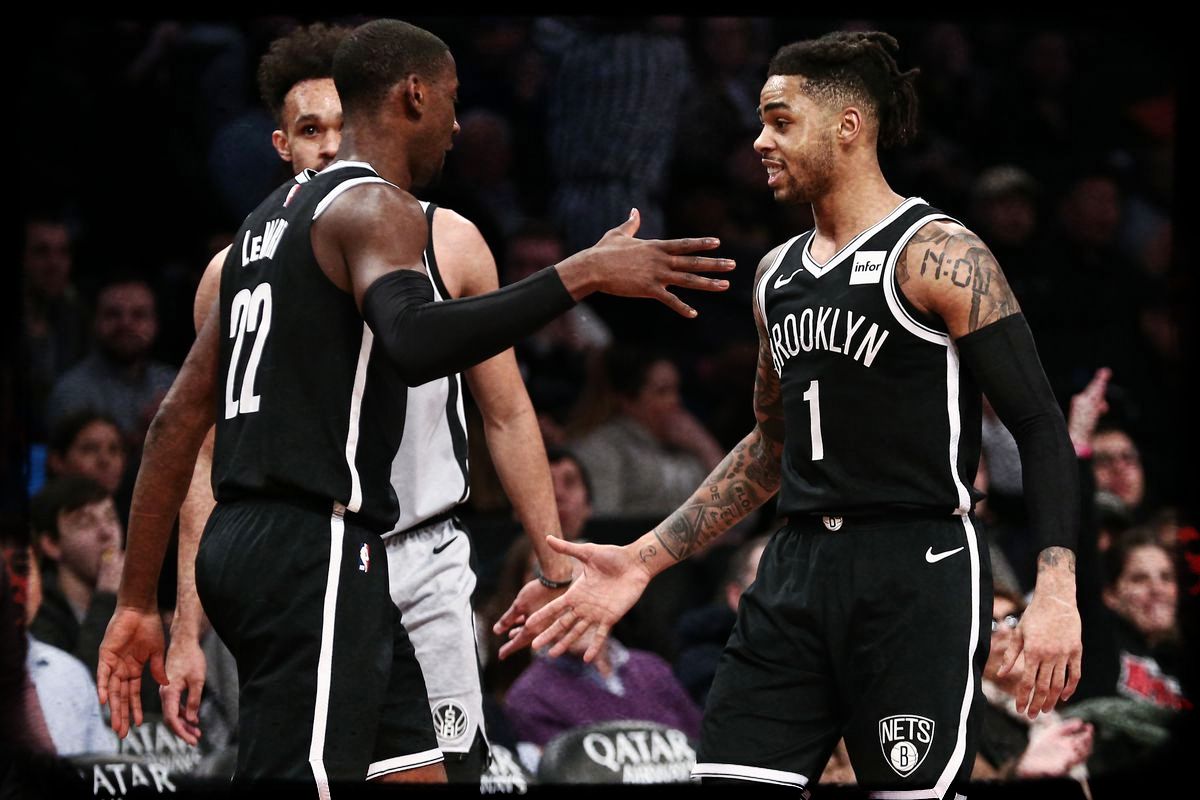 The Brooklyn Nets bolstered their playoff chances as they defeated the San Antonio Spurs, 101-85. D’Angelo Russell led the charge for the home team, logging in an impressive all-around game of 23 points, 8 assists and 7 rebounds. Joe Harris and Caris LeVert both chipped in 15 apiece as the Nets improved their record to 32-31, good for the 6th spot in the Eastern Conference. It was on the defensive end that the Nets did most of their damage, holding a good offensive team to just 38 first half points, and 85 overall. Brooklyn defended the perimeter very well, holding the Spurs to a 16% clip from beyond the arc, and an overall 36% from the field.

All-Star center LaMarcus Aldridge led the losing team with 26 points, 10 rebounds and 3 blocks, while DeMar DeRozan tallied 23 markers. However, they didn’t get much help from their teammates as they slid to a 34-29 record in the West.

With nothing to lose and little pressure to win, veteran point guard Mike Conley steadied the ship as the Memphis Grizzlies upset LeBron James and the Los Angeles Lakers, 110-105. Conley topscored for the Grizzlies with 30 points and 5 assists, while recently-acquired big man Jonas Valanciunas tallied a double-double of 20 points and 13 boards. The Grizzlies dominated on the inside, grabbing a game-high 57 team rebounds, including 15 on the offensive end. Veteran center Joakim Noah wreaked havoc on the paint, coming up with an all-around performance of 14 points, 12 rebounds and 4 assists off the bench.

It was another disappointing loss for the Lakers, who are hunting for the last playoff spot in the West. James scattered a triple-double in the loss, finishing with 24 points, 12 rebounds, 11 assists and 3 steals. Brandon Ingram continued his hot shooting streak, coming up with a 32-point performance, on top of 6 boards and 4 assists. Sophomore forward Kyle Kuzma contributed 22 markers in the loss. The Lakers are still positioned at 10th in the West after shocking losses to the Atlanta Hawks and the Anthony Davis-less New Orleans Pelicans.

In need of a victory to stay in firm up their place in the Eastern Conference playoff race, Blake Griffin and Andre Drummond answered the call as the Detroit Pistons beat the 3rd-seeded Indiana Pacers, 113-109. The Pistons’ frontcourt All-Stars delivered the goods as Griffin came through with a triple-double of 20 points, 10 rebounds and 10 assists, while Andre Drummond posted a dominating presence, finishing the game with 26 points, 16 boards and 3 blocks. It was a total balanced offensive attack for the Pistons as six of their players finished in double-digit scoring, and executed well on offense on their way to 18 made three-pointers on a stellar 43% clip. Detroit is now sporting a 29-31 record.

The Pacers got 25 points from small forward Bojan Bogdanovic, while Domantas Sabonis chipped in 23 points and 7 rebounds in the loss. Indiana snapped their two-game winning streak with the loss, as the Philadelphia 76ers close in on them for the 3rd spot in the East.

With both teams in the desperate hunt for a playoff berth in the West, it was the Minnesota Timberwolves that prevailed with a 112-105 victory over the visiting Sacramento Kings. All-Star center Karl Anthony-Towns came through with a massive double-double outing of 34 points, 21 rebounds, 5 assists and 2 blocks. It was a very efficient night for Towns, who made 13 of his 18 shots, including three makes from three-point territory. Derrick Rose, one of the leading Sixth Man of the Year candidates this season, provided the needed spark off the bench as he finished with 20 points and 5 rebounds in the win. The victory puts them in position to chase down the Kings and the Lakers, and inch closer to a potential playoff spot.