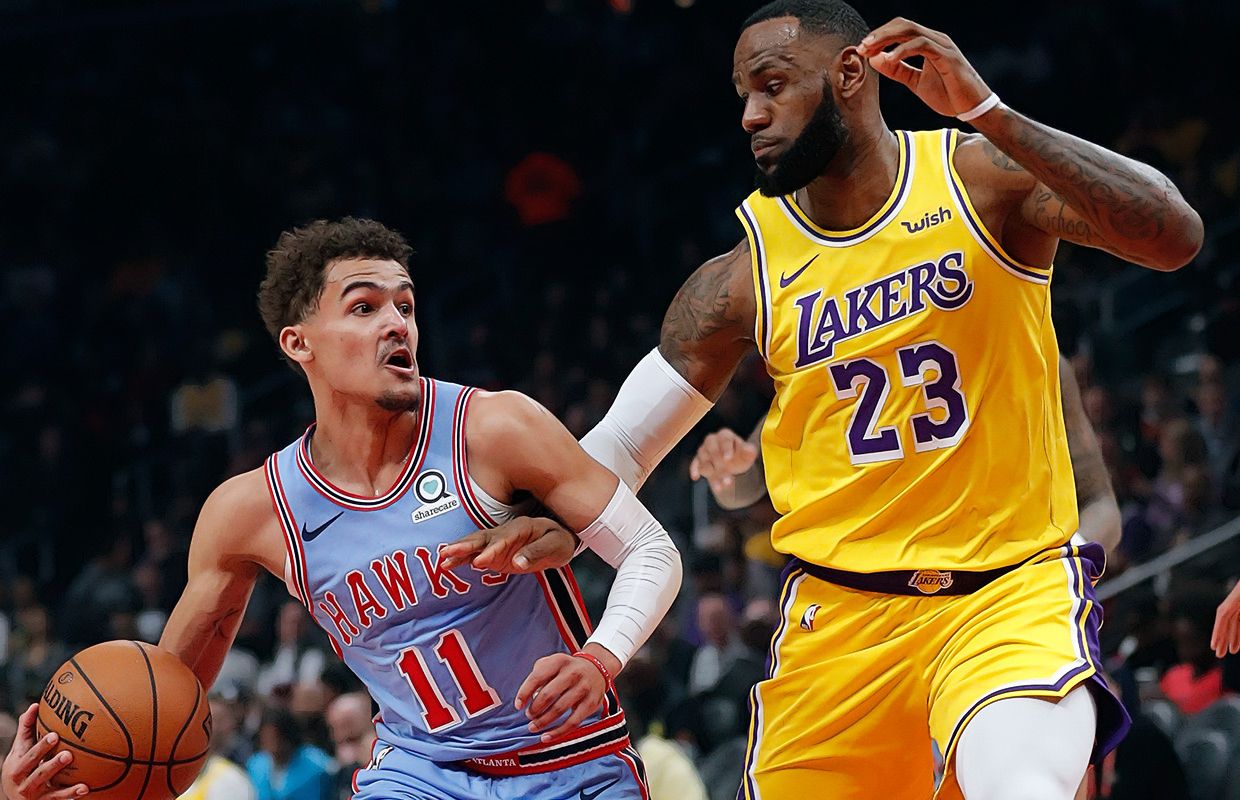 The Atlanta Hawks percolated from three-point territory as they earned a big win against LeBron James and the Los Angeles Lakers, 117-113. Rookie point guard Trae Young had one of his most complete performances this season, finishing with 22 points, 14 assists and 6 rebounds per game. Young partnered with sophomore forward John Collins, who also came up big with 22 markers and 8 boards. The Hawks sank sixteen makes from beyond the arc, as six of their players finished in double-digit scoring.

LeBron impressed with another triple-double, producing 28 points, 16 assists, 11 rebounds and 3 steals in the loss. Brandon Ingram and Kyle Kuzma chipped in 19 apiece, but the Lakers looked uncomfortable throughout the game, especially on the defensive end. The Lakers have now lost four of their last five games, including two consecutive defeats after earning an important win over the Boston Celtics. There’s no doubt that the trade deadline fiasco took its toll on the Lakers’ young guys. They have now fallen to the 10th place in the West, 2.5 games behind 8th-ranked Sacramento Kings.

After losing two frustrating games against the Lakers and the Clippers, the Boston Celtics have bounced back in a big way, defeating fellow Eastern Conference powerhouse Philadelphia 76ers, 112-109. Versatile center Al Horford led the Celtics with an all-around performance of 23 points, 8 boards, 5 assists and 4 steals, while Gordon Hayward came off the bench to score a game-high 26 points on an impressive 6-7 clip from beyond the arc. It was a close-call game throughout the night, but the Celtics showed excellent composure even without All-Star point guard Kyrie Irving. A Hayward three-pointer and a Marcus Smart drive put Boston up by four during the waning minutes of the game. Sixers star Jimmy Butler would score on an and-one opportunity on the other end, before the Celtics made two free throws to put them up 110-107. Tobias Harris clanked a three-pointer, then Joel Embiid scored on a putback lay-in. But time would run out for the Sixers as the Celtics hacked out a win that could prove to be a morale booster for the team.

Embiid led Philly with a double-double of 23 points and 14 rebounds, while Butler tallied 22 markers and 9 rebounds. Both Philadelphia and Boston are now tied with the same 36-21 record, with the Celtics holding the tiebreaker advantage.

Stephen Curry heated up just at the right time as the Golden State Warriors rolled past the Utah Jazz, 115-108. Curry finished with 24 points and 4 assists in the win, while fellow All-Stars Kevin Durant and Klay Thompson put up 28 and 22, respectively. The Jazz were in the driver’s seat entering the final period, when Curry unleashed a run of his own, providing enough cushion for the Warriors to hold off the visiting team. It was a heated contest as Warriors center DeMarcus Cousins and Jazz forward Jae Crowder got into a scuffle at one point of the game.

Sophomore shooting guard Donovan Mitchell topscored for the Jazz with 25 points and 7 rebounds, but struggled from the field, making only 10 of his 29 shots. Rudy Gobert completed a double-double of 13 points and 16 boards in the loss. The Warriors have now won five straight games, solidifying their place on the top of the Western Conference with a 41-15 win-loss card.