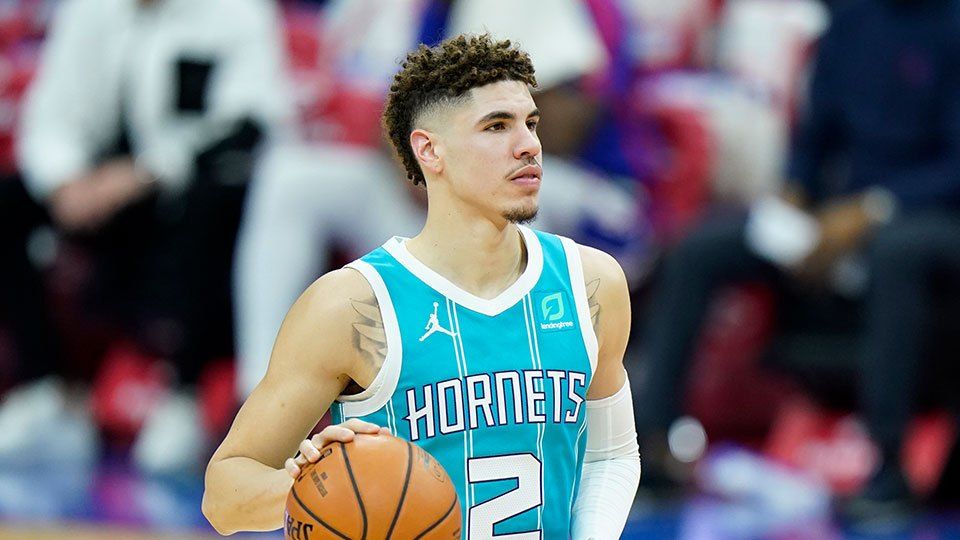 Charlotte Hornets rookie LaMelo Ball continues to impress in his young NBA career. The 2020 third overall pick notched his first career triple-double when he helped the Hornets score a 113-105 win over the Atlanta Hawks at the Spectrum Center in Charlotte, North Carolina.

Ball finished with 22 points on 9-for-13 shooting from the field, including a 3-for-5 clip from beyond the arc. The rookie point guard also grabbed 12 rebounds and dished out 11 assists to complete his first triple-double performance. At 19 years and 140 days old, the Chino Hills, California native became the youngest player to record a triple-double, dethroning Markelle Fultz, who achieved the feat at 19 years old and 317 days in 2018.

Hornets head coach James Borrego had nothing but praises for the 19-year-old rookie, saying that Ball is continuously getting better with more games under his belt. Borrego said that Ball, despite being one of the youngest players in the league, is showing that he is not afraid of the moment, pointing out that the rookie looks like a player who has been in the league for several years.

"He's a special player," Borrego said of Ball via Sporting News. "I love the person, I love the kid, and more than anything I love his spirit, I love what he brings to our locker room, our organization. Just proud of him, he was fantastic tonight. A 19-year-old rookie does not look like this. This is just rare what you're seeing. I can't get over this kid, he's just a wonderful person to be around, he's humble, he's genuine, he's coachable."

Terry Rozier also had a big game for the Hornets, as he finished with 23 points on 8-for-15 shooting from the field, including a 4-for-9 clip from beyond the arc, to go along with four rebounds, four steals, and two assists. PJ Washington had 22 points to go along with seven rebounds and six blocks, while Caleb Martin added 15 points in 17 minutes, with both of them benefiting from Ball's excellent passing display throughout the game.

"It's tough because you don't know when it's coming. He might throw it behind his head, behind his back or straight to you," Washington, referring to Ball, said in jest via ESPN. "You have to be active and aware when he has the ball. It's always fun playing with a guy like that."

The Hawks shot just 37.4 percent from the field and 30.4 percent from beyond the arc, while allowing the Hornets to convert 51.9 percent of his shots, including a 45.5 percent clip from the three-point region. Young, one of the best shooters in the league failed to convert a three-pointer for the second straight game for the Hawks, who has now dropped to 4-5 after having a strong 4-1 start this season.

"It’s just not making too much of it," Young said of his team's recent skid and his shooting struggles via The Atlanta Journal-Constitution. "We have 72 games. We’ve only played nine games. We have another nine-game stretch and it could be a way different story. It’s all about how you move on, how do you bounce back. And for me, having a couple games where I’m not scoring, not shooting the ball the way I want to, it’s all about how I bounce back."

Luka Doncic, who was favored to win the NBA Most Valuable Player award this season, is slowly getting into his deadly form after a slow start this season. Doncic led the Mavericks to a 112-98 win over the Orlando Magic on Saturday night at the American Airlines Center in Dallas, Texas.

The Mavericks won despite missing several players, including starters Josh Richardson and Dorian Finney-Smith. Richardson and Finney-Smith, along with Jalen Brunson, had to sit out Saturday's game due to the league's Covid-19 protocols. Kristaps Porzingis has yet to make his debut this season, as he still working his way back from a knee injury. But despite missing key players, Carlisle loved what he saw from this team, singling out Doncic's leadership.

"I was really impressed with our focus and concentration," Carlisle said of his team's performance via Dallas Morning News. "And it all started with Luka. He was really dialed in. He understood exactly what the situation was. He knew this was a game where we couldn’t have a lot of slippage or loose possessions. And he set a tone. That’s the sign of a guy who’s a great leader on the team."

Trey Burke also responded to the challenge against the Magic, as he came off the bench to provide a huge spark for the Mavericks. Burke ended up with 29 points on an impressive 11-for-13 shooting from the field, including a 7-for-8 clip from beyond the arc. James Johnson was also a spark in the second unit, racking up 12 points, five rebounds, three assists, two steals, and a block for the Mavericks, who shot 20-for-40 from the distance as a team.

On the other hand, Nikola Vucevic led the Magic with a double-double, posting 30 points and 15 rebounds to go along with two assists and two steals. Aaron Gordon ended up with 16 points on top of five assists and four rebounds, while Khem Birch and Terrence Ross came off the bench to contribute 12 and 11 points, respectively, with the former adding eight boards and three steals for the Magic.

Gordon had to play his old role in high school, as he manned the point guard position for the Magic on Saturday night. Orlando has just lost starting point guard Markelle Fultz for the entire season after the former first overall pick suffered a torn ACL in their game against the Cleveland Cavaliers last Wednesday. Rookie Cole Anthony took Fultz's spot in the starting lineup but they needed to play Gordon at point guard.

"The team needs me to step up and carry some of the load of initiating the offense,"Gordon, who played point guard in high school, said of taking a new role for Orlando via ESPN. "I've got to take it on my shoulders to get us more organized. There were some times that it was just chaotic."

The Phoenix Suns are having a lot of success this season, thanks to their backcourt duo of Chris Paul and Devin Booker. But on Saturday night, it was Mikal Bridges who took the spotlight, leading the Suns to a 125-117 road win against the Indiana Pacers at the Bankers Life Fieldhouse in Indianapolis.

Bridges scored a career-high 34 points on 12-for-18 shooting from the field, including a 6-for-8 clip from beyond the arc, and also posted three rebounds and two assists. The third-year forward scored 11 points in the final 8:18 of the game to help the Suns take control of the game en route to the eight-point victory.

"Whenever you hit the first couple of shots everything feels good, so you start feeling more aggressive," Bridges said when asked about his career night, per ESPN. "It felt amazing. I know when I get comfortable, I keep telling myself to keep being aggressive. Don't relax and just keep going."

Devin Booker scored 25 points on top of seven assists, three rebounds, and two steals for the Suns. Chris Paul had a double-double with 15 points and 10 assists, while Cameron Johnson chipped in 16 points off the bench. Jae Crowder and Jevon Carter contributed 10 points apiece, while DeAndre Ayton racked up eight points to go along with 14 rebounds and three assists for the Suns, who won despite having 12-less rebounds than the Pacers.

On the other hand, Domantas Sabonis recorded the first 20-20 game of his career with 28 points and a career-high 22 rebounds. Myles Turner also had a double-double with 15 points and 10 rebounds, while Malcolm Brogdon tallied 22 points on top of nine assists and six rebounds. All-Star guard Victor Oladipo dropped 16 points to go with six rebounds and four assists, while Justin Holiday and Doug McDermott scored 17 and 12 points, respectively.