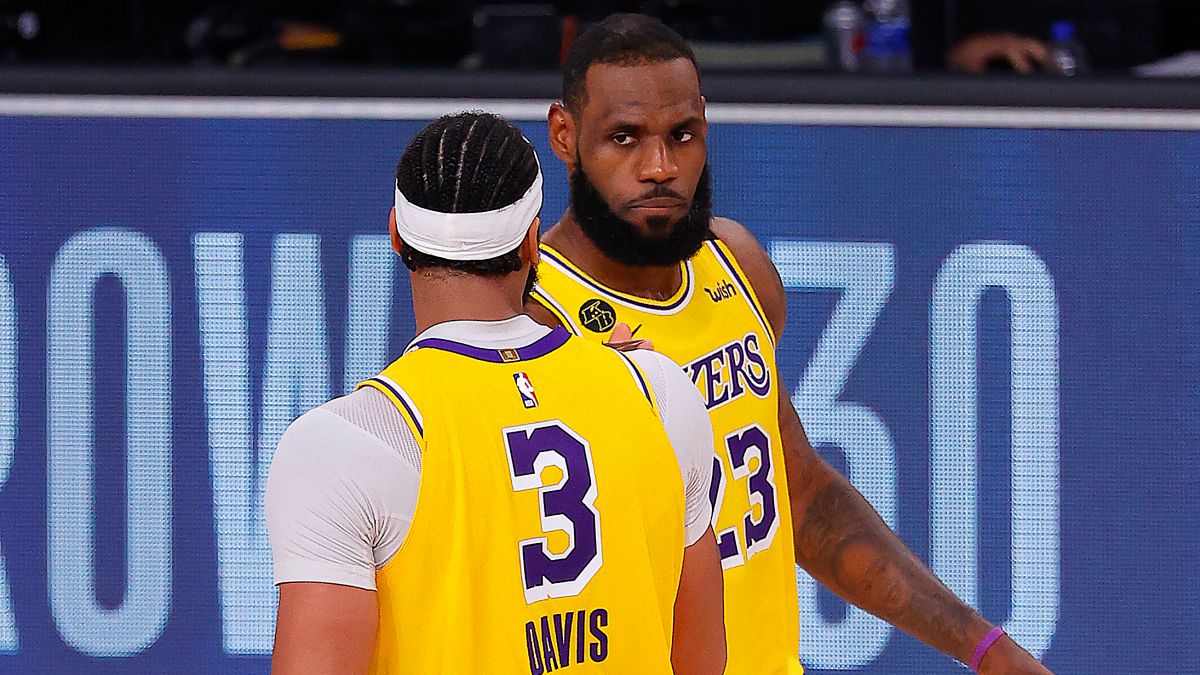 The Los Angeles Lakers moved one step closer from making the NBA Finals for the first time in 10 years. Los Angeles leaned on their superstar duo and proven veterans to escape with a hard-earned 114-108 win over the Denver Nuggets in Game 3 of the 2020 NBA Western Conference Finals on Thursday inside the NBA bubble in Lake Buena Vista, Florida to take a 3-1 series lead.

Anthony Davis, who had a sub-par performance in their loss in Game 3, set the tone early for the Lakers, making his first six shots of the game to force the Nuggets to make adjustments early. Denver failed to slow him down, as he finished with 34 points on 10-for-15 shooting from the field to go along with five rebounds, three steals, and three assists in 41 minutes of action.

LeBron James was also on playoff mode, tallying 26 points on top of nine rebounds and eight assists, while also making a huge impact on the defensive end of the floor. Kentavious Caldwell-Pope had 13 points, while Dwight Howard also provided a huge impact for the Lakers, posting a double-double with 12 points and 11 rebounds. Howard got the starting nod in Game 4, and the lineup changes worked wonders for the Lakers.

"Dwight was a beast," James said of Howard via ESPN. "Gave us opportunities when we missed shots. He was cleaning glass both offensively and defensively. Got us put- backs and was able to control the paint. We know we got smashed in the rebounding category in Game 3, so we wanted to do a better job in that. Dwight brought that physical presence. It was great for our ballclub."

The Lakers were on the driver seat for the majority of the game, but the Nuggets kept on fighting back and prevented the Lakers from pulling away. Denver made it a one-point game with 11:14 left to play in the game, but Los Angeles managed to increase the lead back to eight in the next three minutes. The Nuggets pulled within three points, but the Lakers made timely baskets down the stretch to hold on to the crucial win.

Rajon Rondo was a stabilizing presence again for the Lakers, hitting big shots in the second half that helped stop Denver's comeback attempts several times. The veteran point guard finished with 11 points to go along with seven assists and five rebounds. Aside from his impact inside the hardcourt, Rondo also got a lot of credits from Davis, who said that the playmaker is always on his ear, preparing him mentally before and during the game.

Jamal Murray led the Nuggets with 32 points on 12-for-20 shooting on top of eight assists and three rebounds. Nikola Jokic was not in his usual rhythm as he finished with just 16 points and four assists. Jerami Grant had another solid game for the Lakers with 17 points, while Michael Porter Jr. and Monte Morris provided spark off the bench with 13 and 12 points, respectively, with the former adding eight boards for the Nuggets.

Nuggets head coach Michael Malone felt that the Nuggets were on the short end of officiating in Game 4, but he pointed out that he would use the proper channel to address their concern. The Lakers reportedly asked the league to review officiating after their Game 3 loss. But while he has concerns on the calls and non-calls on Thursday, Malone said that he is not making any excuses, saying that they lost not because of the referees.

"We can get caught up in that and use the refs as an easily, readily available excuse if we want," Malone said via ESPN. "I'm not going to, because we didn't lose the game last night because of anybody except ourselves. We did not meet the fight on the glass."

Denver is now in a familiar territory -- being down 3-1 in the 2020 NBA Playoffs. The Nuggets also went down 3-1 against the Utah Jazz and Los Angeles Clippers in the first two rounds of the playoffs. They went on to erase those deficits to clinch a ticket to the Western Conference Finals, but coach Malone said that while he believes in his team, he insisted that they are not happy being down 3-1 in the series.

"Obviously, we have been here twice and we have answered the call, if you will,"  Malone said. "To be honest, I think in the second round against the Clippers, the Clippers were the odds-on favorite to win the whole thing, ahead of the Lakers. The Clippers are a great team. The Lakers are a great team. I think people out there probably think this is exactly where we want them. It's not. We would much rather be up 3-1, but it is what it is."

Jamal Murray was a headache for the Lakers defense in Game 4, as the Canadian guard converted seven of his first eight attempts. The Lakers were on the verge of a fourth-quarter collapse and Murray looked poise to erupt in crunch time, but James decided to take matter into his own hands. James guarded Murray in the final five minutes of the game, and Lakers coach Frank Vogel revealed that James volunteered to take on the hot-shooting guard.

"LeBron asked for the assignment, and obviously I granted it," Vogel said via ESPN. "He did a great job down the stretch trying to contain him one-on-one. Murray had a great night. Nothing was really working in terms of trying to slow him down until  LeBron took that assignment. Game ball to him, I guess, for that move."

Murray struggled to maintain his momentum with James fronting him, reminiscent of how James stopped a prime Derrick Rose in the Eastern Conference Finals showdown between the Miami Heat and Chicago Bulls in 2011. Murray scored just four points in the final five minutes of the match, and all of it came from the foul line. James said that he decided to guard Murray because it's "winning time" and also praised the young guard for his toughness.

"The kid is special," James said of Murray. "He has an array of shots. Triple threat from the 3, midrange and also in the paint. For me, it's just trusting my defensive keys. Trusting my study of film. Trusting personnel. And living with the results. I told my teammates that I had him and everyone else can kind of stay at bay and stay home. I was able to get a couple stops, and we were able to rebound the basketball, which is the most important thing."

There was a deafening silence inside the arena in Game 4 of the 2020 NBA Western Conference Finals when Anthony Davis went down grimacing in pain midway through the fourth quarter. Davis was visibly in pain after an awkward landing when he rolled his ankle. Seeing Davis in a lot of pain, LeBron James rushed into the scene with a look of his concern on his face, but the Lakers manage to breathe a sigh of relief when Davis got up and walked on his own.

While the injury looked bad initially, Davis managed to stay for the rest of the game and helped the Lakers take a commanding 3-1 series lead. After the game, the superstar forward admitted that he rolled his ankle pretty badly, but he expressed optimism that the injury will not force him to sit out the potential series-clinching game on Saturday, where a win would give him his first NBA Finals appearance.

"Ankle feels fine," Davis said after the game via NBC Sports when asked about the injury scare. "Got tonight, tomorrow before the game to get it back to, I don’t want to say back to where it was, but good enough to play. Rolled it pretty bad but not too bad. I’ll be fine."

Lakers coach Frank Vogel had a more cautious response, though. The veteran head coach said that the status for Game 5 remains up in the air and it will all depend on how he will feel in the next two days. The Lakers cannot afford to lose Davis, who is having his way in the Western Conference Finals. In the first four games of the series, the 27-year-old averaged 32.3 points and 6.5 rebounds for the Lakers.