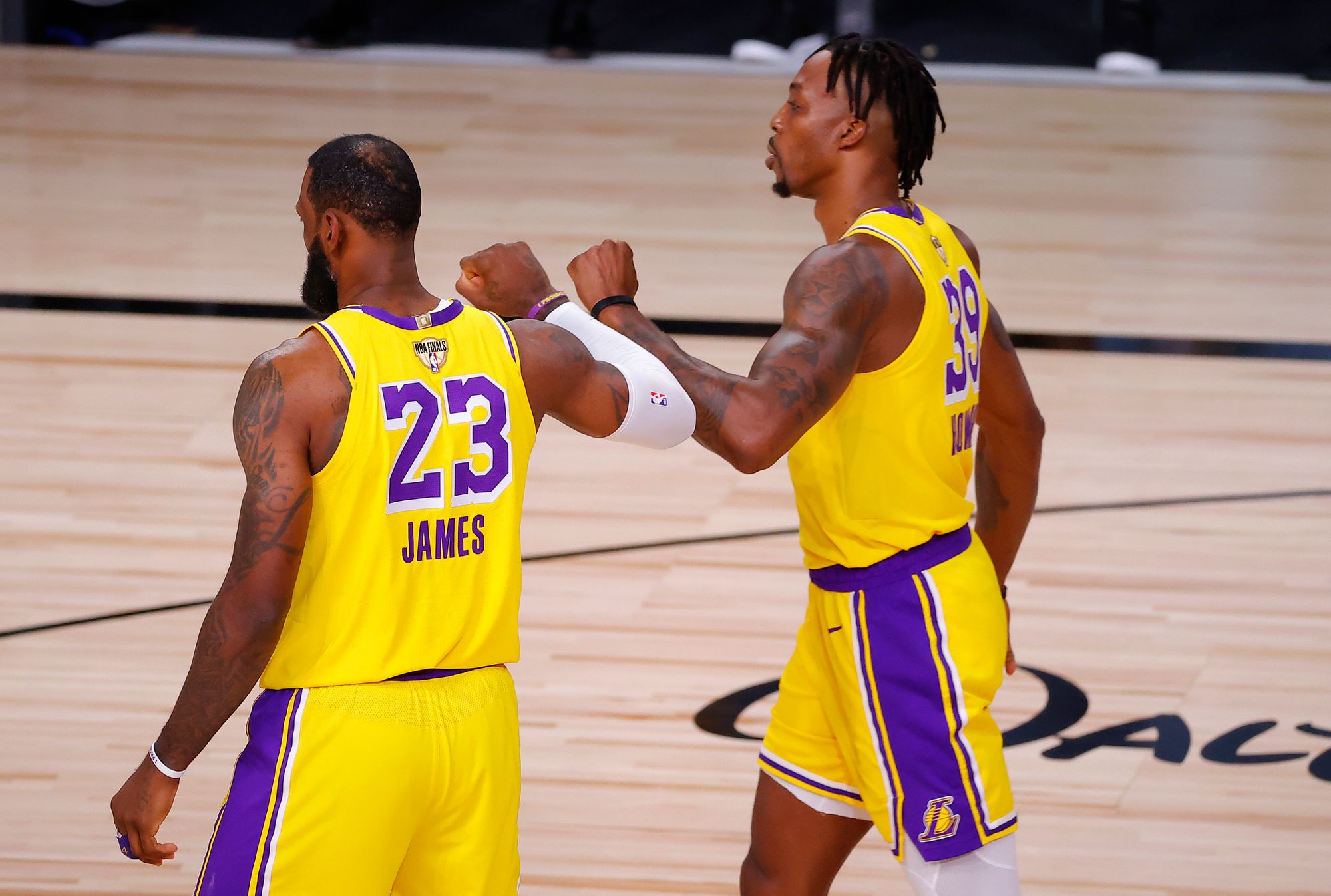 The Los Angeles Lakers knew that a lot of fans and experts are expecting them to have a hard time dealing with the gritty Miami Heat, but the Western Conference champions showed their might on Wednesday. The Lakers scored a dominating 116-98 win over the Heat in Game 1 of the best-of-seven 2020 NBA Finals series inside the NBA bubble in Lake Buena Vista, Florida.

LeBron James had another solid night for the Lakers, as he almost tallied a triple-double with 25 points and 13 rebounds to go along with nine assists. The four-time NBA Most Valuable Player was locked in right from the opening tip, looking determined to win his fourth NBA championship. James, who is looking to win a ring for his third franchise, said that his 10 NBA Finals appearances has taught him a lot of lessons about winning and losing.

Anthony Davis was also a dominant force for the Lakers in Game 1, as the superstar forward finished with 34 points on 11-for-21 shooting to go along with nine rebounds, five assists, and three blocks. Davis had made it no secret that he was having butterflies in his stomach heading into the game, but he did not show signs of it during the game.

Davis, who played in his first NBA Finals, now has the fourth-highest scoring game in a Finals debut -- just behind the 48 points of Allen Iverson and 36 points of both Kevin Durant and Michael Jordan. His 34-point performance also ranked third in terms of points scored in a Lakers Finals debut -- just behind the 43 points of Shaquille O'Neal and 42 points of George Mikan. Davis feels honored about the achievement but he reiterated that he wants to win it all.

The supporting cast of James and Davis also played big roles in their blowout win. Kentavious Caldwell-Pope finished with 13 points, while Danny Green, who is also looking to win his third title with his third franchise, ended up with 11 points on 4-for-9 shooting from the field with three three-pointers to go along with four rebounds, three blocks, and two steals. Alex Caruso added 10 points, while Rajon Rondo posted seven points and four assists.

The Lakers had a slow start, while the Heat were firing in all cylinders in the first six minutes of the game. The Heat quickly built a 23-10 lead and looked poise to pull off an upset against the Lakers. However, Caldwell-Pope hit two three-pointers that somehow awakened the Lakers.

Los Angeles then imposed their will with smooth execution in offense and suffocating defense on the other end of the floor. The Lakers dominated the Heat from then on, and they led by as much as 32 points behind their hot shooting from beyond the arc, where they knocked down 15 three-point attempts. The Heat had several comeback attempts, but it was all too late, as the veteran-laden Lakers successfully protected their lead en route to the win.

"I don't think in the beginning that we were physical enough," James said. "You have to get a feel for how hard Miami plays. I think they smacked us in the mouth, and we got a sense of that. And so we knew how hard we had to play if we wanted to try to make it a game. You know, from that moment when it was 23-10, we started to play to our capabilities."

Jimmy Butler led the Heat with 23 points and five assists despite playing with a bummed ankle, which he rolled in the second quarter of the game. Kendrick Nunn and Tyler Herro provided lift off the bench with 18 and 14 points, respectively, while Jae Crowder ended up with 12 points for the Heat. Butler was not too happy about their performance, saying that they were all aware that they need to be perfect to beat the Lakers in the Finals.

"We talk about how damn near perfect that we have to play, and that was nowhere near it," Butler said. "There's nothing to be said. We can watch all the film in the world, we understand, we know what we did not do, what we talked about we were going to do, we didn't do. We didn't rebound, we didn't make them miss any shots, we didn't get back, all of those things led to the deficit that we put ourselves in."

The Heat will look to bounce back when they collide with the Lakers again in Game 2 on Saturday. However, Miami will likely be in a tough situation if the condition of stars Goran Dragic and Bam Adebayo do not improve before the second game of the series. Dragic and Adebayo did not finish Game 1 and are both listed as doubtful for Friday.

Dragic exited the game in the second quarter with a foot injury, which was later diagnosed as a torn left plantar fascia. The veteran point guard's status for the entire series remains hanging in the balance. But according to the Miami Herald, Dragic was seen leaving the arena inside the NBA bubble without a walking about and it does not appear that he is favoring either foot while walking.

On the other hand, Adebayo also failed to finish the Finals opener are reportedly suffering from a strained left shoulder. The 23-year-old forward hurt his shoulder in the third quarter, and his status is still unclear at this point. Heat head coach Erik Spoelstra said after the game that Adebayo will be reevaluated.

Adebayo is having a good stretch of excellent performances after averaging 21.8 points and 11.0 rebounds to go along with 5.2 assists and 1.0 blocks in the Eastern Conference Finals. Dragic, on the other hand, also had a great series against the Celtics, where he posted 20.5 points on top of 4.7 assists and 3.8 rebounds per game. Butler said they should be ready whether or not Dragic will be able to return for them in the series.

"Be ready to go with or without Goran," Butler said. "He's a big part of what we're trying to do, but until we can have him back, we got to go out there and we got to fight even harder. We got to try to cover up what he gives us and make up for it. We're capable of it. We have to be capable of it. Moving forward, with or without Goran, we better hurry up and tie it up 1-1."

NBA fans might wait a little bit longer for the start of next season. The start of the 2020-21 NBA season was initially slated some time in December, but NBA commissioner Adam Silver said that while starting the season on Christmas Day is still an option, the safest bet is early 2021.

"I don’t know. The earliest we would start is Christmas. That’s been a traditional tent-pole day for the league; but it may come and go," Silver said via New York Post. "Probably the greater likelihood is we start in January."

Silver added that if things do not go wrong, he is expecting fans to be in attendance in all arenas. He pointed out that it is highly unlikely that there will be vaccines ready in January, but he added that the development of better rapid testing might make it possible to have spectators inside the home arenas of teams.

"There's almost no chance that there will be a vaccine, at least that is widely distributed, before we start the next season," Silver said via ESPN. "So I do not see the development of a vaccine as a prerequisite. My sense is that with rapid testing, if you -- it may not be that we'll have 19,000 people in the building, we'll see, but that with appropriate protocols in terms of distancing and with advanced testing that you will be able to bring fans back into arenas."

Silver also played down speculations that the league will likely shift the schedule to summer months because of the delay this season. He said that they are expecting challenges next year because of the Olympics, where several NBA players are expected to participate for the respective countries, but he insisted that they will make sure to "strike the right balance" about it when they play for next season's schedule.