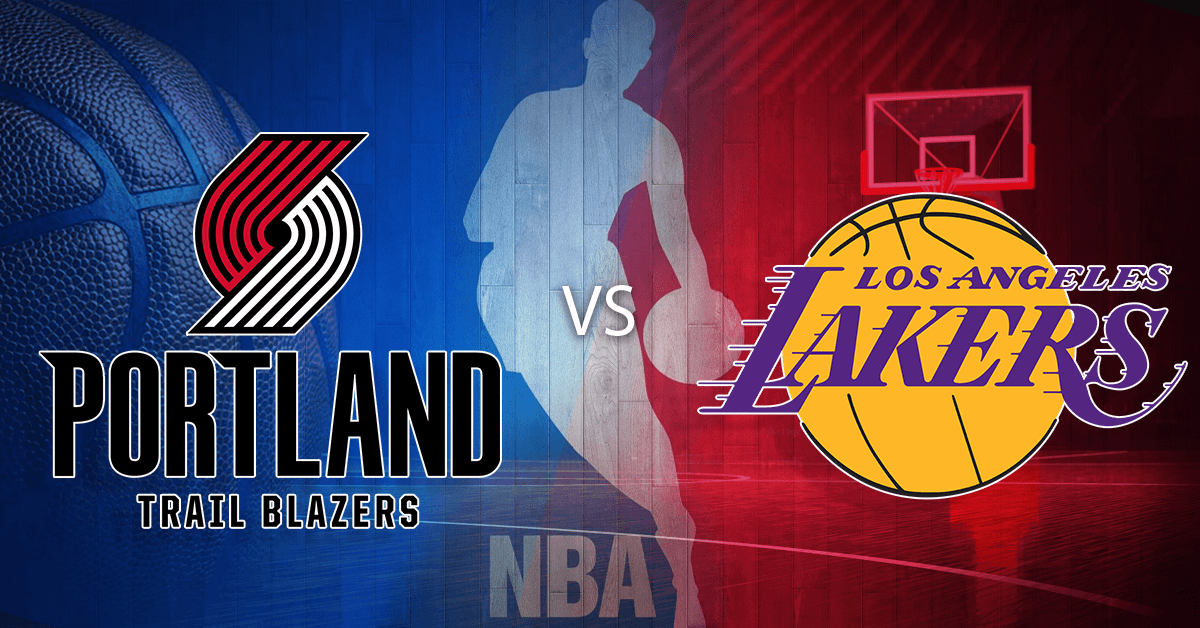 The Los Angeles Lakers are now enjoying a commanding 3-1 lead in their series against the Portland Trail Blazers after they cruised to a 135-115 win on Monday. The Lakers played inspired basketball, as they leaned on a huge first quarter to take control of the entire game on the day they celebrated the life of NBA legend Kobe Bryant.

Wearing the Black Mamba jersey on 8/24 day, the Lakers started the game with 15-0 blast and ended the first period with a 43-25 lead. Los Angeles kept their foot on the gas in the second quarter, increasing the lead to 29 points at the half. The Lakers never looked back en route to the big win, which was their third straight after losing in the series-opener.

"The emotional aspect did feel different than any other game we played since we’ve been in the bubble," Lakers head coach Frank Vogel said after the game via Los Angeles Times. "Obviously Kobe is dearly missed, and to have a game on 8/24, all of  us in our whole organization, particularly our players, felt that and carried that emotion on to the playing court."

LeBron James had another big game for the Lakers, finishing with 30 points and 10 rebounds on top of six rebounds and a block. The four-time NBA Most Valuable Player was efficient all-game long in 28 minutes, as he shot 10-for-12 from the field, 4-for-5 from the three-point region, and 6-for-8 from the foul line. The superstar forward said that they are making a conscious effort to improve their shooting after a slow start in the bubble.

"We want to get better every game," James said after the game. "We're seeing things that we can do better. The most important thing we've done in this series is we've taken our in-between games film sessions, our meetings and we’ve applied it to that next day."

Anthony Davis, who only played in the first half after sustaining back spasms, finished with 18 points on top of five rebounds and five assists in 18 minutes. Kyle Kuzma made an impact off the bench with 18 points, while Dwight Howard chipped in 13 points and eight rebounds. Danny Green had his best game in the series with 14 points on 5-for-8 shooting with three three-pointers, while Kentavious Caldwell-Pope added 12 points for the Lakers.

On the other hand, Jusuf Nurkic led the Trail Blazers with 20 points and 13 rebounds to go along with four assists, while CJ McCollum added 18 points and five rebounds. Carmelo Anthony ended up with 16 points, while Damian Lillard was limited to 11 points before he exited out of the game in the third quarter with a knee injury.

The Trail Blazers will look to extend the series when they collide again in Game 5 on Wednesday. Lillard was already ruled out of Game 5 due to a sprained knee. But even before Lillard's status was confirmed, Trail Blazers head coach Terry Stotts admitted that they are now in a very tough situation, although he pointed out that they will not go down without giving a fight.

"You're down 1-3, it's a tough position against a good team," Stotts said via ESPN. "We'll regroup, it's one game at a time. You can break out all the clichés, but we know what we're up against when you're down to a good team 3-1, so we've got to battle."

The Oklahoma City Thunder continue to surprise this season after scoring a come-from-behind 117-114 win over the Houston Rockets on Monday. The huge win helped the Thunder even the series after losing in the first two games of their first-round showdown with the Rockets.

Dennis Schroder had another huge game for the Thunder with 30 points off the bench, while Chris Paul was on target as well with 26 points and six rebounds to go along with three assists and three steals. Shai Gilgeous-Alexander had a double-double with 18 points and 12 rebounds, while Steven Adams posted 12 points and eight rebounds for the Thunder, who were considered as heavy underdogs heading into the series.

The Rockets looked poise to take a comfortable 3-1 lead in the series after knocking down their first eight three-point attempts in the third period. Houston led by as much as 15 points in the quarter, but the Thunder kept on fighting back and managed to trim the lead down to one heading into the final 12 minutes. OKC kept their momentum in the final period, making big plays on both ends of the floor to complete their comeback.

"I always believe we can turn it around," Schroder said. "Just bring a little bit of  energy, get stops as a team, take the good shots and we'll be in good shape. We've been doing it all season."

Luguentz Dort also made a huge impact for the Thunder, as he continues to make life difficult for James Harden. Harden finished with 32 points but was limited to 11-for-25 from the field, 6-for-15 from the three-point region, and only had five free-throws. Dort's defensive effort earned praises from Paul and Thunder coach Billy Donovan.

"Lu was special," Paul said of the rookie guard via USA Today. "Lu was unbelievable how he accepts the challenge. He had to listen to me yelling at him all game about what to do. He’s just one of those guys that deserves to be here and I’m glad to see him having success."

"It’s a huge point of emphasis for us. We’re going to try to show our hands as much as possible, we’re trying to keep our body in front," Donovan said of defending well while also limiting their number of fouls. "Lu did a great job. He’s guarding obviously an incredible player. He’s not going to be 100 percent the whole time, and we’ve gotta be there to help him."

Eric Gordon had 23 points in 31 minutes for the Rockets, while Danuel House posted 21 points and six rebounds. Robert Covington scored 14 points and grabbed six boards, while PJ Tucker and Jeff Green added 11 and 10 points, respectively, for the Rockets, who shot 23-for-58 from beyond the arc while allowing the Thunder to tally an impressive 49 percent clip from the field.

"This game, we needed better individual defense," Gordon said via ESPN. "They  really had it going, and they just tried to spread us out and go one-on-one. We scored enough but they just continued to keep scoring and that was really the name of the game."

The Miami Heat advanced to the second round of the playoff after completing a sweep of the Indiana Pacers with a 99-87 win on Monday. Jimmy Butler was slowed down by a shoulder injury, but Bam Adebayo had a remarkable game with 14 points and 19 rebounds on top of six assists, a steal, and a block.

Goran Dragic was also on target with 23 points and five rebounds, while Tyler Herro was a huge spark off the bench with 16 points to go along with five rebounds and four assists. Kelly Olynyk and Jae Crowder finished with 11 and 10 points, respectively. Jimmy Butler had just six points in 23 minutes but earned nothing but praises from Heat head coach Erik Spoelstra for his decision to play despite hurting his shoulder in the first half.

"He has built up a resume of being able to play through various injuries and his toughness will never be questioned," Spoelstra, who got 38 points from his reserves, said of Butler via ESPN. "In the second half he gave us some really competitive minutes just gutting through it."

Myles Turner had a double-double for the Pacers with 22 points and 14 rebounds to go along with three blocks. Victor Oladipo filled the stat sheet with 25 points, eight rebounds, five assists, and five steals. TJ Warren ended up with 21 points, while Malcolm Brogdon chipped in 13 points and seven assists, but their efforts were not enough to avoid getting swept in the series.

The Heat will likely face the top-seeded Milwaukee Bucks in the second round of the playoff. The Bucks are now just a win away from advancing to the next round after running away with an easy 121-106 win over the Orlando Magic in Game 4 of their series on Monday.

Giannis Antetokounmpo led the Bucks with 31 points and 15 rebounds to go along with eight assists, while Khris Middleton also posted a double-double with 21 points and 10 rebounds. Wesley Matthews scored 12 points, while Brook Lopez and Kyle Korver contributed 10 points each for Milwaukee, who shot 49.5 percent from the field.

Milwaukee will try to close out the series in Game 5 on Wednesday. The Bucks are considered as heavy favorites to win the Eastern Conference title this season after finishing with a league-best 56-17 record during the pandemic-shortened regular season.