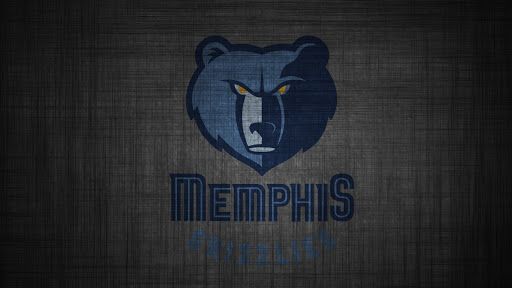 The Memphis Grizzlies managed to keep their hold on the eighth spot in the Western Conference playoff race after snapping their four-game losing skid. The Grizzlies cruised to a 121-92 win over the Oklahoma City Thunder on Friday in Orlando, Florida.

Jonas Valanciunas had a double-double with 19 points and 11 rebounds, while Dillon Brooks led the Grizzlies in scoring with 22 points on 10-for-18 shooting from the field. Leading Rookie of the Year candidate Ja Morant also had a solid night for the Grizzlies, tallying 19 points, nine assists, and four rebounds.

The Grizzlies finally score a win inside the NBA bubble. More importantly, the win helped them avoid falling to the ninth spot in the standings. Finishing eighth would give them a better chance of making the playoffs through the play-in round against the ninth seed.

"As a whole, we never doubted ourselves, doubted what we can accomplish as a  team," Morant said via ESPN. "But like, we all were very confident in our team and feel like tonight, we just went out and played freely and we were able to come out with a win."

The Thunder looked on their way to having an easy win after quickly building an 18-point lead in the first quarter. However, the Grizzlies quickly recovered in the second quarter, outscoring the Thunder by 15 points to take a three-point lead in the half. The lead ballooned to 17 points after the third quarter, and the Grizzlies never looked back en route to the important victory inside the bubble.

"They started making shots," said Thunder superstar Chris Paul, who led his team with 17 points on top of five assists and four steals. "We never really made them feel us all game long. They were just so comfortable. They got a little bit of everything. They got floaters, they got the threes, they got to the free-throw line."

The Thunder, who are easily the most surprising team this season, dropped to 42-26. They are currently fifth in the Western Conference playoff race and are just a game behind the fourth-place Houston Rockets.

Meanwhile, the Brooklyn Nets are now officially a playoff team for the second consecutive season after taking care of business on Friday. The Nets, who are playing without several players in the NBA Restart, leaned on a huge second quarter to score a 119-106 victory over the Sacramento Kings.

The Nets scored 39 points in the second quarter and limited the Kings to just 26 points. Brooklyn kept Sacramento at bay in the second half, overcoming several comeback attempts from the Kings. The Nets were already poised to clinch the playoff spot. A Washington Wizards loss would give them a free ride to the postseason, but they managed to do it on their own with a victory, which is a sweeter way of earning the ticket, according to coach Jacque Vaughn.

"It’s great to punch your own ticket into the playoffs," Vaughn said via New York Post. "I joked with the guys: I like my laundry being done, but nothing like doing your own laundry."

Caris LeVert paced the Nets with 22 points on top of seven assists, five rebounds, and three steals. Joe Harris finished with 21 points on an impressive 8-for-11 shooting from the field, including a 5-for-7 clip from beyond the arc. Jarrett Allen racked up 17 points and 11 rebounds, while Tyler Johnson and Chris Chiozza added 14 markers.

The playoff-clinching win came after they absorbed a 149-115 beating from the Boston Celtics. Johnson said that the way they played on Friday after the blowout is a sign of the team's maturation. The Nets are missing key players in the seeding games, including superstars Kevin Durant and Kyrie Irving.

"We’ve got good veteran leadership. We’ve got guys who don’t allow you to stay down on yourself," Johnson said. "We don’t sit around and feel bad for ourselves. It’s a telltale sign of a maturing team because when everything goes well it’s easy for everybody to be up. But we have a couple of rocky games and to turn around and play as well as we did, that feels good."

Bogdan Bogdanovic had a team-high 27 points for the Kings on 11-for-19 shooting, while DeAaron Fox racked up 21 points and seven assists. Buddy Hield scored 17 points off the bench, while Harrison Barnes finished with 16 points and six rebounds for the Kings, who are now unlikely to make the playoffs after dropping to 29-40.

Meanwhile, the Boston Celtics ran away with another blowout victory, tallying an impressive 122-100 win against the Toronto Raptors. The loss was Toronto's first in four games since the restart.

Jaylen Brown tallied 20 points and six rebounds, Jayson Tatum posted 18 points and seven boards, while Kemba Walker scored 17 points for the Celtics, who never trailed in the game. The Celtics led by as much as 40 points during the match and never looked back to win their season series against Toronto, 3-1.

Friday's match was also a possible preview of a second-round matchup in the Eastern Conference. While they dominated the Raptors in the bubble and won their season series, Stevens said that it will be a different story in the event they face each other again the playoffs, saying that the blowout win will not even be a factor.

"This game will mean nothing if we get that opportunity again," Stevens said via ESPN. "They're a really good team. I thought they missed a lot of open looks and it just wasn't their night. Our guys played well, but it won't mean anything in a couple of weeks."

Fred VanVleet led the Raptors with 13 points. Pascal Siakam, Kyle Lowry, Norman Powell, and Rondae Hollis-Jefferson tallied 11 points apiece, while Terrence Davis contributed 10 markers. The Raptors had a rough night from the distance, as they shot just 26.3 percent from beyond the arc.

San Antonio Spurs Remain in the Hunt for Playoff Spot

The San Antonio Spurs kept their dimming playoff hopes alive with a 119-111 win over the Utah Jazz. Derrick White scored 24 points and grabbed six rebounds for the Spurs, while Jakob Poeltl had his best game this season with 19 points and 10 rebounds on top of three blocks.

"I was a little more aggressive," said Poeltl, who is just averaging 5.5 points and 5.5 rebounds for the Spurs this season. "We knew they were going to stay out with our shooters, so there was a little more room in the paint for me to move around, so I got going early today."

Playing without superstars Donovan Mitchell and Rudy Gobert, the Jazz leaned on Jordan Clarkson, who finished with 24 points off the bench, while Tony Bradley racked up 15 points and 11 rebounds. The loss to the Spurs hurt Utah's chances of finishing fourth in the stacked Western Conference.

As for the Spurs, their playoff hopes remained alive, but it would all depend on the remaining games of the Memphis Grizzlies and the Portland Trail Blazers, who are currently holding the eighth and ninth spot in the West, respectively. With the way things are going out in the West, there is almost a certainty for a play-in for the final playoff ticket.

Orlando Magic Get Free Ride to the Playoffs

In the Eastern Conference, the Orlando Magic took the final ticket to the postseason despite absorbing a 108-101 loss to the Philadelphia 76ers on Friday. The Magic got some help from the New Orleans Pelicans, who eliminated the Washington Wizards from playoff contention with a 118-107 victory.

The Magic had a chance to advance to the postseason without needing assistance from the Pelicans, but they falter in the fourth period against the 76ers. After leading for almost the entire game, Orlando lost composure down the stretch, allowing the 76ers to escape with their 42nd win this season.

"It's frustrating because we led all the way through the third quarter and played really well, but it is difficult when you keep giving up second-chance points," said Magic star Nikola Vucevic, who had a double-double with 21 points and 12 rebounds."We just couldn't finish."

With the loss, the Magic are now just 1.5 games behind the Nets in the race for the seventh spot in the West. This means that Orlando is likely to finish eighth in the Eastern Conference standings, which will lead to a first-round playoff matchup against the league-leading Milwaukee Bucks.

As for the 76ers, they remained sixth in the East with their 42-27 record. However, the 76ers are facing a tough road ahead after losing Ben Simmons most likely for the entire season with a knee injury.

"It's hard to replace Ben," veteran 76ers forward Al Horford said of the possibility of playing without Simmons in their post-season run. "The way we look at it is we just have to step up more. We really don't know. We just hope he's able to get healthy quickly."