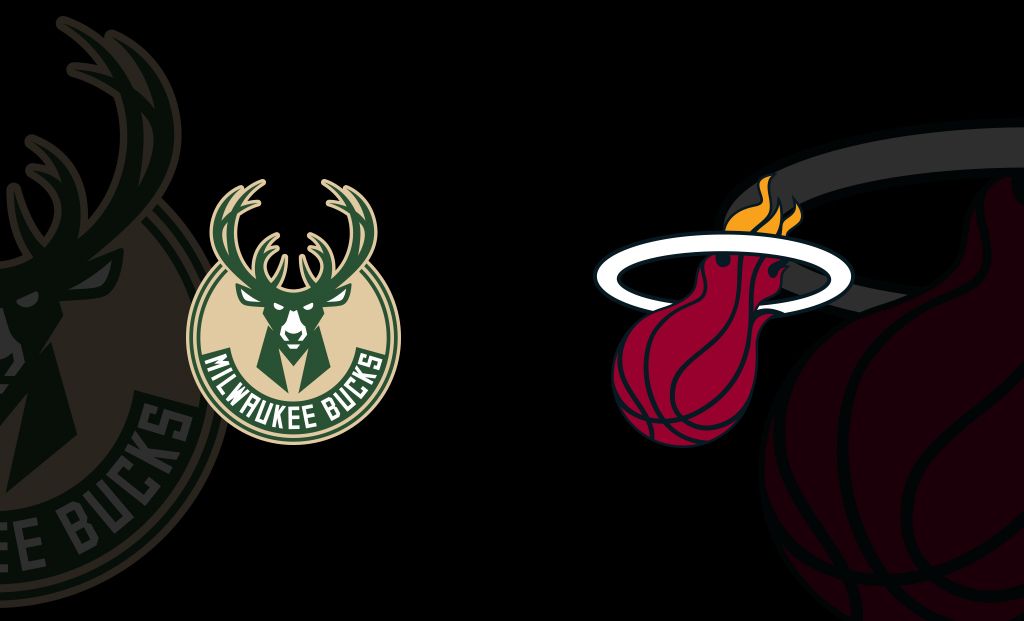 Heat clamps down on defense to defeat league-leading Bucks

The Miami Heat relied on their tremendous defensive performance as they once again defeated Giannis Antetokounmpo and the league-best Milwaukee Bucks, 105-89. All-Star big man Bam Adebayo led the charge for the Heat on both offense and defense. He locked down the reigning MVP on the defensive end, while tallying an all-around stat line of 14 points, 13 rebounds, 5 assists and 3 blocks. Jimmy Butler also stuffed the stat sheets with 18 points, 6 boards and 7 dimes, while veteran gunner Jae Crowder came off the bench to fire five triples on his way to 18 total markers.

It was another balanced offensive attack for Miami, who saw six players put up double digits in the scoring column. Yet, it was their masterful defense that made it very difficult for the Bucks to get going in the second half. With the Heat holding a precarious one-point lead after the first two quarters, they would then limit the Bucks to below the 20-point mark in each of the following quarters. Milwaukee only had seven successful makes from the three-point line, and committed 13 turnovers as a team.

With the win, the Heat ended Milwaukee’s six-game winning streak while also becoming the only team to defeat the Bucks twice this season. They also tightened their grip on the fourth seed in the Eastern Conference, maintaining a two-game advantage over the Indiana Pacers and the Philadelphia 76ers.

As for the Bucks, they sustained their 9th loss of the season. Head coach Mike Budenholzer acknowledged the Heat for playing great basketball, and also emphasized that his team was not just hitting good shots, as per Matt Velasquez of the Milwaukee Journal Sentinel.

"It was a tough game. The physicality and defensive activity from both teams was  very good. Credit to Miami, they played really well on both ends and made tough shots. It just wasn't our night. It was a slugfest, a lot of good defense."

Despite struggling with his shots as he made only six of his 18 field goal attempts and missed all of his four tries from deep, Antetokounmpo was still able to rack up a double-double performance of 13 points and 15 rebounds. However, the superstar forward also committed three turnovers, and was held to his lowest scoring output this season. After the game, he had heaps of praises towards Adebayo for putting on a tough defensive stand on him.

"It was good. A lot of energy coming from Bam. Runs the floor. Plays hard. You always respect him, respect his toughness. It was a great experience to have him on my team in the All-Star Game.”

Veteran 3-and-D guard Wesley Matthews, who also struggled as he missed all of his four three-point attempts, took the time to credit the Heat’s performance. Matthews added that the discrepancy in three-point hits spelled doom for his team.

"Credit them, they play hard on both ends of the court, a tough-minded team, tough- minded leaders, tough-minded players. Sometimes the ball doesn’t bounce your way, shots don’t fall. …

(Eighteen) threes given up and they scored 105 -- the defensive effort was there. How many threes did we miss? (Twenty seven.) Tough to win a game that way."

The Bucks still stand atop the whole league with a stellar 52-9 record. They will try to bounce back from this tough outing when they go back home to host All-Star big man Domantas Sabonis and the 5th-seeded Indiana Pacers on Wednesday.

Behind a great scoring performance from their prized rookie, the New York Knicks pull off a thrilling 125-123 upset victory over James Harden and the visiting Houston Rockets. Rookie scorer RJ Barrett was impressive tonight as he finished with 27 points, 5 rebounds and 5 assists, including the crucial bucket that gave the Knicks a three-point lead with seven seconds left on the clock. Julius Randle imposed his presence inside as he amassed a double-double night of 16 points and 16 boards, while veterans Wayne Ellington and Bobby Portis each contributed 15 markers off the bench. Sophomore center Mitchell Robinson was also a key cog in the second unit as he tallied 12 points and 13 rebounds.

The Madison Square Garden was up and rocking in the first half as their home team built a 21-point lead in the second quarter. The Rockets managed to chop it down but the Knicks still had a double-digit advantage as the game hit its mid-way point. New York still had an 11-point lead entering the final frame, but a Robert Covington three-pointer capped a Rockets run that trimmed the Knicks’ lead to just two points.

Then the Knicks managed to again increase their lead to 116-106, before Harden went on a personal 6-0 run highlighted by an important trifecta from the top of the key. A thunderous dunk from Russell Westbrook chopped the Knicks’ lead to just two with a little over a minute remaining in the fourth quarter. New York answered with a made free throw, while Westbrook followed it up with another tough lay-up as the score read 122-121 in favor of the Knicks.

That was when New York turned to their lefty rookie as Barrett drove down the lane and delivered a dagger lay-up over Houston’s defensive ace P.J. Tucker. Westbrook tried to extend the game to an overtime period but his mid-range jumper clanked off the rim as the Knicks earned their 19th win in thrilling fashion.

Knicks interim head coach Mike Miller deflected the credit to Barrett, who he describes as a very confident player, as per Marc Berman of the New York Post.

“From the time we started working with him in Las Vegas since summer league, he’s never wavered his confidence. He wants to make plays. He has that in him. Some guys don’t. He does. He doesn’t worry about the last play.’’

But it was not just people within the Knicks squad who had praises for Barrett. Harden, a former NBA MVP, didn’t fail to take notice of how aggressive and confident the 19-year old rookie is.

“Aggressive. I like it, especially as a rookie. He’s not timid at all. When you’re aggressive and confident in your game, you look good out there. [I want] him to continue to build his confidence and keep being aggressive, which he will, to be great.’’

Harden led the Rockets with a game-high 35 points, and also tallied 8 assists, 4 steals and made all of his 16 trips to the free throw line. Westbrook came through with 24 points and 9 boards, while Covington produced a double-double performance of 20 points, 13 rebounds and six hits from beyond the arc. Danuel House Jr also chipped in 20 markers in the tough loss.

This was a bad start to the Rockets’ March schedule as they drop to a 39-21 record, although they are still holding a one-game advantage over the 5th-seeded Utah Jazz. Harden, Westbrook and the small-ball Rockets will have two days to rest and regroup before they go back to host Kawhi Leonard and the powerhouse Los Angeles Clippers squad on Thursday.