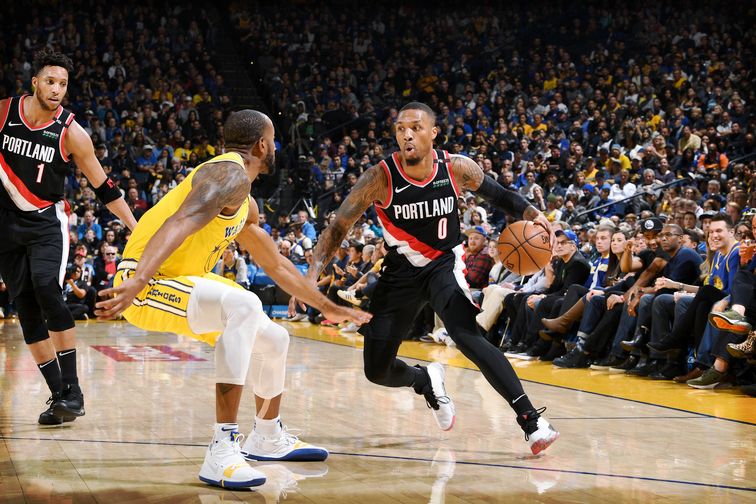 The Brooklyn Nets had to escape a gallant stand from the Cleveland Cavaliers as D’Angelo Russell and company hacked out a 148-139 3OT victory in Cleveland. Russell, who had a cold shooting streak to start the game, finished with 36 points, 8 assists and 7 rebounds, doing a lot of his damage at the latter part of the night. Clutch baskets after clutch baskets characterized the contest as the Nets and Cavaliers battled it out in three extended periods. The Nets showed enough composure at the end as Russell finally put the Cavaliers away with a deep three-pointer near the top of the key. Small forward Joe Harris, who will be participating in the All-Star Weekend’s Three-Point Shootout, tallied 25 points for the Nets while DeMarre Carroll chipped in 18 points, including some crucial shots in overtime.

Cavaliers spitfire guard Jordan Clarkson had a game-high 42 points, on top of 8 rebounds and 5 assists as he and Russell, both ex-Laker players, exchanged difficult shots at both ends of the floor. Rookie point guard Collin Sexton contributed 24 points and 6 rebounds in the loss. With the win, the Nets improve to a 30-29 record before the All-Star break, good for 6th place in the Eastern Conference.

Nikola Jokic and the Denver Nuggets displayed elite composure as they earned a close-call 120-118 win over the visiting Sacramento Kings. Jokic had another massive triple-double, finishing with 20 points, 18 rebounds and 11 assists, including a last-gasp tip-in that put the Nuggets up by two with only 0.08 seconds remaining on the clock. The Kings then drew up an inbound play for shooting guard Buddy Hield as his heave from beyond the arc looked straight but missed the hoop. Paul Millsap topscored for the Nuggets with 25 points and 13 boards, while Malik Beasley chipped in 21 markers of his own. The Nuggets also got a boost from point guard Isaiah Thomas, who debuted for the team with 8 points on two makes from three-point territory.

Hield led the Kings with 25 points and 5 rebounds, while recently-acquired forward Harrison Barnes scored 19 points and grabbed 11 boards in the disappointing loss. The Nuggets have improved to a 39-18 record, while the Kings fell to 30-27 but still hold the 8th spot in the West.

Without superstar forward Kawhi Leonard on the floor, the Toronto Raptors turned to budding star Pascal Siakam as they turned back the Washington Wizards with a hard-earned 129-120 victory. Siakam, one of the most improved players in the league today, poured in a career-high 44 points, and also grabbed 10 rebounds and blocked 3 shots in the win. OG Anunoby, another promising forward for the Raptors, also had a career-high of 22 points, while All-Star point guard Kyle Lowry completed a double-double of 14 points and 13 assists. Leonard, who was dealing with a sore knee, did not play, forcing Siakam to be Toronto’s first scoring option during the game.

In a game highlighted by heated altercations and a Steve Kerr-ejection, the Portland Trail Blazers came out on top, defeating the Golden State Warriors with a resounding 129-107 win. Star point guard Damian Lillard produced 29 points and 8 assists in the victory, while Jake Layman came off the bench to chip in 17 points for the Blazers. Portland clamped down on defense in the final period, limiting the offense-powerhouse Warriors to just 12 points in the quarter. The game also saw Blazers young center Zach Collins and Warriors All-Star guard Klay Thompson jawing at each other, while Golden State head coach Steve Kerr got thrown out after confronting the referee for a flagrant foul call on Draymond Green.

All-Stars Kevin Durant and Stephen Curry tallied 32 points apiece, but Klay struggled from the floor, making only two of his sixteen shots. The loss snapped the defending champs’ five-game winning streak, while the Blazers bounced back from consecutive losses to the Dallas Mavericks and the Oklahoma City Thunder.