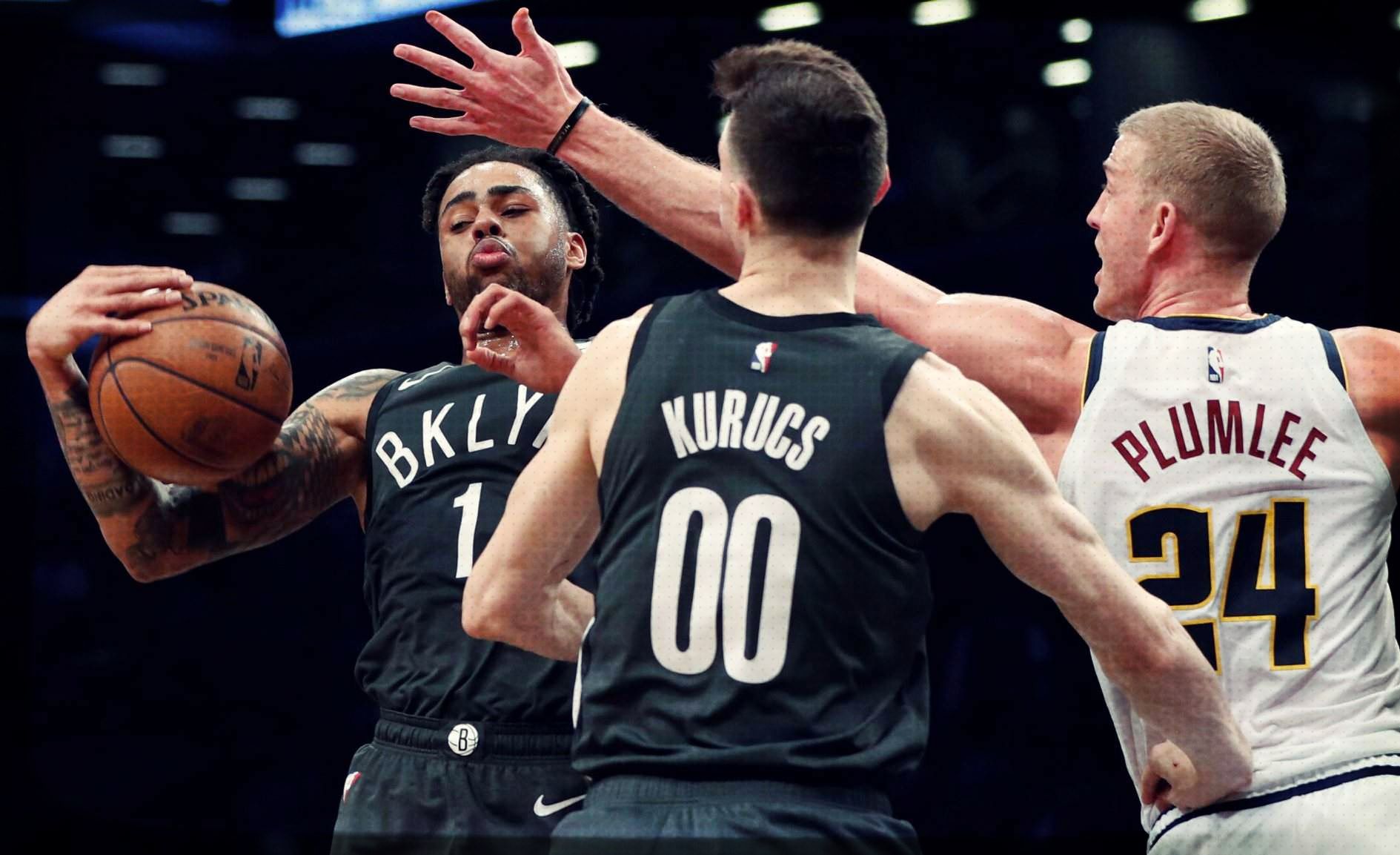 D’Angelo Russell put on quite a show yet again as the Brooklyn Nets survive a comeback rally from the Denver Nuggets to hack out a close 135-130 victory. Russell poured in an all-around performance of 27 points, 11 assists and 6 rebounds in the win, while veteran forward DeMarre Carroll came off the bench to chip in 18 points, 10 boards, 6 dishes and 4 steals. The Nets appeared to be heading towards a blow-out victory as they held a 20-point lead with only ten minutes remaining in regulation. But the Nuggets would uncork a 43-point fourth quarter, trimming the deficit to just six with a Jamal Murray pull-up in the waning seconds of the period. Fortunately for Brooklyn, they created enough cushion to hold off the comeback as Denver failed to complete the comeback.

Jokic finished with another triple-double of 25 points, 14 boards and 10 assists for the Nuggets, while frontcourt partner Mason Plumlee contributed 24 points, 6 rebounds and 3 blocks. The Nuggets have now lost two straight games, while the Nets arrest their three-game skid with this much-needed win.

Giannis Antetokounmpo and the Milwaukee Bucks dominate right from the get-go as they annihilated the Washington Wizards with a 148-129 drubbing. Antetokounmpo impressed with 43 points, 6 boards, 4 assists, 3 steals and a perfect 3-3 clip from beyond the arc. Point guard Eric Bledsoe, one of the All-Star snubs this season, tallied 22 points, 11 assists and 6 rebounds. The Bucks went off a fiery start with 50 points in the first period, as they shot the lights out from deep, making nineteen three-pointers in a very high percentage.

All-Star shooting guard Bradley Beal topscored for the Wizards with 30 points, 8 rebounds and 4 assists, but committed 8 turnovers in the loss. Young budding center Thomas Bryant scattered 26 points and 14 boards as the Wizards absorbed their third consecutive defeat. The Bucks are now on a five-game winning streak, remaining firm with their hold on the East’s top spot with a 40-13 record.

The star-loaded Golden State Warriors were too much for the undermanned San Antonio Spurs as the defending champs stomped their class with a resounding 141-102 victory. All-Star shooting guard Klay Thompson led the Warriors with a game-high 26 points and 6 assists, while Kevin Durant flirted with a triple-double to finish with 23 markers, 9 dishes and 8 boards. The Warriors put the game away for good with a brilliant 49-point showing in the third period as they took advantage of a Spurs squad playing without LaMarcus Aldridge and DeMar DeRozan. DeMarcus Cousins had another efficient game with 15 points, 6 rebounds, 3 assists and 2 blocks.

Patty Mills led the Spurs with 16 points and 4 assists as the Spurs sustained their second straight defeat after losing to the Sacramento Kings a couple of nights ago. With the win, the Warriors have now won thirteen of their last fourteen games, and remains in the West’s top spot with a 38-15 win-loss card.