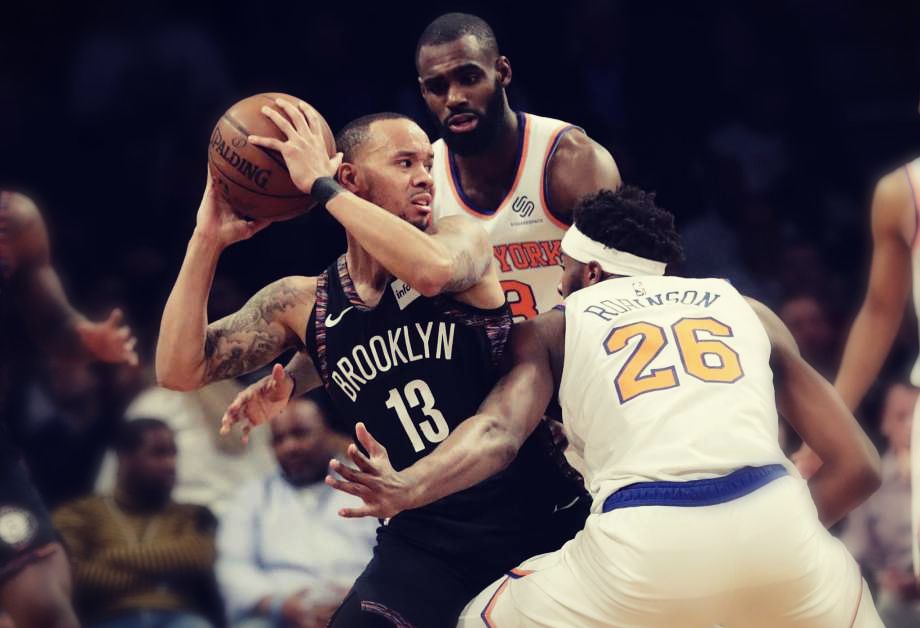 Nets turn back Knicks in battle of New York rivals

The New York Knicks were able to hold D’Angelo Russell to only 12 points, but the Brooklyn Nets still hacked out a 109-99 victory over their city rivals. Nets power forward Ed Davis came off the bench to amass a double-double of 17 points and 16 boards, while shooting guard Theo Pinson scored a career-high 19 points and grabbed 8 rebounds. Without Spencer Dinwiddie, who was nursing a thumb injury, the Nets looked up to Russell to carry most of the offensive workload. However, he was hounded by foul trouble throughout the game, only logging in 23 minutes of play and 12 points.

Spitfire point guard Trey Burke, whose name recently floated in trade rumors, led the charge for the visiting Knicks with 25 markers and 5 assists. Center Noah Vonleh had 22 points and 13 boards in the loss.

Leading MVP candidate James Harden didn’t have to score another 40-point outing this time as the Houston Rockets used a balanced offensive attack to turn back the Toronto Raptors, 121-119. Harden still had a solid night of 35 points and 7 assists, while Eric Gordon scattered 24 markers in the win. Kenneth Faried, the newest Rocket in the team, had another impressive night of 21 points, 14 rebounds and 2 blocks. The Rockets seemed to have the game under control as they led by 12 with a little over a minute left in the game. The Raptors would then unleash three consecutive three-pointers, trimming the deficit to two and had the chance to either force overtime or win the game. However, Kawhi Leonard’s three-pointer over the outstretched arms of Harden never hit the rim.

Leonard topscored for Toronto with 32 markers, 7 boards and 5 assists, while Pascal Siakam had 22 points and 12 rebounds. News have also surfaced that the undermanned Rockets will get a much-needed reinforcement as All-Star point guard Chris Paul will be returning from an injury.

Doncic’s brilliance again on display in Mavs’ win over Pistons

The rookie wonder kid did it again as Luka Doncic filled the stat sheet to lift the Dallas Mavericks to a 106-101 victory over the Detroit Pistons. Doncic came up with 32 points, 8 boards and 8 assists, while returning backcourt partner Dennis Smith Jr racked up 19 points and 5 dishes. The game was close throughout the night, before the Mavericks clamped down on defense as highlighted by power forward Maxi Kleber’s block on Pistons center Andre Drummond.

Blake Griffin produced an outstanding all-around performance of his own with 35 points, 7 boards and 4 assists. Drummond, another player being rumoured to be on the trading block, completed a double-double of 23 points and 15 rebounds.

Donovan Mitchell and the Utah Jazz showed enough composure to hold off a late rally from the Minnesota Timberwolves and win the game, 106-102. The Jazz was in cruise control, holding an 85-62 lead with only a minute left in the third period. The Wolves then fought back, going on an impressive 35-14 run to trim the deficit to just two points with two minutes remaining in the fourth quarter. But the Jazz did just enough to take the win as Minnesota failed to capitalize on a chance to tie the game in the waning seconds. Mitchell topscored for the Jazz with 24 points, 11 assists and 7 boards, while Rudy Gobert dominated on the inside with 18 markers, 16 rebounds and 4 blocks.

Karl Anthony-Towns led the Wolves’ fightback with 33 points, 10 rebounds and 3 rejections, while Andrew Wiggins chipped in 21 markers and 11 boards. The Jazz has now won ten of their last twelve games.