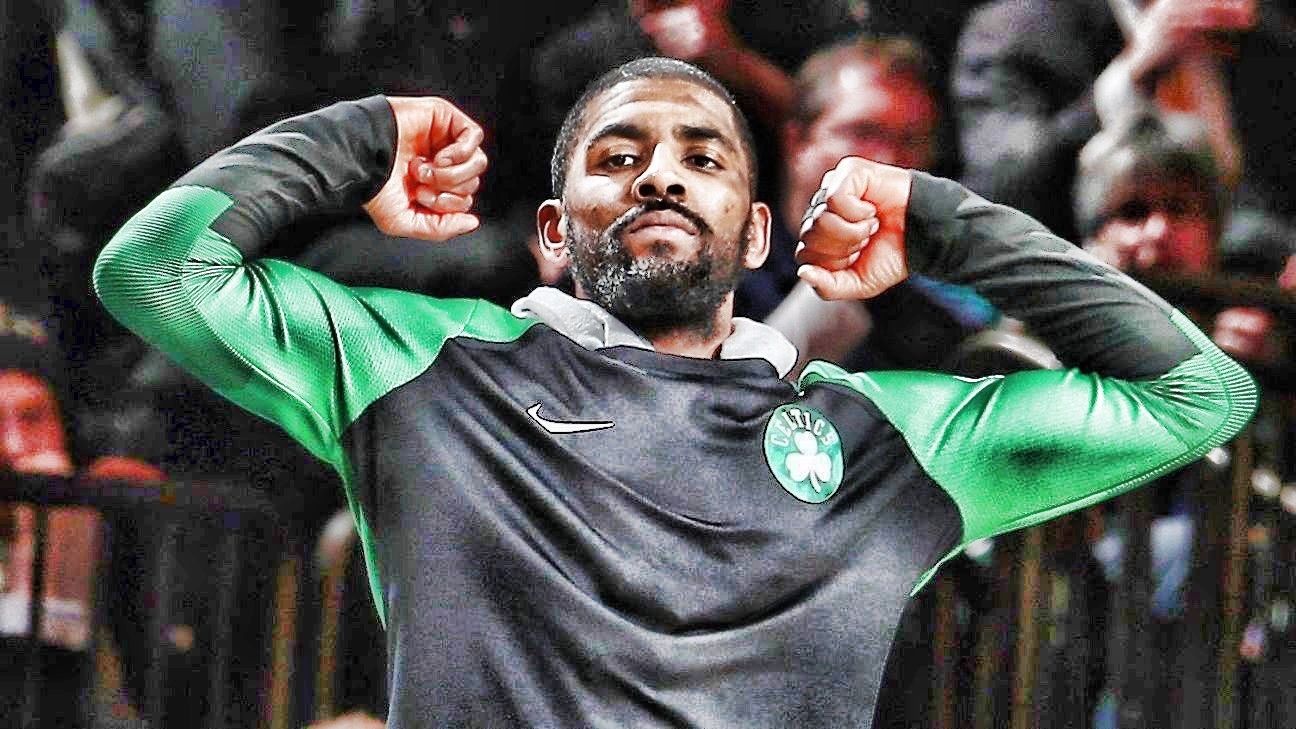 Kyrie Irving and the Boston Celtics didn’t have to sweat that much as they made easy work of the New York Knicks, winning the contest 113-99. Irving led the way for the Celtics, finishing with 23 points, 10 rebounds and 6 assists, while Marcus Morris chipped in 18 markers in the win. Still reeling from the heartbreak of the Kristaps Porzingis trade, Knicks fans at the Madison Square Garden gave Kyrie a round of applause when he was introduced before the game, and then chanted ‘We Want Kyrie’ during the third quarter. Irving is one of the Knicks’ main targets in the impending free agency class.

Combo guard Damyean Dotson tallied 22 points and 6 rebounds for the Knicks, while rookie forward Kevin Knox scattered 21 of his own. The Celtics are now on a three-game winning streak, winning eight of their last nine games.

It was Paul George who turned up the heat in South Beach as the Oklahoma City Thunder soundly defeated the Miami Heat, 118-102. George, who was named as an All-Star starter this season, impressed with 43 points, 7 rebounds, 5 assists, 2 steals and a career-high of 10 three-pointers made. Star point guard Russell Westbrook completed yet another triple-double of 14 points, 14 assists and 12 rebounds in the win. The Thunder used a hot-shooting first half performance, earning them enough cushion to hold off any comeback attempts from the home team.

Kelly Olynyk came off the bench to topscore for the Heat with 21 points. Hassan Whiteside had one of his most efficient performances this season with 12 points and 16 boards, but only played 19 minutes in the loss. The Heat has now lost six of their previous nine games, including an embarrassing blow-out loss at the hands of the bottom-dwelling Chicago Bulls in their last assignment.

After giving up 43 points to the Houston Rockets in the opening quarter, the Denver Nuggets woke up on offense and clamped down on defense as they dominated the visiting Rockets, 136-122. All-Star center Nikola Jokic provided a steady presence throughout the night, flirting with a triple-double of 31 markers, 13 boards and 9 assists. Shooting guard Malik Beasley stepped up in the absence of both Jamal Murray and Gary Harris, finishing with a career-high of 35 points, making five of his nine attempts from beyond the arc. The Nuggets looked lazy on defense in the first period, but bounced back in the second quarter, exploding for 48 points and limiting the Rockets to just 28. Denver never looked back from there.

James Harden continued his 30-point scoring streak with 30 markers and 9 dishes in the loss. Kenneth Faried tallied 23 points, while point guard Chris Paul displayed his usual efficiency of 20 points, 6 assists and just 1 turnover. The Rockets have now lost two straight games after an upset loss at the hands of the Anthony Davis-less New Orleans Pelicans.