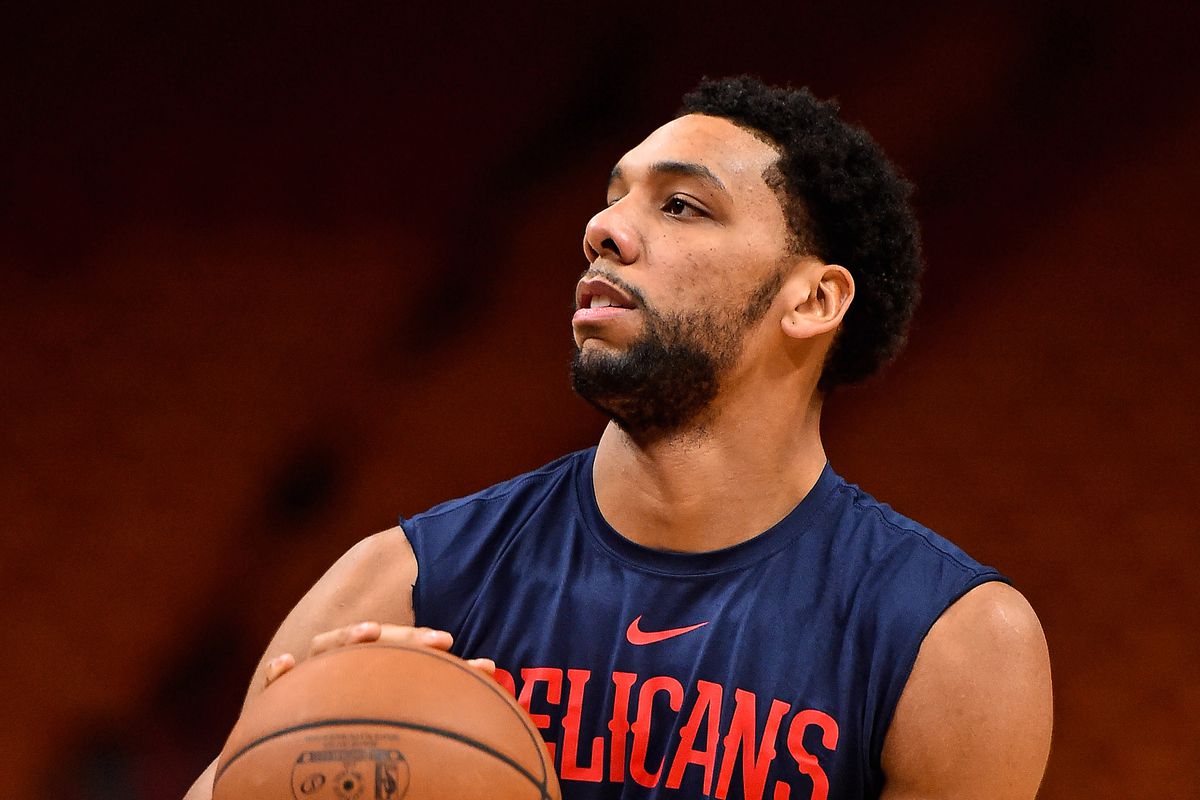 Despite coming in heavily short-handed, the New Orleans Pelicans still managed to defeat the Detroit Pistons in overtime, 117-110. Jahlil Okafor, once a highly-regarded prospect in the NBA, proved that he still has the potential to be an effective big man in the league. Okafor led the way for the Pelicans with a massive double-double of 25 points, 14 rebounds, 5 assists and 3 blocks. Lonzo Ball, who has been playing the best string of games of his young career, flirted with a triple-double line as he amassed 17 points, 12 boards, 9 dimes and 3 steals.

It is crazy to think how this Pelicans squad willed themselves to a win despite the fact that five of their projected starters before the season were down with injuries. Prized rookie forward Zion Williamson is still recovering from his knee injury, while Jrue Holiday, JJ Redick, Brandon Ingram and Derrick Favors also sat out with respective injuries. After the first three quarters, it even looked like the Pelicans were about to cruise to a victory. They held a 12-point lead entering the final frame, but the Pistons would storm back and force an overtime period. Fortunately, the young Pelicans squad showed composure in the extra period and came away with their 15th victory of the season.

Pelicans head coach Alvin Gentry credited his young players for grabbing the opportunity to step out to the spotlight and perform well under pressure, as per Jim Eichenhofer of NBA.com.

"They did and we talked about that right before we left the locker room. We said that over the course of the NBA season, you're going to get an opportunity at some stage and the big question is will you take advantage of that opportunity when it's there,  and I thought everybody that we put in the game [did]. I thought Nicolo (Melli) did a great job of just taking what was there for him, making shots and making big plays, holding onto the ball when we needed the free throws at the end because he was our best free throw shooter on the floor. But, when you talk about team win and a team effort, I just thought this was a just a great team effort.”

But it was Okafor who stole the limelight in this morale-boosting win for New Orleans. Once a highly-touted rookie in 2015, Okafor has battled through numerous injuries and saw himself bounce from one team to another. The 24-year old center drew his inspiration from his father, who made the trip to Detroit to watch his son play.

"I'm not sure, but Chicago is like a four-hour drive. Whenever we play in Detroit, he usually makes the trip. I couldn't hear him in the audience because I'm so used to hearing my dad in the crowd, but I know he's there. I saw him before the game and  gave him a hug. My dad's the best."

Derrick Rose topscored for the Pistons as he finished with an all-around outing of 23 points, 4 rebounds and 8 assists. Rookie Sekou Doumbouya chipped in 16 points and 8 boards, while Christian Wood came off the bench to contribute a near double-double performance of 18 points, 9 rebounds and 3 blocks.

But the most curious thing that happened in the game is the absence of Andre Drummond in the fourth quarter and the overtime period. The All-Star big man, who put up 11 points, 10 boards and 3 steals, has been on the trading block for some time now. Pistons head coach Dwane Casey didn’t put much emphasis on Drummond’s benching in regulation, as per Brad Galli of WXYZ Detroit.

"We all have to decide what's important, and if it's important to compete. Not only just Andre. It's everybody."

The Pistons now drop to a disappointing 14-27 record this season. They have now lost their third consecutive game, and will travel to Boston on Wednesday to face Kemba Walker and the powerhouse Celtics squad.

Brogdon, Warren team up as Pacers hold off Sixers

The Indiana Pacers again proved that they are here to seriously contend in the Eastern Conference as they hacked out a close-call 101-95 victory over the visiting Philadelphia 76ers. After missing the last five games, Malcolm Brogdon was instrumental in his return to the active line-up. The young combo guard showed his versatility as he tallied 21 points, 7 rebounds and 9 assists. Veteran swingman T.J. Warren was the Pacers’ key player in regulation as he finished with 21 markers, while the team’s frontcourt duo of Myles Turner and Domantas Sabonis chipped in double-double stat lines.

This win was a great test of character for the playoff-aspiring Pacers squad. They trailed the Sixers by nine points after the first half, but came out firing in the third quarter. They erased Philly’s advantage in that quarter, knotting the score as the game entered its last canto. After the hard-fought contest, Brogdon credited his teammates’ resiliency and trust in each other, as per Wheat Hotchkiss of Pacers.com.

The Sixers were again without their injured star center Joel Embiid in this game. Ben Simmons led their charge as he finished with a double-double performance of 24 points and 14 rebounds, while Josh Richardson continued his hot scoring streak with 23 markers in the loss. Tobias Harris put up 15 points and 11 boards, and Al Horford had an all-around outing of 10 points, 8 rebounds, 5 assists and 2 blocks.

It was another road loss for the Sixers, their sixth consecutive loss away from home. They also drop to the sixth seed in the conference as Pacers have now overtaken them in the standings. While the loss will indeed sting, Richardson still has a positive insight from the disappointing result, as per Keith Pompey of The Philadelphia Inquirer.

“We are together. It’s not no big crazy, big thing. Everybody is not happy about the loss. We are upset. But we are upset together.

So if there’s any positive you can take out of it, it’s that.”

Simmons and the Sixers will go back home on Wednesday to host Kyrie Irving and the Brooklyn Nets.

The Oklahoma City Thunder continues to roll as they banked on their young gun’s historic performance to defeat the Minnesota Timberwolves, 117-104. Shai Gilgeous-Alexander was absolutely phenomenal in the win, finishing with a monster triple-double stat line of 20 points, 20 rebounds and 10 assists. Stretch combo forward Danilo Gallinari topscored for the Thunder with 30 markers, while starting center Steven Adams contributed 13 points, 11 rebounds, 5 assists and 3 blocks.

Gilgeous-Alexander’s impressive outing gave him a seat in NBA history. As per ESPN Stats & Info, the 6-foot-6 point guard’s 20-20 performance is now written in the league’s history book.

“Shai Gilgeous-Alexander joins Russell Westbrook as the only guards with a 20-point, 20-rebound triple-double over the last 30 seasons.

He is also the youngest player in NBA history with a 20-rebound triple-double,  passing Shaquille O'Neal. (via @EliasSports)”

Rookie Naz Reid came off the bench to tally a team-high 20 markers for Minnesota. Robert Covington, one of the most speculated names on the trade circus, fired four treys on his way to 18 points. Point guard Shabazz Napier produced 16 points, 5 rebounds and 4 assists, while Andrew Wiggins had a very quiet offensive night of only 10 points.

The Wolves will try to bounce back from this loss when they face the Indiana Pacers on Wednesday.