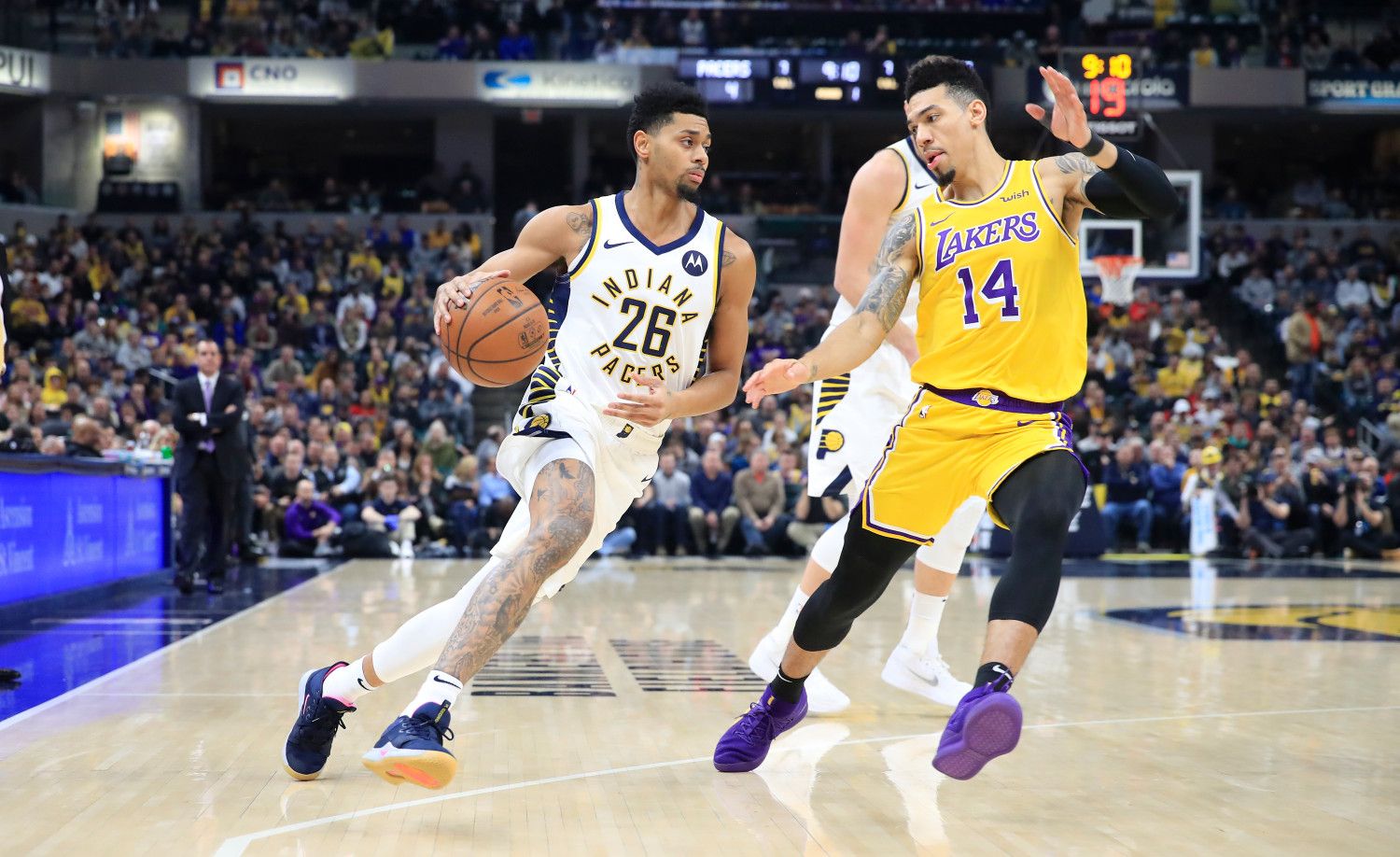 The Indiana Pacers proved yet again that they shouldn’t be overlooked as they defeated LeBron James and the visiting Los Angeles Lakers, 105-102. Domantas Sabonis topscored for Indy with a double-double performance of 26 points, 10 rebounds and 4 assists, while frontcourt partner Myles Turner had his imprints on both ends of the floor. Turner finished with 16 points, 7 boards, 2 steals and 2 blocks, including three makes from three-point territory.

It was a see-saw kind of affair for both teams, with Lakers point guard Rajon Rondo missing a potential game-tying three-pointer at the game’s final possession. The win should be a testament to the Pacers’ status as a serious contender in the Eastern Conference. The Lakers may have been missing the services of their injured star big man Anthony Davis, but the Pacers also don’t have their main man Victor Oladipo. Indiana had six players producing double-digit points, including four of their starters.

After the hard-earned win, Turner issued a statement to the people who are still doubting them this season, per Nathan Brown of the Indianapolis Star.

“Shout-out to the real Indiana fans.

Y’all know the deal. Every year, it’s the same thing in Indiana. It doesn’t matter how many teams we beat, or how many wins we get. We’re going to be overlooked. I don’t  think anybody here has a problem with that. We’re just going to keep doing what we have to do and not falling into the traps of the politics.”

With Oladipo nearing his long-awaited return, this is indeed a morale-boosting victory for the Pacers. They are now sporting a 19-9 win-loss card, and have won their last four games.

As for the Lakers, this loss doesn’t take away how good they have been this season. Anthony Davis missed the game due to a minor ankle injury, but they still had tons of opportunities to escape Indy with a win. LeBron led the Lakers with a near triple-double stat line of 20 points, 9 rebounds and 9 assists. But the vintage performance of Dwight Howard stole the spotlight for the Lakers. He amassed 20 points on a perfect 10-10 clip from the field, while adding 6 boards and 2 blocks.

James expressed his remorse on their execution during the last play. But the four-time MVP is not bent on having his head down in light of the end of their 14-game winning streak, as per ESPN’s Dave McMenamin.

Throughout the winning streak we was able to keep our composure throughout adversity. Up or down, still being able to make a game out of it."

Veteran combo guard Avery Bradley tallied 13 markers off the bench, while back-up point guard Alex Caruso produced 11 points, 4 boards, 3 dimes and 2 steals. The Lakers will travel to Milwaukee for a powerhouse match-up against Giannis Antetokounmpo and the East-leading Bucks on Thursday. Both the Bucks and the Lakers are sporting identical 24-4 records this season.

Fueled by their hot-shooting offensive performance, the New York Knicks drubbed the Atlanta Hawks with a massive 143-120 beatdown. The home team saw three of their players crack the 20-point mark with prized rookie forward RJ Barrett leading the way. Barrett netted 27 markers, while veteran stretch forward Marcus Morris finished with 22 points on three hits from beyond the arc. Sophomore big man Mitchell Robinson showed out on both ends of the floor as he amassed a double-double night of 22 points, 13 boards, and 2 rejections.

The Knicks were very efficient in their offense, hitting a very solid 56% clip from the field while making 13 three-pointers. They moved the ball well, finishing with 30 assists as a team while only committing 7 turnovers the whole game. The Knicks have now won three of their last four games, a good turnaround for a very miserable start to the year.

Morris, who has been one of the widely-speculated names on the trade rumors, says that the squad still has the playoffs on their radar, as per Marc Berman of the New York Post.

“I’m not going to say we’re going to make the playoffs, but that’s what we’re fighting toward. If we continue to play like this and pull together, we have a great shot to do it. The last few games we’re really putting our foot on the gas.’’

One of the many bright spots in this win was the contribution of the high-flying point guard Dennis Smith Jr. Smith has been logging in the least minutes per game of his young career this season. But the 22-year old guard showed off his full repertoire, finishing with 8 points, 5 boards and 5 assists in just 12 minutes of play. Knicks interim head coach Mike Miller credited Smith for steadying the ship in the opening quarter.

“He was terrific. The speed he came in [with] and brought at the end of the first and second, the plays he was able to make and the pressure he put on the defense was great for us.”

On the other side of the coin, the struggles are still piling up for the Hawks. The loss at the hands of the Knicks places them at the bottom of the East with a lowly 6-22 record. Trae Young led the charge for the visiting team with a game-high 42 points and 8 assists, while firing eight treys. Rookie forward De’Andre Hunter chipped in 19 markers, while the 42-year old Vince Carter launched four treys on his way to 15 markers off the bench.

The Hawks will go back home on Thursday as they host Donovan Mitchell and the Utah Jazz for their next assignment. Reports have it that head coach Lloyd Pierce is now on the hot seat as the Hawks management pushes for a more competitive roster around the up-and-coming Trae Young.

The Los Angeles Clippers raced right out the gates at the opening quarter as they set the tone on their way to a 120-99 victory over the Phoenix Suns. Paul George topscored for the Clippers with 24 points, while his co-star Kawhi Leonard and sixth man Lou Williams tallied 20 markers apiece. Montrezl Harrell chipped in 15 points, and young big man Ivica Zubac netted 12 markers as the Clippers notched their 21st win of the 2019-20 season.

The win also avenged the Clippers’ loss to the Suns in their first match-up of the year. It was also a much-needed victory, especially with them coming off a shocking loss to the Chicago Bulls in their previous assignment. Veteran defensive stalwart Moe Harkless, who was acquired by the Clippers last summer, didn’t score a point but was excellent on defense with his four steals. He emphasized that the team has learned an important lesson from their previous loss against the Bulls, as per Andrew Greif of the Los Angeles Times.

“They came at us and, I thought we were ready for it, the road trip just kind of caught up with us. We gotta assert ourselves early in games and not give teams that confidence. No matter how we come into a game, we gotta be ready because we know the team on the other side is going to give us everything they got.”

The Suns, who played without their main scorer in Devin Booker, welcomed the return of Deandre Ayton. Ayton was slapped with a 25-game suspension by the league for violating anti-drug policies, but his suspension was lifted off today. Ayton immediately had his presence known, hacking out a double-double performance of 18 points and 12 rebounds. Kelly Oubre Jr topscored for them with 19 points and 3 steals, while Frank Kaminsky came off the bench to chip in all-around numbers of 12 points, 9 boards, 5 assists and 2 steals.