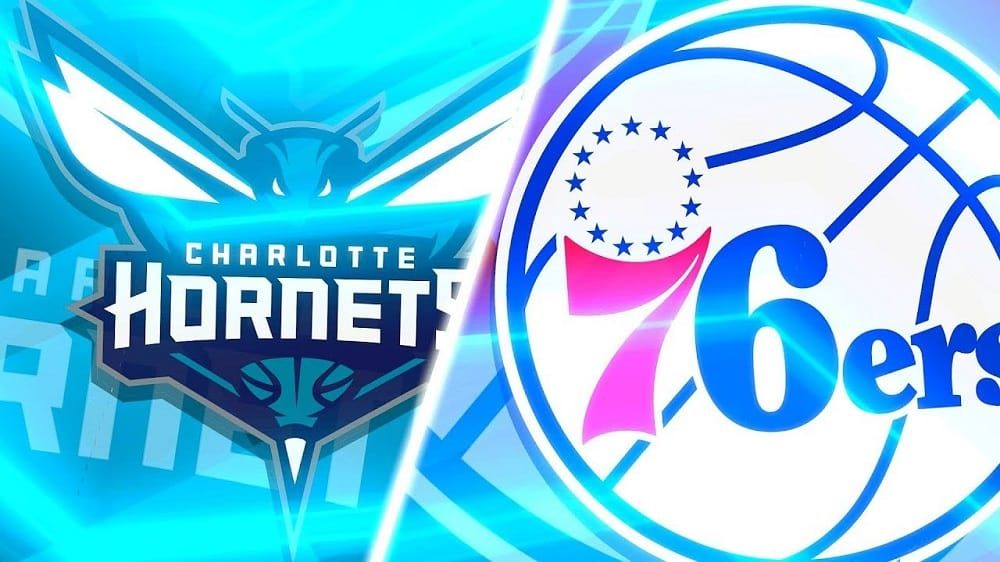 The Philadelphia 76ers remain on top of the Eastern Conference standings early in the 2020-21 NBA season after scoring their fifth win of the season. The 76ers had a hot shooting night en route to a 127-112 victory over the Charlotte Hornets on Saturday night at the Wells Fargo Center in Philadelphia.

The 76ers took control of the game in the opening half, where they built a 15-point lead after the first 24 minutes of the game. Philadelphia converted 12 three-pointers in the opening half and sustained their impressive shooting in the second half to finish 16-for-35 from beyond the arc. Overall, the 76ers shot 59.5 percent from the field to the delight of Philadelphia head coach Doc Rivers, who is having a great start in his first year in Philly.

"When we’re shooting the ball like that, we’re dangerous," Rivers said via USA Today. "We can every night, we have great shooters. It just requires [us] to get to the right spots and spacing. If we space right and just make the simple next pass, we’ll keep hitting those shots. Joel is a load to guard and teams every night have to make a choice. One on one with Joel, they’ll go help and open up our shooters. Those are two good options for us."

Tobias Harris led the way for the 76ers with a terrific all-around performance. The veteran forward finished with 24 points on 9-for-14 shooting from the field, including a 4-for-7 clip from beyond the arc, while also adding nine rebounds, six assists, four steals, and three blocks.

Seth Curry was also on target on Saturday night, tallying 21 points on 8-for-11 shooting from the field with three three-pointers to go along with six assists, a steal, and a block. Joel Embiid had a double-double with 19 points and 14 rebounds, while Shake Milton and Danny Green added 18 and 13 points, respectively, combining for six three-point conversions for the 76ers.

All-Star point guard Ben Simmons also had a field day, posting a triple-double with 15 points to go along with 12 rebounds and 11 assists. It was his first triple-double performance of the season, and the 24-year-old guard credited his team's excellent shooting night for his all-around contribution against the Hornets.

"It’s great," Simmons said of having teammates knocking down shots from beyond the arc. "I’m supposed to be able on the floor to find guys and make plays. To see those guys knocking those shots down and making me look good out there is great. They’re making my job easy when they do that."

With the win, the 76ers improved to 5-1 and are in solo first place in the East standings. Rivers said, though, that they still have a lot to work on, as he cited their performance in the second half. The veteran head coach felt that his team relaxed a bit in the second half, as proven by their 15 turnovers after the Hornets tightened their defense and played with a lot of sense of urgency in the hopes of making a big comeback.

"One thing they did do that I thought gave us problems in the second was they pressed us a little bit and we didn’t handle it as well as we should have," Rivers said of their performance in the second half. "A lot of our turnovers came, we had transition buckets where we’re going for lobs we’re going for, that’s a team with a big lead. That’s a dangerous way to play. We’ll watch that on film."

Terry Rozier led the Hornets with 35 points on an impressive 12-for-18 shooting from the field with seven three-pointers in 34 minutes. Gordon Hayward had 20 points, six rebounds, six assists, and four steals, while rookie point guard LaMelo Ball added 13 points and five assists for Charlotte, who dropped to 2-4 this season.

The Cleveland Cavaliers remain as one of the most surprising teams this season after snapping their two-game skid, which came after starting the season with three consecutive wins. The Cavaliers leaned on a big second half to escape with a 96-91 victory over the Atlanta Hawks on Saturday night at the State Farm Arena in Atlanta, Georgia.

The Hawks was sizzling early in the game, as they quickly built a 35-25 lead after the first period and were still ahead by 12 points at the half. However, the Cavaliers looked like a different team in the second half, outplaying the Hawks in both quarters en route to the victory. Cavaliers head coach JB Bickerstaff said that his players knew what to do after the break.

Collin Sexton had another solid performance for the Cavaliers, as he took charge for his team offensively to lead the comeback. The third-year guard finished with 27 points on 10-for-18 shooting from the field on top of three assists and three steals. Sexton hit a go-ahead three-pointer with 27.9 seconds left in the game to give the Cavaliers a 91-88 lead, and also converted four crucial free throws down the stretch to seal the win.

"He’s a walking bucket," Bickerstaff said of Sexton. "There are certain people who have a knack for putting the ball in the basket all sorts of ways. The kid is not afraid of the biggest moments. When we needed a basket, he went and manufactured a basket, and that’s a unique skill. We ought to praise that skill because it helps you on nights like this. We were struggling from the field, having a hard time scoring, guys are scrapping and fighting, but we couldn’t get it going on the offensive end so it was great to have a weapon like that that can go get a bucket on demand."

The Toronto Raptors continue to struggle this season, as they absorbed their fourth loss of the season in five games. The New Orleans Pelicans showed resiliency in the fourth quarter to score a hard-earned 120-116 win over the Toronto Raptors at the Smoothie King Center in New Orleans, Louisiana.

Steven Adams also had a double-double with 13 points and 10 rebounds on top of two steals, while Lonzo Ball ended up with 13 points and four assists. Josh Hart had an efficient night off the bench with nine points and eight rebounds for the Pelicans, who improved to 4-2 this season.

New Orleans looked headed to comfortable win when they built a 12-point lead with 8:30 left to play in the game. However, the Raptors unleashed a huge rally to take a 113-111 lead with 2:47 to go in the game. The Pelicans managed to answer with a run of their own, as Ingram and Bledsoe teamed up to score their team's final nine points of the game to take the victory.

Fred VanVleet paced the Raptors with 27 points on top of eight rebounds and five assists, while Chris Boucher racked up 24 points and five boards off the bench. OG Anunoby tallied 17 points and seven rebounds, while Kyle Lowry contributed 16 points to go along with eight assists and six rebounds.

Pascal Siakam struggled against the Pelicans, tallying just 10 points and four rebounds, as the Raptors dropped to 1-4 this season. But despite taking another loss, Siakam feels that it is not yet time to push the panic button, expressing confidence about their ability to bounce back from their slow start.

"Once we start winning some games and get a lot of minutes -- good minutes -- together as a team playing solid defense, and getting stops, and running, and things like that, you know, it’ll get back to normal," Siakam said via ESPN. "I just think that the  game is focusing on little things and continuing to get better as a team and an individual."