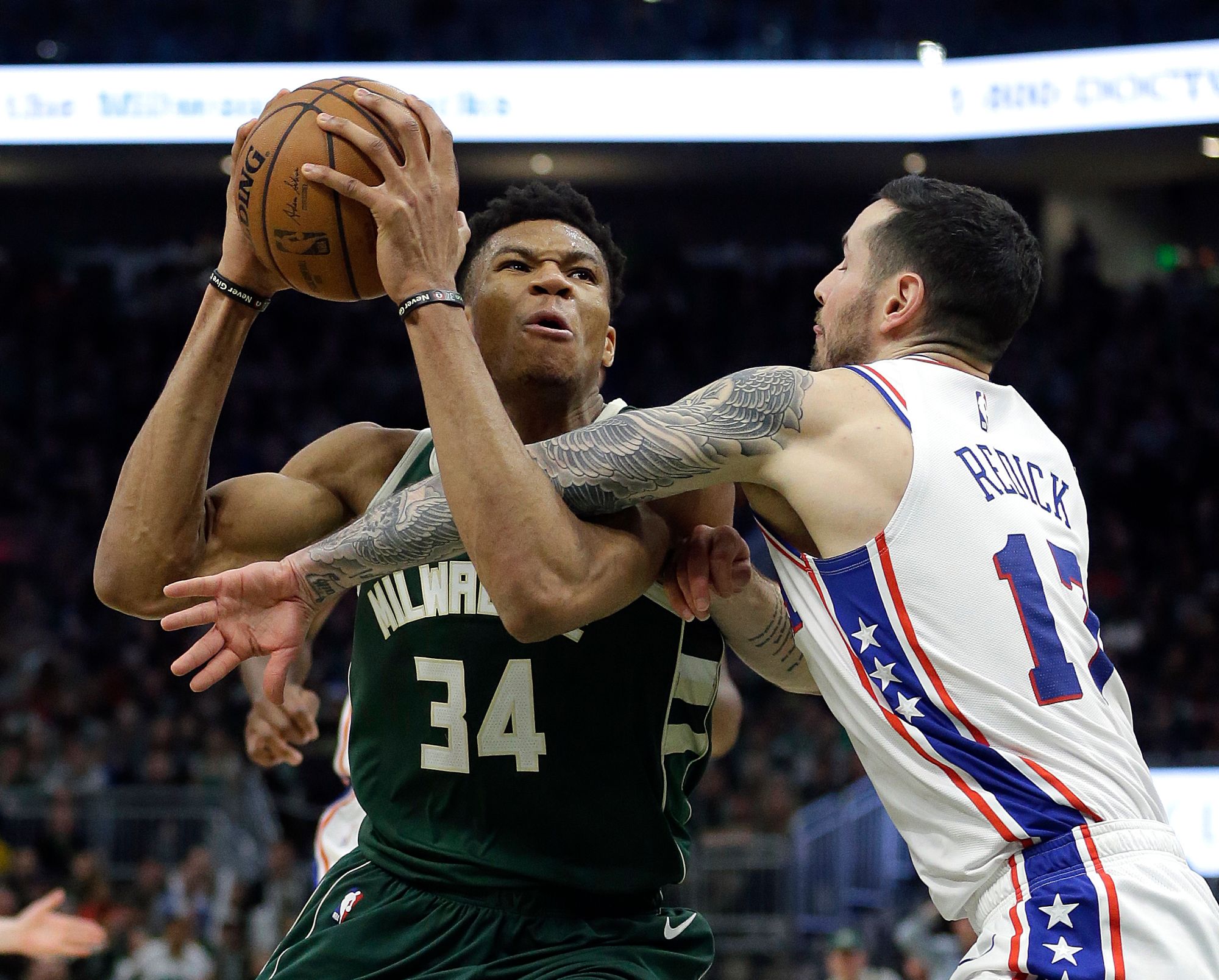 The bottom-dwelling New York Knicks got a timely defensive play from Mario Hezonja as they prevail over the Los Angeles Lakers with a nail-biting 124-123 victory. Hezonja, who put up 17 points and 8 rebounds, came through with the winning play as he stuffed a fall-away jumper by LeBron James in the game’s final possession. Point guard Emmanuel Mudiay led the charge for the home team as he finished with 28 points and 8 assists, while shooting guard Damyean Dotson chipped in 25 markers. The Knicks raced to a stellar 41-point first quarter to have enough cushion in holding off the visiting Lakers at the crucial stretch. It was arguably one of the most efficient nights of New York as they shot an incredible 58% clip from the field.

The Lakers, who were without young guns Lonzo Ball and Brandon Ingram, got 33 points, 8 assists and 6 rebounds from James. It was another stinging defeat for the Lakeshow, as they drop to a 31-39 record, now virtually out of contention for the playoffs.

It was an incredible display of stars as Joel Embiid and the Philadelphia 76ers beat Giannis Antetokounmpo and the Milwaukee Bucks, 130-125. Embiid dominated down low with an impressive stat line of 40 points, 15 boards, 6 assists and 3 steals, while Jimmy Butler contributed 27 markers, 6 rebounds and 3 interceptions. Philly was up 116-103 with only three minutes remaining in regulation before the Bucks mounted a comeback attempt to cut the deficit. Antetokounmpo converted on an and-one dunk off the post to cut the Sixers’ lead to four, but a Ben Simmons putback dunk on the other end ultimately iced the victory for the visiting team. The win improves Philadelphia’s record to 45-25, a full game ahead of the Indiana Pacers for the third seed in the Eastern Conference.

Antetokounmpo, one of the leading candidates for the MVP award this season, topscored with a massive career-high of 52 points, including 35 in the crucial second half. The Greek Freak also grabbed 16 rebounds and dished out 7 assists. All-Star teammate Khris Middleton tallied 19 points, 7 boards and 6 assists in the loss. The Bucks arrested their two-game winning streak, but still have the best record in the league with 52-18.

Pistons turn back Kawhi and Raps

The Detroit Pistons showed excellent composure down the stretch as they held off the 2nd-seeded Toronto Raptors, 110-107. The Pistons frontcourt duo came through with outstanding performances, with Blake Griffin tallying 25 points and 8 rebounds, and Andre Drummond scattering 15 markers and 17 boards. With the game tied at 100 under the two-minute mark of regulation, Drummond would deliver the goods as he converted two free throws, and stole the ball that led to a Wayne Ellington transition lay-up. Raptors All-Star forward Kawhi Leonard made two free throws on the other end, but Griffin was able to answer with a post bucket to put Detroit up by four. The Pistons now have a 36-34 record, maintaining a full game lead over the Brooklyn Nets for the sixth spot in the East.

Leonard led the charge for Toronto with a game-high 33 points and 10 boards, while back-up point guard Fred VanVleet returned from a long injury lay-off to chip in 17 markers off the bench. The Raptors are now sporting a 50-21 win-loss record as they chase the Milwaukee Bucks for the top spot in the conference.

It was another gut-wrenching win for the Los Angeles Clippers as they hacked out a 119-116 victory over D’Angelo Russell and the Brooklyn Nets. Lou Williams came through with the buzzer-beating game-winner, on top of 25 points and 6 boards off the bench. Danilo Gallinari had an all-around outing for the Clippers as he finished with 20 points, 11 rebounds and 5 assists, while big man Montrezl Harrell came off the bench to scatter 20 markers, 10 boards and 3 blocks. With the Clippers up by eight points with under a minute remaining in the final period, the Nets stormed to an incredible comeback to tie the game at 116 off a Russell dish to the cutting Jarrett Allen for the open dunk. But it proved to be the last hurrah for Brooklyn, as Williams converted on a difficult three-pointer at the top of the key to give the Clips their 41st win of the season.

Russell came through with a game-high 32 points, 10 assists and 5 boards, while veteran combo forward DeMarre Carroll contributed 22 points and 7 rebounds off the bench. The loss drops the Nets to a 36-36 record, good for the 7thspot in the East.