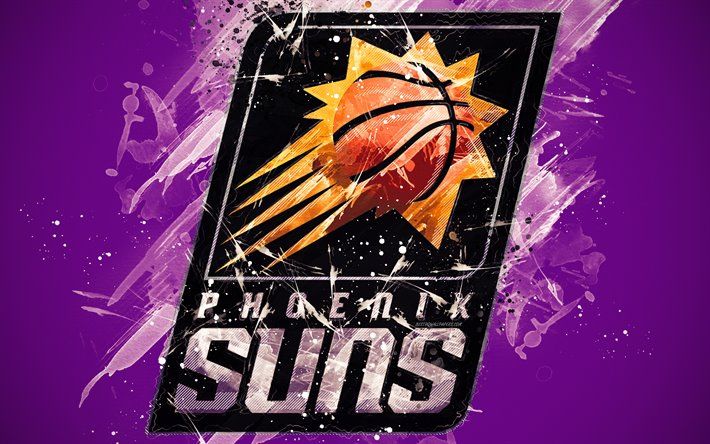 The Phoenix Suns remained in the hunt for the eighth and ninth spot in the Western Conference after a come-from-behind win over the Oklahoma City Thunder on Monday in Lake Buena Vista, Florida. Phoenix remains as the only undefeated team since the restart, improving to 6-0 inside the NBA bubble.

Devin Booker had another solid game for the Suns, as he finished with 35 points on top of five rebounds and four assists. Mikal Bridges and Cameron Johnson tallied 18 points apiece, while Dario Saric added 16 points and nine rebounds for the Suns.

The win helped the Suns improve their record to 32-39. From being tagged as one of the teams that are unlikely to make the playoffs, Phoenix is now just half-game behind the ninth-place Portland Trail Blazers and a game behind the eighth-place Memphis Grizzlies.

There will be a play-in for the final playoff ticket between the eighth and ninth teams, where the eighth team will get a double elimination advantage. While they have put themselves in a better position in the standings, head coach Monty Williams is not in a celebratory mood, saying that they have yet to accomplish anything.

"We haven't accomplished anything," Williams said via ESPN. "That may sound like coach-speak, but we dug ourselves a hole with our record. We scrapped all year long and won some games, but it's been an uphill battle."

DeAndre Ayton was almost ruled out for the game because he missed the COVID testing on Sunday. Good thing for the Suns, the 22-year-old was able to get tested on Monday morning, and the results arrived in time for him to rejoin the team while the game is ongoing.

His absence almost cost them the win, as the Suns were clearly out of rhythm to start the game. The Thunder led by 14 points after the first quarter, but the Suns bounced back to take a one-point lead at the half. They unleashed an 11-2 run to the start the second, and never looked back en route to the win.

Ayton eventually finished with 10 points and six rebounds. Coach Williams said that they are not taking it against Ayton because he pointed out that it was not intentional, admitting that he himself is sometimes confused if he was able to get tested or not on schedule.

"You have to be able to give people grace," Williams said via AZ Central. "It wasn't intentional and thankfully he was able to get tested early enough to get the results back so he could come and play. The guys received him with open arms because we all understand we're human. We have to be better. We know that, but he's not only one that's done since we've been here. It just happens."

On the other hand, Darius Bazley led the Thunder with 22 points and 10 rebounds, while Abdel Nader finished with 15 points. Veteran point guard Chris Paul racked up 14 points, seven assists, five rebounds, and two steals for the short-handed Thunder squad.

Kyle Kuzma knocked down a game-winning three-pointer to lift the Los Angeles Lakers to a 124-121 win over the Denver Nuggets on Sunday to end their three-game skid.

With the game tied with only 4.8 seconds left to play, Lakers coach Frank Vogel drew an impressive play that gave Kuzma a wide-open look from beyond the arc, and the young forward did not disappoint. Kuzma appreciated his coach's trust in him, admitting that it was a play that they have been running in practice very well.

"Coach had faith in me, called my number and it paid off," Kuzma said via ESPN. "It just shows that my teammates and my coaches, they trust in me, the trust they have in me, every time we ran that play in practice, I've kind of hit that shot. Obviously, the play 9 out of 10 times is going to LeBron, but they called my number.  It's all about trust."

Kuzma finished with the best-scoring game in the bubble with 25 points on 11-for-16 shooting, including a 3-for-5 clip from beyond the arc. LeBron James led the team with 29 points on top of 12 rebounds, while Anthony Davis also did a lot of damage with 27 points, six rebounds, five assists, three steals, and two blocks.

The Lakers looked like the team that most of their fans are expecting them to be after a string of disappointing performance in the seedings. James said that Kuzma should continue to step up and play like the third superstar of the team if they want to seriously contend for the title this season.

"I couldn't be prouder of our group," Nuggets coach Michael Malone said of his team. "They played extremely hard against the No. 1 seed in the Western Conference. It was the fourth time we played them and every game has been a battle down to the wire. For us to sit out starters the whole fourth quarter and to have the guys on the bench out there giving them all they could handle, it was a heartbreaker. It's always tough,  but just so proud."

With the loss, the Nuggets dropped to 46-25, which hurt their chances of moving up to the second spot in the West, as they are now 1.5 games behind the Los Angeles Clippers. They are now just a game ahead of the fourth-place Rockets with two tough assignments left in the bubble -- against the Clippers and the Toronto Raptors.

Dallas Mavericks Keep Hope of Finishing Sixth in the West

The Dallas Mavericks still have a shot to finish seventh in the Western Conference after running away with a come-from-behind 122-114 victory over the Utah Jazz. The Mavericks are looking to overtake the Jazz in the standings to avoid a first-round showdown with the Clippers, who are one of the favorites to win the championship this season.

Playing without superstars Luka Doncic and Kristaps Porzingis, the Mavericks leaned on Tim Hardaway Jr., who finished with 27 points on 11-for-15 shooting from the field to go along with four assists and three rebounds. Seth Curry also had a productive game with 22 points, while Boban Marjanovic posted 20 points and nine boards.

Dallas trailed by as much as 22 points in the second half but managed to pull off the stunning win. Dallas coach Rick Carlisle had nothing but praises for the Mavericks, who still have a slim chance of moving to sixth and fifth in the Western Conference playoff race.

"I loved the comeback," Carlisle said via ESPN. "I love winning. I hate losing. I love winning for the feeling that our guys get from doing something together."

The Miami Heat silenced TJ Warren en route to a 114-92 win over the Indiana Pacers. The Heat-Pacers match is one of the most highly anticipated games in the bubble because TJ Warren and Jimmy Butler had a heated encounter in their previous meeting.

Butler had the last laugh on Sunday, as the Heat limited Warrant to just 12 points on 5-for-14 shooting, which is far from his production in the seeding games. Heading into the game against the Heat, Warren leads all scores in the bubble with 34.8 points per game, highlighted by a 53-point performance in their first game since the restart.

Butler, on the other hand, led the Heat with an all-around performance. The veteran guard ended up with 19 points and 11 rebounds to go along with five assists, four steals, and a block. His performance did not go unnoticed, as Heat coach Eric Spoelstra gave a lot of credits to his superstar.

"He was dictating the game," Spoelstra said of Butler via ESPN. "The ball was going through him. That's the definition of a go-to player."

The Heat are now in solo fourth in the East with their 44-27 record just a game ahead of the 43-27 Pacers. The two teams are likely to meet again in the first round of the 2020 NBA Playoffs.