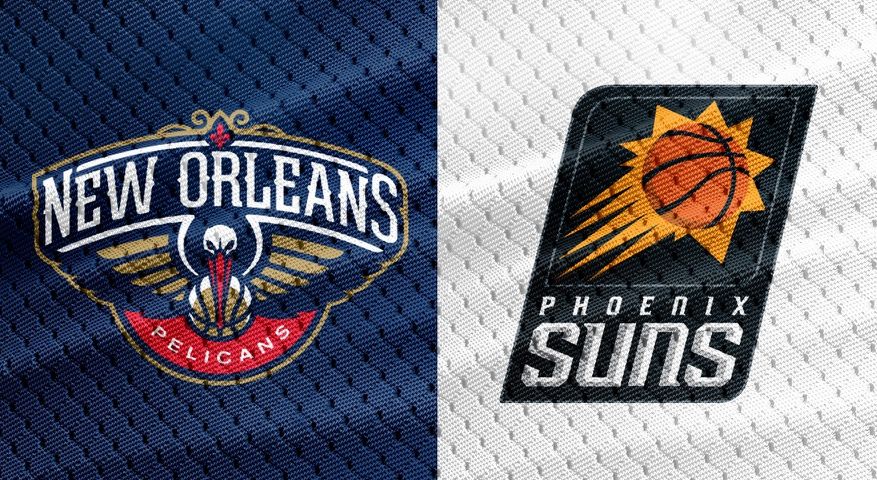 The 35-year-old Chris Paul is aging like fine wine, there is no doubt about that. Paul, who is in his first year with his new team, steered the Phoenix Suns to a character-defining 132-114 victory over Zion Williamson and the New Orleans Pelicans.

Paul only came up with 15 points in the win, but he also dished out a game-high 19 assists. The veteran All-Star point guard was the driving force for the Suns’ outstanding fourth quarter stand that saw them mount an eleven-point deficit and finish the game with a massive 18-point advantage.

Devin Booker topscored for the Suns with his 23 points, while frontcourt star Deandre Ayton came through with a double-double performance of 16 points and 16 rebounds. Veteran 3-and-D stalwart Jae Crowder came off the bench to chip in 20 points, while stretch power forward Frank Kaminsky contributed 17 markers in the hard-fought win.

After the win, Suns head coach Monty Williams chimed in his thoughts on the incredible resiliency that his team showed last night. Williams also took the time to single out Ayton’s performance on both ends of the floor and how he is soaking up all the advice and learnings he is getting from the team’s more experienced veterans. (h/t Kellan Olson of Arizona Sports 98.7 FM)

“He plays on both ends of the floor. Defensively, he was sound for sure and a star in moments, but when he’s able to put pressure on the rim and  generate shots — Jae and Cam (Johnson) and Chris don’t get those shots without DA putting pressure on the rim. It was either give up the 3 or DA at the rim, so that’s the sacrifice that he makes when he dives to the basket. It’s just good for him to have those moments because I know it  gives him confidence. Everybody on our team roots for DA. They hear all the narratives around his name and we value what he does for us on   both ends of the floor.

That’s the resiliency and the relentless play that we’ve talked about that we have to have. It wasn’t going our way pretty much the whole  game. You could just feel it was a bit funky.”

Ayton, who is now in his third year in the NBA, has grown into a more complete player this season. His 14.0 points production is actually the lowest output in his young career in the league, but it is also true that he has been an anchor for the Suns on both ends of the floor.

Ayton is hauling in a career-best 12.4 rebounds per game, and he is producing 1.8 assists and 1.0 blocks to provide further boost to his double-double stat line. There is also the fact that he is norming a career-high 59%  overall clip from the field, a great testament to the benefit of having a proven playmaker like Paul dictating the offense of the team.

As per Gina Mizell of NBA.com, Williams also talked about the impact of bringing in Paul’s court smarts and overall brilliance to a fairly young Suns squad. The Suns were coming off an impressive undefeated run in the Orlando bubble last season, but did not have the regular season record enough to book a ticket to the playoffs.

But with Paul’s elite playmaking and high level of competitiveness, the Suns are now off to a great record of 18 wins against 10 defeats to start the season. At this point, the Suns are making a case towards a home court advantage in the first round of the playoffs. Williams attributed this level of success to how he and Paul is steadily developing a partnership that allows both of them to communicate their thoughts and strategies to each other.

Williams also deliberately picks Paul’s brain on execution and  preferences, such as where he wants Deandre Ayton to set a screen or  where Paul is most effective with the ball in his hands, in an effort to construct “our vision,” rather than diminish Paul’s Hall-of-Fame talent in the way the coach believes he did in the past.

“I hope there’s a level of trust between us that, if I really want to do            something, he knows it. If I feel like he really wants to do something, I  know he trusts the feeling I have toward him in those moments. So I   think that’s grown over time.”

Paul, who is a ten-time All-Star and a four-time season leader for assists, also steered a relatively young and inexperienced Oklahoma City Thunder team to the playoffs last season. He helped mentor an up-and-coming star in Shai Gilgeous-Alexander, then taught a scoring point guard like Dennis Schroder to be more efficient with his offense.

Frankly, this is just what Paul does as a player and as a leader. He brings a winning mentality wherever he goes, and his on-court abilities make him an elite two-way star who can cover almost everything on both ends of the floor.

On top of that, Paul is not showing any signs of decline at this stage of his long and productive career. He is putting up impressive all-around numbers of 17.1 points, 4.7 rebounds, 8.6 assists and 1.3 steals per contest, including a stellar 38%  clip from the three-point line. The great thing about what he does for the Suns is that he is also trusting his guys on taking over games.

As per Tim MacMahon of ESPN, Paul reiterated that he has always been confident in his teammates’ abilities, particularly with Devin Booker’s unique abilities of creating shots for himself especially during the most crucial moments of a game.

"All the confidence in the world," said Paul -- who had 34 points, nine          rebounds and nine assists -- when asked how he felt when Booker caught    the pass. "When I spun and knew Book was coming there, I could see him.    His eyes were huge. He knew he wanted the ball -- big-time shot.

I was telling the guys in the locker room that I don't know if I can ever retire because the emotional roller coaster that you go on during a game -- like for real, for real -- there's no high like that," Paul said. "The energy when you're pissed and mad, and then the joy when you win  the game. It's really nice to get a win like this with this group of guys    that we've got."

As for the Pelicans, this is indeed another disappointing loss. They had the eleven-point lead entering the final quarter, but failed to close out the game. They gave up a massive 41 points to the Suns in the payoff period, and they scored only 12 points during that embarrassing span.

This is still a very young squad, but that is not an excuse especially if you go down by almost 30 points in just one quarter. Brandon Ingram led the charge for the Pels with 25 points and 2 steals, while Zion Williamson came up with an all-around stat line of 23 points, 5 rebounds and 4 assists. Lonzo Ball also chipped in an all-around performance of his own as he tallied 21 points, 12 assists, 3 steals and 2 blocks.

As per the Pelicans.com, New Orleans head coach Stan Van Gundy sounded off on the loss, saying that the team got “stagnant” on the offensive end of the floor. Van Gundy also emphasized that they have the talent and the ability to be successful this season, but it is all about maintaining a high energy level throughout the entirety of a ball game.

“I think that is a little simplistic. We played three good quarters  against a very, very good team who has been on a good roll and we got dominated in the fourth. I thought we got very, very stagnant offensively…very one-on-one. We have not had that problem in quite a while. We did have it some early in the year and then [the Suns] were hitting us with haymakers on the other end and it just snowballed. They were scoring, we were facing set defense, we were stagnant. I probably should have had us in some different stuff offensively. We had a disastrous quarter and we have had some of those this year, where it has been one quarter that has really changed the whole game, and tonight it was the fourth.

I don’t think we are lacking anything. I think we have the talent. I think we’ve got the ability to do it. I don’t think we are lacking anything. I just have to push the right buttons at those moments and our energy level has to go up instead of down. To me, it is that simple. I did not do a good job tonight on the offensive end of the floor in the fourth quarter and we didn’t really do a good job much of the night on the defensive end. We are still really searching for answers there.”

The Pelicans have now lost five of their last six games. This is after an impressive four-game winning streak that saw them hack out wins against the Houston Rockets, the Memphis Grizzlies, the Indiana Pacers, and ironically, the Suns.

However, the Pels’ performance on the defensive end definitely needs more bite to it. With the exemption of their 144-113 victory over the injury-plagued Memphis Grizzlies, the Pelicans have given up at least 123 points to their opponents in the last six games. The crazy thing is that none of those games entered the overtime period, so it says a lot about the team’s efficiency on the defensive end of the floor.

But the bright spot in these string of disappointments is Lonzo Ball’s much improved production on both offense and defense. Lonzo has now produced 21 points in each of these two losses, and his three-point shooting has taken on another level. Lonzo drained six hits from beyond the arc last night, and he also had five triples in their two-point loss to Damian Lillard and the Portland Trail Blazers the other night.

Lonzo’s drastic improvement in his long range marksmanship is definitely a positive takeaway this season, and it is a testament to his oozing potential and excellent work ethic. Still, this loss to the Suns is indeed an embarrassment, especially during that measly fourth quarter. Lonzo says that the team has to make the defensive stops when it matters most, and that they have to do a better job of cushioning blows especially when opponents make a huge run that could shift the momentum of the game.

“I’ve got to watch the film, but just being in the game and seeing it for          a little bit, I think us not getting stops kind of demoralized us on the               offensive end. When we see them hitting threes back-to-back-to-back and   we weren't really getting any real ball movement or any good shots or generating any type of pretty good offense, and over the course of the fourth quarter it just kind of got worse and worse.

Yeah, I mean it's going to be really hard to beat quality teams when you have stretches like that, especially in the fourth quarter. For us, we’ve got to rely on our defense and tonight it wasn't there in the fourth, and that's what happened, and they blew the game open because of that."

The Pelicans are currently sitting on the 12th spot in the Western Conference as they are sporting a record of 12 wins against 17 defeats. They have already lost the first two nights of their four-game home stand, but they will have the chance to bounce back when they go up against Jayson Tatum and the Boston Celtics, followed by a match-up against Jerami Grant and the Detroit Pistons.